Prime Minister Narendra Modi and US President Joe Biden on Friday remembered Mahatma Gandhi, a week ahead of his birth anniversary on October 2, recalling the values advocated by the apostle of peace of non-violence, tolerance, respect and human trusteeship. 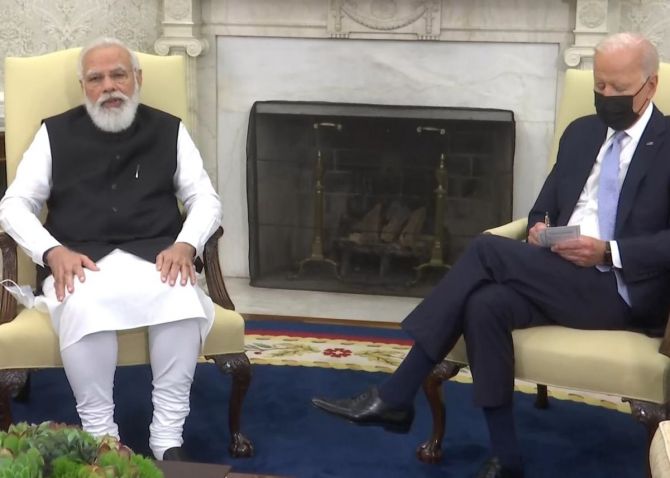 ”The world celebrates Mahatma Gandhi's birthday next week. We're all reminded that his message of non- violence, respect, tolerance, matters today maybe more than ever,” Biden told reporters in the Oval Office of the White House as he welcomed prime minister Modi.

In his remarks, Modi also remembered the revered freedom fighter. "President Joe Biden mentioned Gandhiji's Jayanti. Gandhiji spoke about trusteeship, a concept which is very important for our planet in the times to come," the prime minister said.

Gandhi's concept of trusteeship is a social and economic philosophy aiming to bring justice in society. It provides a means by which the wealthy people would be the trustees of the trust (Earth) that looked after the welfare of the people in general. Gandhi believed labour was a superior capital as means of production.

”It (trusteeship) means that the planet that we have, we have to bequeath it to the following generations. And this sentiment of trusteeship is going to assume more and more importance globally, but also between the relations of India and the United States,” Modi said.

Modi, who is visiting the US for the 7th time after assuming office in 2014, described Friday's bilateral summit with Biden as important as they're meeting at the start of the third decade of this century.

US President Joe Biden on Friday shared some moments of banter with Prime Minister Narendra Modi when they met at the White House for their first in-person bilateral meeting, and said that the Indian press is "much better behaved" than the American press.

Prime Minister Modi, who is visiting the US for the 7th time after assuming office in 2014, was received by President Biden at the White House.

Soon after Biden and Modi greeted each other, the US President led Modi to the chairs in the Oval Office where they were scheduled to sit and hold talks in front of the media.

As the two leaders took their respective seats, Biden said: ”I think what they're going to do is bring in the press. The Indian press is much better behaved than the American press...

”And I think, with your permission, we should not answer questions because they won't ask any questions on point.”

Modi then replied, saying he completely agreed with him as they began their talks.

While the two leaders have met earlier when Biden was the vice president of the country, this is for the first time that Biden is meeting Modi after he became the 46th president of the US in January.

Both Biden and Prime Minister Modi have spoken over the phone multiple times and have attended a few virtual summits, including that of the Quad in March hosted by the US president. The last telephone conversation between them took place on April 26.

“When I showed the PM to his seat, I pointed out that the seat is occupied almost every day by an Indian American (US Vice President Kamala Harris). Vice President's mother was from India -- a scientist and a remarkable woman,” Biden remarked at the bilateral meet with PM Modi.

Biden recalled his visit to Mumbai as the US vice president and, in a lighter vein, said, "The Indian press asked me if I have any relatives in India... Someone from the Indian press said you have five Bidens in India."

Modi replied, "You mentioned about people in India with the 'Biden' surname and had discussed the same with me. I hunted for some documents, I have brought them with me. Maybe these will help you out." 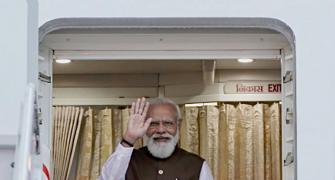 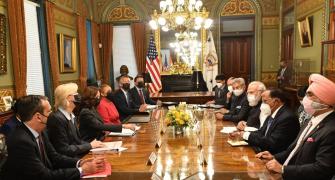 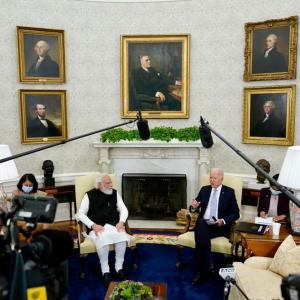 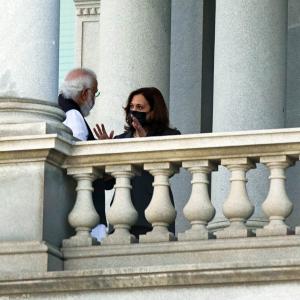