Aaji (grandmother in Marathi) had come personally to assure 'Saheb', as Uddhav is known to the Sena faithful, of the cadres's support.

For Maharashtra's embattled chief minister who confronts the biggest challenge in his political career, Aaji's blessing must have provided some relief in a week of relentless bad news. 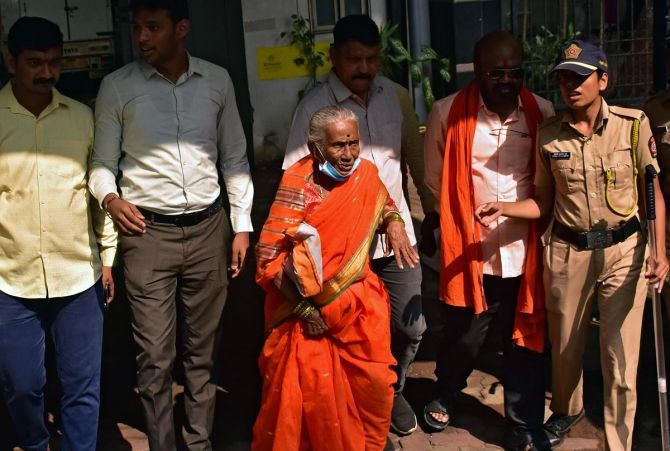 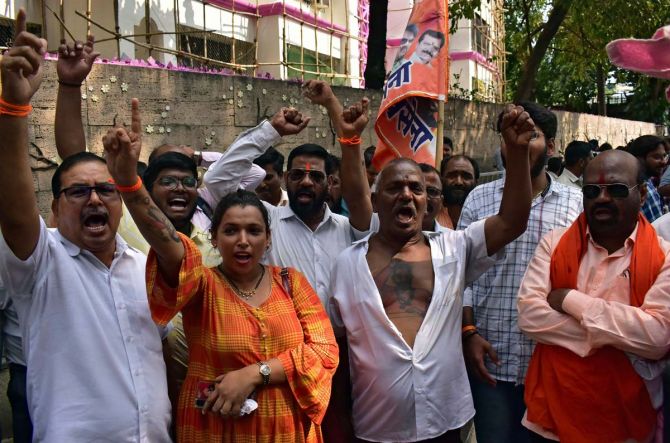 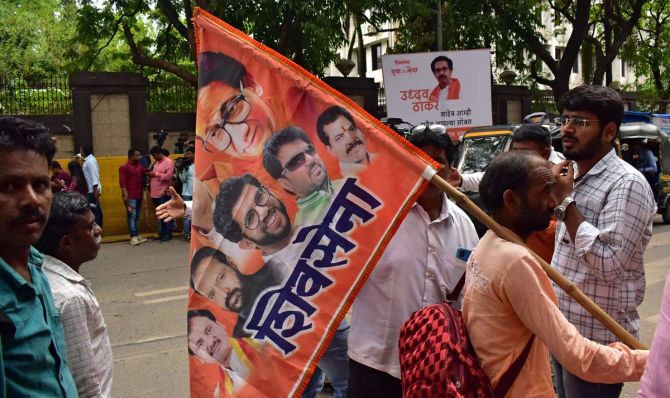 IMAGE: Shiv Sena supporters have turned up in numbers to shout encouragement to Uddhav outside Matoshree after he returned to his ancestral home on Wednesday night, leaving Varsha, the chief minister's bungalow, in south Mumbai. 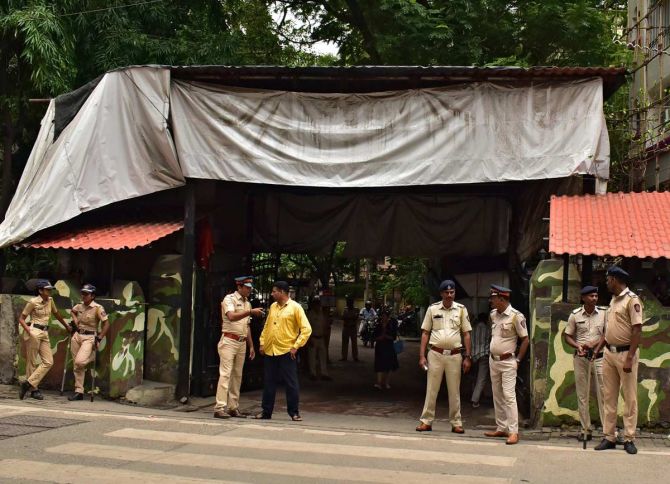 IMAGE: The police post guarding the lane to Kala Nagar, the artists's enclave, where Bal Thackeray, his wife Meenatai and their three sons settled down in the 1960s. 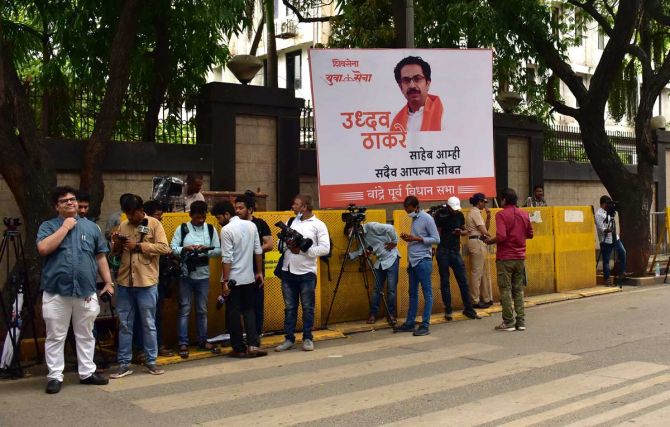 IMAGE: The media stationed outside Matoshree. 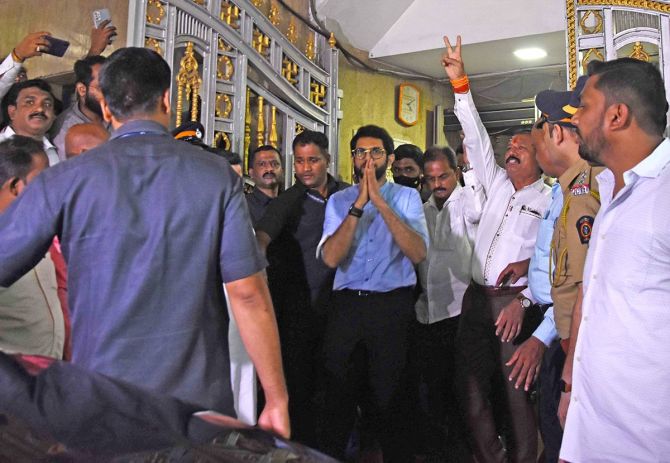 IMAGE: Security personal stationed at the gates of Sena Bhavan earlier in the day, in anticipation of Aaditya's visit. IMAGE: The police presence has been constant outside Sena Bhavan since March 1993, when one of the bombs that went off in the city on that terrible day exploded in its vicinity. 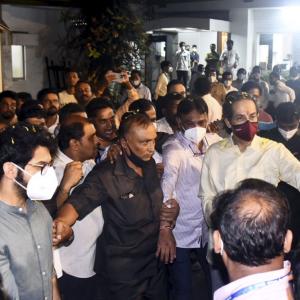 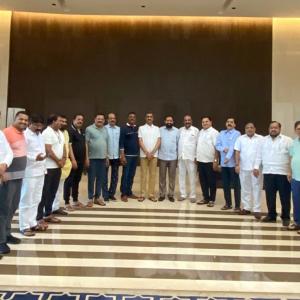