A gradually weakened cyclone Vayu is likely to reach coastal Saurashtra and Kutch in Gujarat as a depression by Monday evening, the latest bulletin of the India Meteorological Department stated on Saturday. 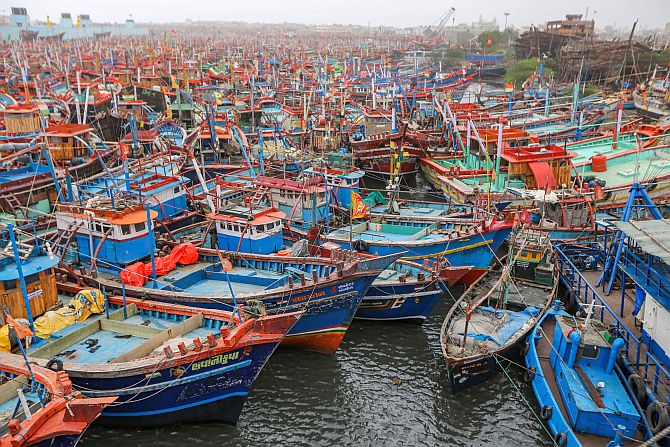 IMAGE: Fishing boats parked at Veraval Port ahead of the expected landfall of Cyclone Vayu in Veraval. Photograph: PTI Photo

"The system is very likely to move westwards during next 24 to 36 hours with gradual weakening and recurve northeastwards thereafter and reach coastal Saurashtra and Kutch as a depression by the evening of June 17, 2019," it further said.

The IMD said that the impact of Vayu had led to heavy to very heavy rainfall in isolated places in Saurashtra, while the entire state received scattered rainfall on Saturday. 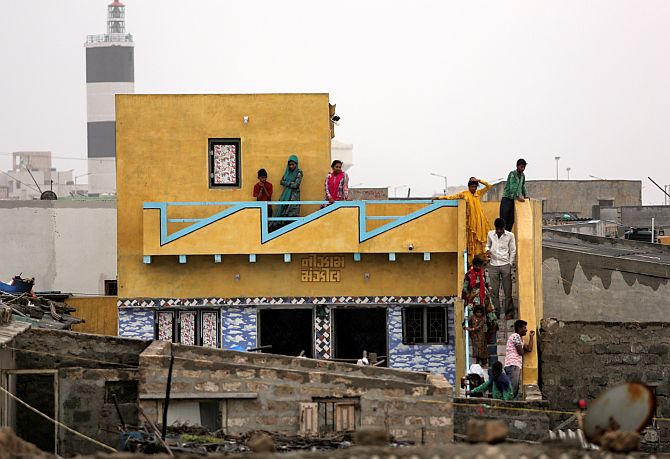 Because of the impact of the cyclone, Sutrapada taluka of Gir Somnath received 108 mm rainfall in 24 hours till Saturday morning, while Talala in the same district received 102 mm rainfall, it said.

In a tweet, Gujarat Additional Chief Secretary Pankaj Kumar said, "#CycloneVayu is still maintaining its intensity. Rainfall activity is set to decrease along the coast and the interior parts of #Gujarat, while the western parts of the state will continue to receive light to moderate rains."

On Friday evening, M Rajeevan, secretary of the ministry of earth sciences had said that Vayu was likely to recurve on June 16 and hit Kutch on June 17-18. 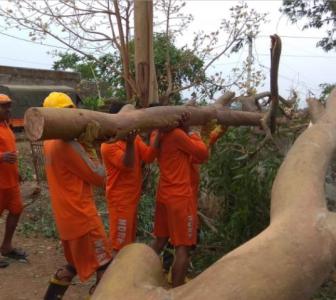 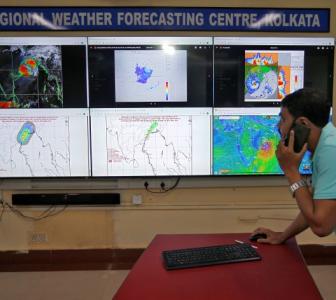 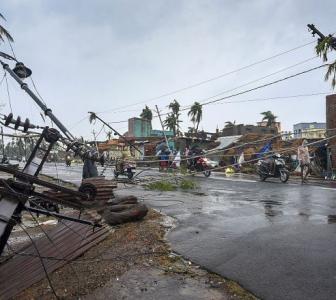 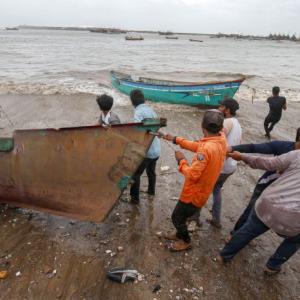 Over 3 lakh evacuated as Guj braces for Cyclone Vayu