When a reporter asked Trump at his press conference on Tuesday, 'While you've been here in the country, in the capital in the north east part of Delhi, there have been violent clashes. Police have been killed, some demonstrators, nine deaths so far, we hear, and about 100 plus injured. What did Prime Minister Modi say to you about this amended citizenship law, and how concerned are you about this kind of religious violence?'

'I asked that question in front of a very large group of people today,' Trump added, 'and he talked about it. We talked about it for a long time, and I really believe that's what he wants. As far as the individual attack, I heard about it, but I didn't discuss that with him. That's up to India.'

Later in the press conference, a BBC correspondent asked Trump: 'There was some back home that were hoping you would raise concerns about some of these policies that Prime Minister Modi has introduced that discriminate against Muslims, and also about a rise in hate crimes here in India.'

'Well, we did discuss that,' Trump responded. 'We discussed that and specifically Muslims, and we also discussed Christians... I had a very powerful answer from the prime minister. We talked about religious liberty for a long period of time in front of a lot of people. I had a very, very, powerful answer.'

Then, startlingly, this revelation: 'As far as Muslims are concerned, as he told me, I guess they have 200 million Muslims in India. A fairly short while ago they had 14 million. He said that they were working very closely with the Muslim community.'

Did Prime Minister Narendra Damodardas Modi tell President Trump that the Muslim population in India had risen from 14 million 'a fairly short while ago' to 200 million currently?

Uttam Ghosh offers his take on the contrasting events of these couple of days: The leaders schmnoozing at parades and banquets while in another part of India, lives and livelihood destroyed perhaps forever. 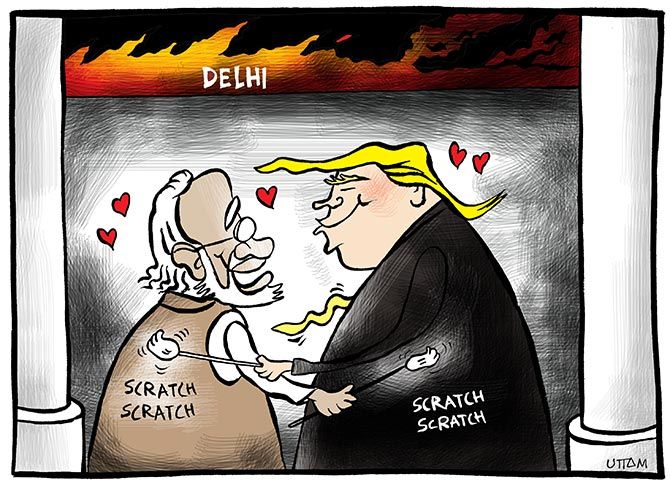 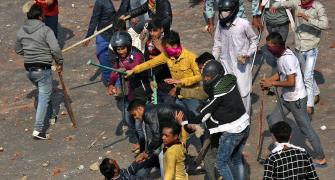 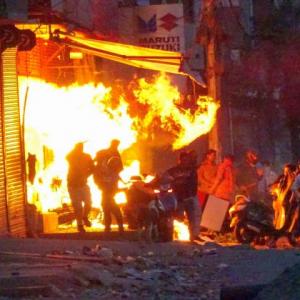