The buildup of Chinese armed forces is continuing 'unabated' and Beijing's goals appears to be power projection beyond Asia and to challenge America's freedom of action in the region, a top US admiral has said.

The Admiral's comments came in a testimony to the Congress armed services committee and raised concerns that whether Beijing harboured global military ambitions.

"Of particular concern is that elements of China's military modernisation appear designed to challenge our freedom of action in the region," Willard said.

Elaborating, the top American Admiral said China had augmented its submarine and air defence fleet, which was now the dominant presence in crucial Asian waters in South China Sea, East China Sea and the Yellow Sea and these forces constituted 'anti-denial and anti-access' capability against the American and regional forces.

"The PLA navy has increased its patrols throughout the region and has shown an increased willingness to confront regional nations on the high seas and within the contested island chains. Additionally, China lays claim to the Senkakus, administered by Japan, and contests areas on its border with India," Willard said.

The US armed forces officials also told the Congressional committee that over the past several years, Beijing had begun a new phase of military development by beginning to articulate roles and missions for the PLA that go beyond Chinas immediate territorial concerns, but has left unclear to the international community the purposes and objectives of the PLAs evolving doctrine and capabilities.

In his opening remarks, Senator Carl Levin, Chairman of Senate Armed Services Committee said as China's influence and military grow, traditional alliances and partnerships in the region may come under pressure from a perception that the balance of power is shifting.

And other countries in the region may deem it necessary to grow their militaries as well. Such developments need to be understood and inform our decision making.

China's growing involvement with Iran, including investment in the Iranian energy sector, is an example of China's global influence expansion efforts, he said. 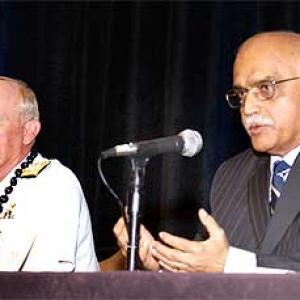