Terming China a "bully", a top American lawmaker has voiced concern over the "Chinese aggression" against India, urging Beijing to "respect norms" and use diplomacy and existing mechanisms to resolve its border standoff with New Delhi.

"I am extremely concerned by the ongoing Chinese aggression along the Line of Actual Control on the India-China border," said Congressman Eliot Engel, Chairman of the House Committee on Foreign Affairs.

"China is demonstrating once again that it is willing to bully its neighbours rather than resolve conflicts according to international law," he said.

Engel's comments have come in the backdrop of the continuing standoff between the militaries of India and China at the Line of Actual Control.

"Countries must all abide by the same set of rules so that we don't live in a world where 'might makes right'. I strongly urge China to respect norms and use diplomacy and existing mechanisms to resolve its border questions with India," Engel said in a statement.

The statement comes a day after China said that the overall situation at the border with India was "stable and controllable", and both the countries have "unimpeded" communication channels to resolve the issues through dialogue and consultations.

"China has been implementing the consensus between the two countries' leaders. We have been committed to upholding our national sovereignty, security as well as stability along the border".

"Now the overall situation in our border areas is stable and controllable. We have unimpeded communication channels and we hope and believe through dialogue and consultations we can properly resolve the relevant issue," Chineseforeign ministry spokesman Zhao Lijian told reporters in Beijing.

He was responding to a question on defence minister Rajnath Singh's remarks that India will not let its "pride be hurt" in its latest border flare-up with China but is determined to settle the dispute through talks between the giant neighbours.

"I want to assure the country that we will not let India's pride be hurt in any circumstances," Singh said in an interview to a news channel on Sunday.

India said it was engaged with China to peacefully resolve the border row.

"We are engaged with the Chinese side to peacefully resolve it," external affairs ministry spokesperson Anurag Srivastava said, replying to questions at an online media briefing.

Both India and China have rejected US President Donald Trump's offer to mediate to settle the current standoff between the militaries of the two countries.

"The two sides have established mechanisms both at military and diplomatic levels to resolve situations which may arise in border areas peacefully through dialogue and continue to remain engaged through these channels," Srivastava said. 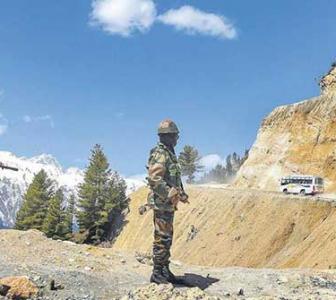 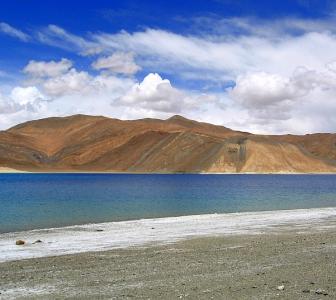