'We will not accept these misadventures by the Chinese.'

"We are hoping that it gets resolved early. But if it doesn't, then it could be bigger than what we have seen in the past," Lieutenant General D S Hooda (retd), former Northern Army Commander under whose command Indian Special Forces conducted the surgical strikes in September 2016, tells Archana Masih/Rediff.com. The first part of a two-part interview:

Is the confrontation between India-China along the Line of Actual Control in Eastern Ladakh the biggest confrontation after the Dokalam stand-off in 2017?

I won't call it 'biggest' because we don't know how it will pan out ultimately. We are hoping that it gets resolved early. But if it doesn't then it could be bigger than what we have seen in the past.

The more important part here is that it is different this time. This transgression is more serious than the past.

Earlier it was localised to one area -- like in Dokalam.

For example, you knew exactly what the requirements of the two sides were, one side would say we want to build a road, the other side would say we don't want you to build it... But this time the geographical spread is enhanced -- including Pangang Tso (the lake which extends from Ladakh to Tibet ) and some other areas and in Sikkim.

The troops involved are also more.

We haven't seen this kind of physical violence (along the Line of Actual Control, the border separating India from China) in the past.

We are not sure what the Chinese want. When intentions are not clear, then both sides start making assumptions about those intentions which leads to more risky behaviour on both sides.

It is serious and I hope it gets resolved. What are the dangers of it escalating?
After facing criticism about hiding information about the COVID-19 outbreak and flexing its muscle in Hong Kong -- would Xi Jinping want the confrontation to escalate to strengthen his domestic image?

The intention is to put pressure on India. There is also an element of coercion in it.

Otherwise, why would China be doing this at a time when the world is battling with coronavirus and China, in particular, is battling a trade war with the US.

The message they are trying to give is 'Don't think we have been weakened. We still remain a powerful country'. That's the kind of message they are sending out to the South Asian region and to India.

It could escalate if these are the larger intentions behind China's goals.

But the fact is that Indians are no pushovers and will not accept these misadventures by the Chinese.

We haven't done it in the past and there is no reason to believe that suddenly we will adopt a completely different attitude.

Therefore, it carries the risk of a bit of escalation.

What is the strategic importance of Pangong Tso and Galwan Valley where the PLA has deployed 5,000 troops and is gradually enhancing temporary infrastructure?

As far as Pangong Tso is concerned there is no real strategic importance. There is a differing perception of a few kilometres along the LAC whether it lies this side or that side.

The larger strategic importance is the Galwan river valley which lies close to our main highway running north into the strategically important areas of Daulat Beg Oldi and leading up to the Karakoram Pass.

That road is strategically important for us. If they come into that area, then it is a matter of concern. You have earlier written that Chinese transgression into areas like Galwan was worrying as there was no dispute between the two sides in that area. Why has this particular area become contentious?

The Chinese are trying to put pressure in some areas that they feel are strategically important for India. The area around Daulat Beg Oldi, the Shyok river access and the road which runs in this area.

That's why it is not like past transgressions which mostly happened in areas where there was some dispute about the alignment of the LAC. This is much more widespread and in areas that were completely settled.

That is why it is worrying that in areas where you never had a dispute, new frontiers are being opened up.

It is obviously an attempt to try and put some pressure on India. It is not related to stopping patrols or building infrastructure.

I think there is a larger Chinese game plan behind this rather than just trying to settle a local dispute in a particular, specific area.

What would this Chinese game plan be?

I don't know. We can keep speculating, but the real answers to those questions will come when both sides sit down to negotiate and the Chinese say this is what we want -- that will give us some indication.

I understand the Border Personnel Meetings between the two military commanders has not yielded any results.

Maybe something is happening at the diplomatic level, so let's wait and see.

We'll get a clearer idea of their intentions then. Dealing with China is always tricky. We have had two informal summits in Wuhan and Mammallapuram aimed at building trust and confidence towards boundary problems. Yet, we encounter stand-offs on and off with the PLA.

There are two separate aspects. We need diplomatic engagement and political leaders to talk to each other because it has its values. These engagements have meaning, but there is are larger strategic interests for both countries.

China sees India as a strategic competitor. India sees China as encroaching in our areas of influence in South Asia.

The China-Pakistan cooperation is not in India's interest. India-China have large strategic and geopolitical differences.

These differences, honestly, can't be bridged by mere summits and meetings. That is a reality we have to live with.

I am not saying diplomacy and talks are of no use, they are, because they help keep conflict and differences under control, but there are some very fundamental strategic differences between India-China which I think are not going to get bridged very easily. Hence, we will continue to see these transgressions. Why haven't India and China reached an agreement on where the LAC lies or on the alignment of the LAC on the map?

The Chinese are not agreeing because they see this as a pressure point.

Once the LAC is aligned, it would mean that there will be no differing perceptions because then it would be marked on a map and clear on the ground.

Consequently, there would be no differing perceptions, but the Chinese have not agreed to demarcate the LAC till now.

They use it as a tool to put pressure on India on the boundary issue. So there are fundamental differences between the two countries which I think are going to persist. 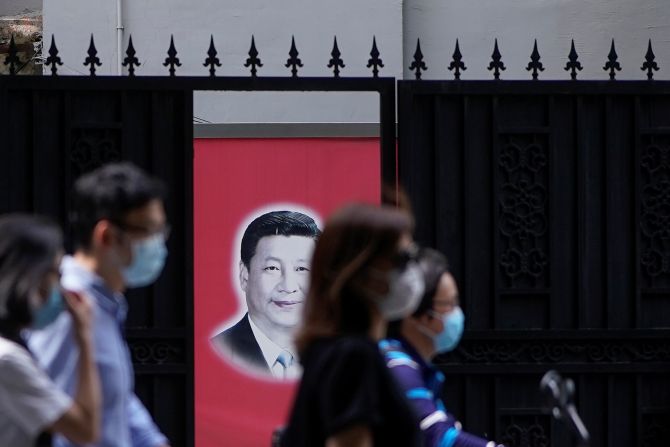