The United Nations has expressed solidarity with India in its fight against coronavirus, with a top official at the world body's health agency praising Prime Minister Narendra Modi's 21-day nationwide lockdown as a comprehensive and robust" response to the raging COVID-19 pendamic. 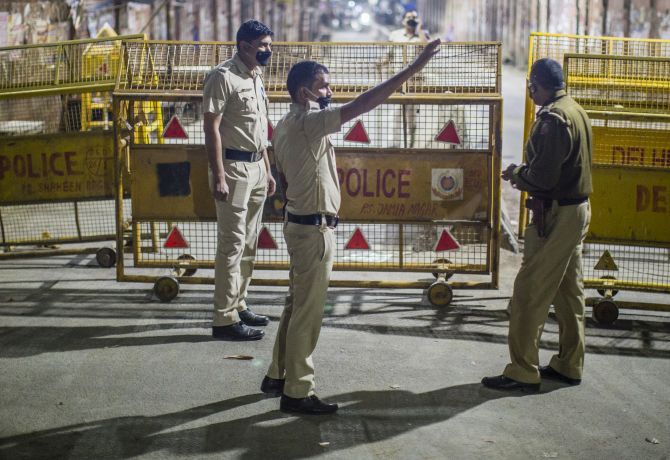 IMAGE: Cops stand guard on a deserted commercial hub as they enforce a lockdown order the government as a preventive measure against COVID-19 in New Delhi. Photograph: Yawar Nazir/Getty Images

Globally, the death toll from the coronavirus has risen to 18,915 with more than 422,900 cases reported in over 165 countries and territories, according to data from Johns Hopkins University.

The number of coronavirus cases in India stood at 562 on Wednesday with nine COVID-19 deaths reported so far, according to health ministry data.

In an attempt to stem the spread of coronavirus in India, Prime Minister Modi on Tuesday announced a nationwide lockdown for three weeks.

"United Nations stands in solidarity with India in its fight against COVID-19,” said a video message tweeted by United Nations News on Tuesday, the UN's multimedia news service.

The video also took note of the 'Janta Curfew' observed across India on Sunday, when the country's 1.3 billion citizens stayed at home from 7 am to 9 pm in an effort to practice social distancing.

Heeding to a call by Modi, people came out on their balconies, windows and courtyards to applaud the selfless work of medical professionals on the frontlines in the fight against COVID-19.

The normally bustling streets across India wore a deserted look throughout the day as people participated in the curfew. The UN News video showed footage of empty roads and urban spaces on Sunday, just two days before Modi announced the nationwide lockdown for three weeks.

"India is on a 21-day lockdown to try and prevent the COVID-19 pandemic from taking hold. The @UN health agency @WHO urged the Gov to take 'aggressive action',” UN News tweeted.

WHO Representative to India Henk Bekedam praised the country's response to the pandemic, describing it as "comprehensive and robust".

"Massive efforts have been made towards prevention and containing the spread, including strengthening surveillance, laboratory capacity, contact tracing and isolation and risk communications," Bekedam said.

He said the prime minister's call for social distancing had received widespread community support across the country.

"It is vital that we come together in solidarity and help in breaking the chain of transmission and flattening the curve," he said.

The WHO and other UN partners have been working closely with the Indian government on preparedness and response measures, disease surveillance, laboratory and research protocols, risk communications, training on infection prevention and control and cluster containment plan, surveillance and tracking of travellers.

Speaking at press briefing in Geneva on Monday, WHO Emergencies Programme Director Mike Ryan had said that it was important for India to ramp up measures at public health and societal level to control and suppress the disease.

"India is a hugely populous country. The future of this pandemic will be determined by what happens to densely-populated countries," he said.

Ryan said India, the world's second most populous country, had a tremendous capacity to deal with the coronavirus outbreak as it has the experience of eradicating the small-pox and polio through targeted public intervention.

"India led the world in eradicating two silent killers and eliminating them from the country," he said on Monday.

Meanwhile, WHO Director-General Tedros Adhanom Ghebreyesus on Monday warned that the coronavirus pandemic was clearly "accelerating" but said it was still possible to "change the trajectory" of the outbreak.

In comparison, it took 11 days to reach a total of 200,000 cases and just four days for the third 100,000 cases to bring the total number of cases worldwide to more than 300,000, he said, estimates that Modi cited as he addressed the nation on Tuesday and announced the three-week long lockdown. 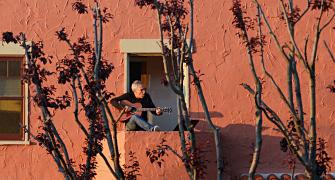 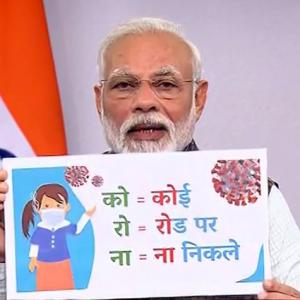 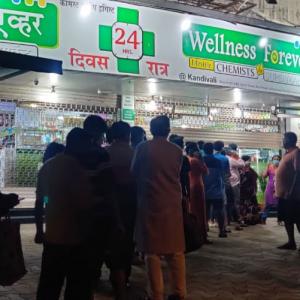