'The Maratha versus OBC friction will increase. A huge chunk of the Shiv Sena’s social base consists of OBCs.' 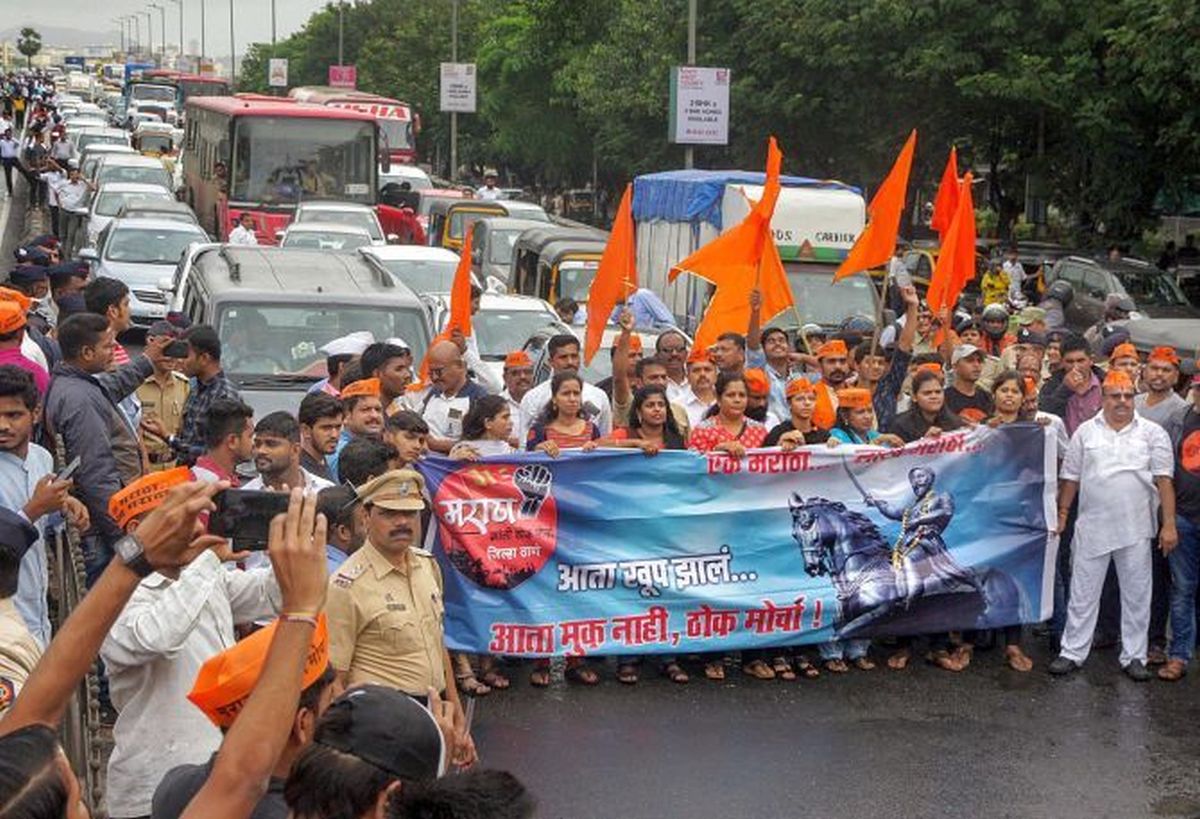 In 2016, a wave of massive yet silent Maratha Kranti Morchas swept through Maharashtra seeking quota for the dominant Maratha community.

Originally meant to protest the gangrape and killing of a Maratha girl in Ahmednagar, “misuse” of the Scheduled Castes and Scheduled Tribes (Prevention of Atrocities) Act, 1989, and agrarian distress, these morchas gradually morphed into a movement primarily seeking quota.

Then, the Bharatiya Janata Party-Shiv Sena combine was in power.

These protests were seen as the handiwork of the Nationalist Congress Party to corner Chief Minister Devendra Fadnavis, a Brahmin.

Though the idea of castes voting as a monolith is a myth, the Sharad Pawar-led NCP has significant support among the Marathas.

In November 2018, the Fadnavis government approved a 16 per cent ring-fenced quota for Marathas in jobs and education.

This came after a similar move by the previous Congress-NCP government fell foul of the courts.

Despite calls for restraint due to the Covid pandemic, Maratha groups like the Sambhaji Brigade and Shivsangram have threatened to revive their agitation.

A fresh round of protests may lead to similar demands by other castes, complicating matters further.

Some Maratha groups like the Brigade and the Maratha Mahasangh have demanded the community be classified as other backward classes (OBCs).

They claim the Marathas (Kshatriyas) are the same as the OBC Kunbis (tillers), who have substantial numbers in Vidarbha and Konkan.

But this demand is resisted by the latter.

The Maratha-Kunbi caste cluster is estimated at 32 per cent of Maharashtra’s population.

The Maratha quota quagmire has created ripples in the MVA, which includes the Shiv Sena, the NCP and the Congress.

The Shiv Sena and the NCP have a strong presence among competing sections like the OBCs and Marathas, respectively.

While Fadnavis has charged that the MVA failed to present a strong case in the SC, Chief Minister and Shiv Sena president Uddhav Thackeray has tried to put the ball in the Centre’s court.

He pointed to how the SC has ruled that under the 102nd amendment to the Constitution, only the Centre could notify socially and educationally backward classes.

But this is easier said than done.

“The Centre acceding to the Marathas will cause a cascading effect as castes in other states like Patidars have made similar demands,” admitted a Congress leader.

Despite this, leaders across party lines admit that considering the dominance of the Marathas in politics, no political formation can antagonise them.

“The Maratha versus OBC friction will increase. A huge chunk of the Shiv Sena’s social base consists of OBCs,” observed a Shiv Sena legislator.

Incidentally, despite its presence among the Hindu Dalits and Marathas, the Shiv Sena opposes caste-based reservations.

The Maratha morchas, which acquired a violent hue in 2018, increased the rift between the Marathas and the upwardly mobile OBCs, who compete for power at the local level.

The BJP used this political opening to build its base among OBCs.

OBCs fear that the numerically stronger Marathas may corner a significant share of benefits, including in reservations to local self-government body polls if they are classified as backwards.

OBCs form 53 per cent of the population, including 43.70 per cent Hindus and 8.40 per cent non-Hindus, but are divided across classes.

“We do not support the classification of the Marathas as OBCs,” said NCP leader and Maharashtra minister Nawab Malik, adding they favour a separate reservation for them.

Incidentally, the Marathas had originally demanded reservations based on economic criteria rather than caste.

However, Patil died by suicide the same night after the government did not accept these demands.

Maratha groups sought inclusion in the OBC list after the implementation of the B P Mandal Commission report (1990).

After the SC’s verdict, Pravin Gaikwad, who heads a Sambhaji Brigade faction, said a lasting solution lay in the Marathas seeking benefits from the 10 per cent quota for the economically weaker sections instead of a separate reservation.

“This ruling is a body-blow to quota-based politics,” said author-activist Sanjay Sonawani, adding that the growing OBC assertion against the creeping OBC-isation of Marathas would change Maharashtra’s “Maratha-oriented politics.”

There are fears that fresh protests by the Marathas may open a Pandora’s box.

With quotas being repackaged by politicians as a poverty alleviation programme rather than a means of correcting historic wrongs, castes are seeking to go lower in the caste pyramid for benefits, thus turning sociologist M N Srinivas’s theory of Sanskritisation on its head.

For instance, OBCs like the Dhangars (shepherds) want inclusion in the ST list, which is resisted by tribals.

Some non-Buddhist Dalits are seeking a bifurcation in the SC category. 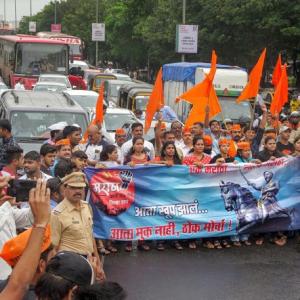