The United Arab Emirates on Monday intercepted and destroyed two ballistic missiles that the Houthi terror group fired towards its capital Abu Dhabi, the Ministry of Defence said, days after two Indians and a Pakistani were killed in a rare drone and missile attack claimed by the Yemeni rebels. 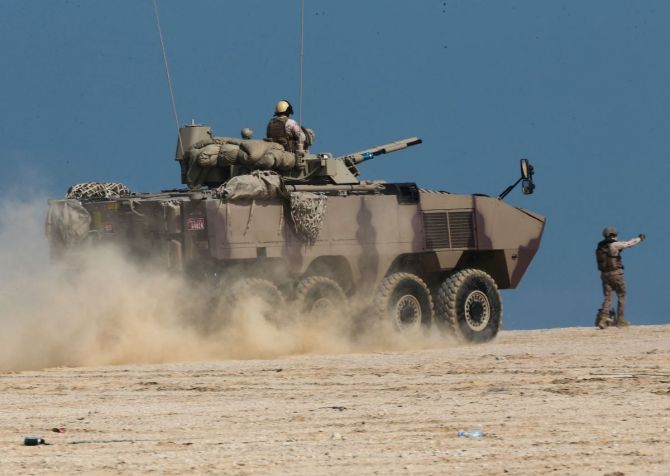 The attack did not result in any human losses, it said, adding that the remnants of the intercepted and destroyed ballistic missiles fell in separate areas around Abu Dhabi.

'The air defences had intercepted and destroyed two ballistic missiles fired by the terrorist Houthi group towards the country on Monday,' the defence ministry announced on Twitter.

The ministry also said in a statement that the UAE is ready to deal with any threats and that the authority would take all necessary measures to protect the country from all attacks, the official WAM news agency reported.

The ministry called upon the public to only rely on information from official news sources in the country.

The attack came a week after Yemen's Houthi rebels targeted a fuel depot in Abu Dhabi and the city's main airport, heightening tensions in the oil-exporting region.

On the morning of January 17, Houthi rebels targeted the Musaffah ICAD 3 area and the new construction area at Abu Dhabi International Airport, both of which are civilian infrastructure.

The attacks, which led to the explosion of three petroleum tankers, killed two Indians and one Pakistani national and injured six other civilians.

The UAE blamed the attack on Yemen's Houthi rebels, saying this sinful targeting will not go unpunished.

The UAE 'reserves its right to retaliate to these terrorist attacks and this sinful criminal escalation', according to a statement issued by the Ministry of Foreign Affairs and International Cooperation.

The United Nations Security Council on Friday strongly condemned the 'heinous' terror attacks in Abu Dhabi in which two Indians and a Pakistani civilian were killed and expressed condolences to the families of the victims.

In a press statement issued by the 15-nation Council, the powerful UN organ condemned in the strongest terms the 'heinous terrorist attacks' in Abu Dhabi on January 17, as well as in other sites in Saudi Arabia.

'The members of the Security Council expressed their deepest sympathy and condolences to the families of the victims of the Houthi attacks and to the Governments of India and Pakistan, and they wished a speedy and full recovery to those who were injured,' the statement said.

The Council members reaffirmed that terrorism in all its forms and manifestations constitutes one of the most serious threats to international peace and security.

Days after the January 17 attack, the UAE government banned all flying operations of private drones and light sports aircraft in the Gulf country for a month.

According to the statement, the ban also encompasses air and sail spots.

'The decision came after the misuse spotted recently, not limiting the practice of these sports to the areas identified in the user permits and trespassing into areas where these types of activities are prohibited,' said the statement.

The regulations were put in place in coordination with the General Authority for Civil Aviation and in line with the relative guidelines, it said.

The Houthi rebels have taken responsibility for several drone attacks on Saudi Arabian oil facilities in the past.

The UAE is part of the Saudi-led coalition in Yemen fighting Houthis. 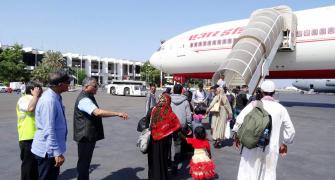 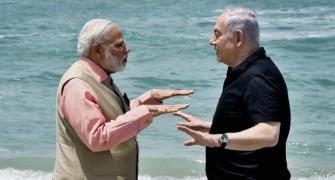 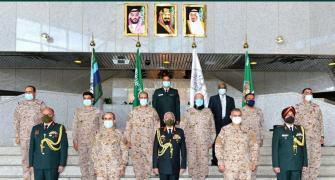 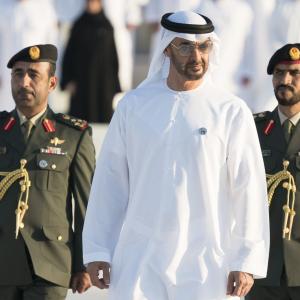 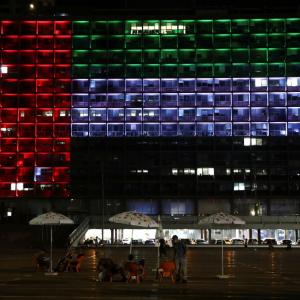