'The attacks made clear to all the Gulf States that Pakistan was the nursery and sanctuary of extremist violence and that this violence threatened all the countries in the region.' What is the significance of General Naravane's visit to Saudi Arabia? What message does it convey to India-Saudi ties and to the global community?

It is an extremely important visit. It affirms that ties between India and Saudi Arabia are very deep and substantial.

The basis for these ties lies in the Riyadh Declaration that was issued during the visit of Prime Minister Dr Manmohan Singh in February 2010.

In a pioneering initiative, the two countries had then committed themselves to setting up a 'strategic partnership', encompassing cooperation in security, defence, the economy and cultural fields.

This 'strategic partnership' had its origin in the Pakistan-sponsored attacks on Mumbai in November 2008.

These attacks had made clear to all the Gulf States that Pakistan was the nursery and sanctuary of extremist violence and that this violence threatened all the countries in the region.

This is how India and the Gulf States became partners in counter-terrorism efforts.

Defence cooperation forms an important part of the joint statements issued during the interactions between India and Saudi Arabia during Prime Minister Narendra Modi's two visits to Riyadh and the return visit of Crown Prince Mohammed bin Salman.

The army chief's visit to Saudi Arabia is an attempt to give substance to defence cooperation that we had agreed to earlier.

This engagement is an important development primarily because Saudi's main defence relationship has been with the United States and Western powers in general. US troops are located in that region and the US is the principal source of defence supplies to Saudi Arabia.

Saudi Arabia has also had very close defence ties with Pakistan. The relation was put together during the Cold War when the USA, Saudi Arabia and Pakistan built a strong trilateral relationship to support Western interests in the region.

In fact, between 1968-1988, Pakistan had 25,000 soldiers in Saudi Arabia for the defence of its borders. These forces were removed in 1988, but defence cooperation has continued.

In this background, the Saudi outreach to India in the defence sector suggests a historic broadening of the kingdom's security interests that now embrace India.

As you know, defence ties mark a qualitative change in relations as they signify a high level of mutual trust and substantial areas of shared understanding in regard to security interests.

Do you think in future we will see sale of the Brahmos missile or some indigenous defence deals between India and Saudi Arabia?

Let us be cautious here as this is the first visit of our army chief.

Army chiefs do not sign agreements; that has already been done at the political level.

If you see his programme, you will find that he visited several Saudi military establishments.

I think there has been very substantial dialogue on what specific areas we can explore for bilateral cooperation.

Let me put down certain markers: 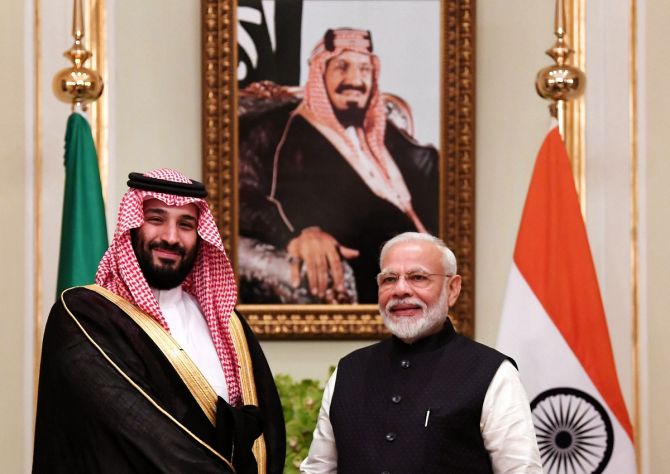 The Modi government's policies like the Citizenship (Amendment) Act are perceived as to be against the Muslims of India.
Even so Prime Minister Modi has successfully built close bonds with the Arab countries.
What makes so popular in the Arab world and why do they view him differently unlike governments in Turkey or Malaysia?

Let us be very clear. International relations are not based on personalities, but on interests.

At this stage, the Arab world and particularly oil producing countries have great interest in India as a buyer of energy, as a trade partner, as an investment destination and as the source of skilled manpower.

This is not something that has happened overnight, but has been evolving for over 40 years.

Prime Minister Modi is representing a very major country that has a 5,000-year-old relationship with Gulf and Arabia. Post-Independent India has also invested heavily in developing this rich legacy.

External Affairs Minister Jaswant Singh, for instance, opened up the political relationship with Saudi Arabia in 2001 and set us on the path to the 'strategic partnership' that we achieved in 2010.

Transnational relationships are based on shared interests and rarely take into account the domestic policies of the leaders being engaged with.

However, what needs to be applauded is Prime Minister Modi's focus on ties with the principal West Asian countries. This has imparted great momentum to our relationship.

Is this visit a game-changer for India and a nightmare for Pakistan considering the fact that in August 2020 when Pakistan army chief General Qamar Javed Bajwa, visited Saudi Arabia, he was refused a meeting with Crown Prince Mohammed bin Salman?

During EAM Jaswant Singh's visit to Riyadh in January 2001, the Saudi foreign minister, Prince Saud Al- Faisal, said this relationship was important in itself and that Saudi would not view India through the prism of its ties with any other country.

These guiding principles are shaping our bilateral relations even today. For instance, India has close ties with Iran as well as Israel. The Saudis have never raised concerns about those relations.

Similarly, Pakistan-Saudi relations are also very substantial. They go back to the early days of the Cold War. In the 1980s, Pakistan was a partner with the USA and Saudi Arabia in organising the 'global jihad' in Afghanistan against Soviet occupation.

The funding for this enterprise was from the USA and Saudi Arabia, while the actual ground work was done by the Pakistani ISI in terms of indoctrination, military training and even ground support.

As I told you earlier, till 1988, Pakistani troops were located in Saudi Arabia. Again, Saudi Arabia asked for a Pakistani battalion to be located at the Saudi-Yemen border from 2009 to protect the kingdom from an invasion from the Houthis.

Thus, relations of Saudi Arabia and Pakistan have their own history, content and value, and are managed by the leaders of the two countries on the basis of their interests and concerns. 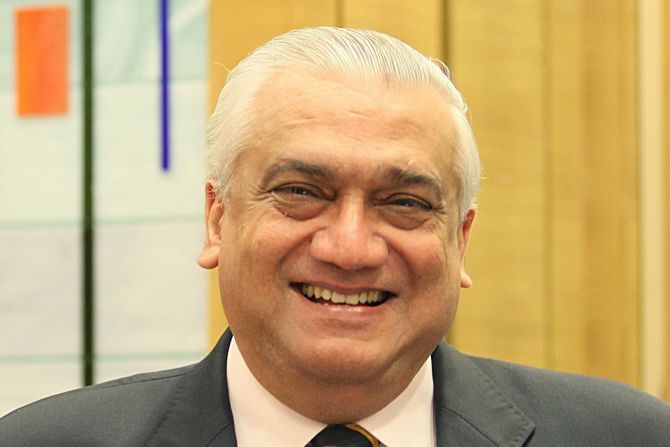 Since Saudi Arabia, historically, is known to be a close ally of Pakistan, one wonders why are the Saudis not taking Pakistan's side on the Kashmir issue against India? Why did Saudi Arabia refuse to comment over abrogation of Article 370?

Let us not lump together so many different things.

First, the Saudi position on the Kashmir: this was set out clearly by Prince Saud Al-Faisal in his meeting with EAM Jaswant Singh in January 2001. In his reply, the Indian minister said: 'I do not disagree with any sentence or phrase in your presentation.' Thus, the issue of Kashmir was removed as an item of discord between India and Saudi Arabia.

Two, the OIC: This organisation is primarily controlled by Saudi Arabia and is used to ensure that it passes resolutions that support the Saudi position on various issues. In return, members are allowed to use the OIC platform to issue resolutions against non-members.

Pakistan has been using the OIC platform to place anti-India documents in the records of various OIC meetings. These 'resolutions' are rarely discussed during OIC meetings. Members inform us that these resolutions do not reflect their national positions.

Hence, EAM Jaswant Singh had directed in 2001 that we should dismiss these resolutions as 'not worth the paper they are written on'.

Three, the special OIC session: After the abrogation of Article 370, Pakistan had wanted a special OIC session to criticise India. This was not allowed by Saudi Arabia, which upset the Pakistanis and led the foreign minister, Shah Mahmoud Qureishi, to make remarks that were offensive to Saudi leaders.

As far as the Kashmir issue is concerned, the Saudi official position remains what it was in 2001 and the OIC resolutions promoted by Pakistan have no link with them. 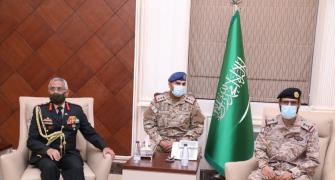 What was the army chief doing in Saudi Arabia?