Two Indians and a Pakistani national were killed and six others injured on Monday after a fire caused by 'small flying objects', possibly drones, triggered an explosion that hit three petroleum tankers in the United Arab Emirates' capital Abu Dhabi, police said. 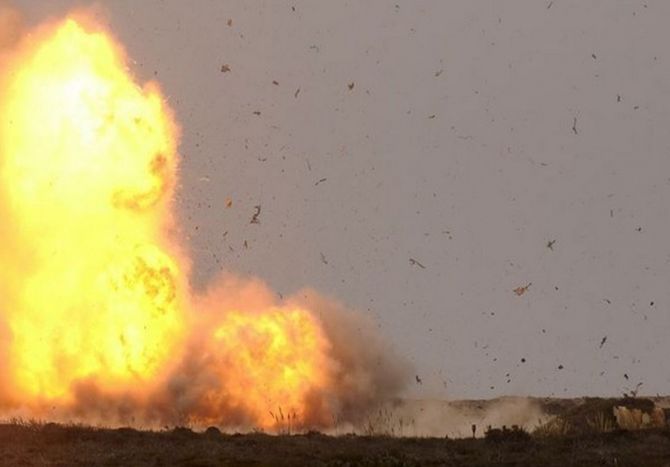 Image only for representation. Photograph: ANI

Another minor fire broke out in the new construction area of the Abu Dhabi International Airport, according to the state-run Emirates News Agency (WAM).

It said that the fire that broke out in the Musaffah ICAD 3 area near the Abu Dhabi National Oil Company (ADNOC) resulted in the explosion of three petroleum tankers.

'Preliminary investigations suggest that the cause of the fires are small flying objects, possibly belonging to drones, that fell in the two areas. Teams from the competent authorities have been dispatched and the fire is currently being put out,' it said.

The Indian Embassy in UAE said that the mission is in close touch with concerned UAE authorities for further details.

'UAE authorities have informed that the explosion at Mussafah, near ADNOC's storage tanks, has led to 3 casualties, which includes 2 Indian nationals. The Mission @IndembAbuDhabi is in close touch with concerned UAE authorities for further details,' the Indian Embassy in UAE tweeted.

Authorities have launched an extensive investigation into the cause of the fire and the circumstances surrounding it, police said.

'However, there are no significant damages resulting from the two accidents,' Wam reported.

The UAE didn't immediately blame anyone for the attack.

However, Yemen's Houthi rebels have claimed that they targeted the United Arab Emirates, without giving details.

Yemen's Houthi group has taken responsibility for several attacks on Saudi Arabian oil facilities in the past.

The UAE is part of the Saudi-led coalition in Yemen fighting Houthi rebels. 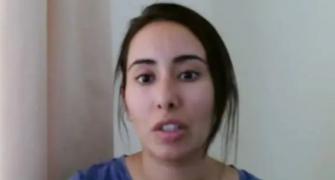 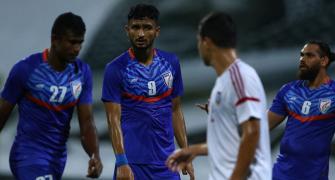 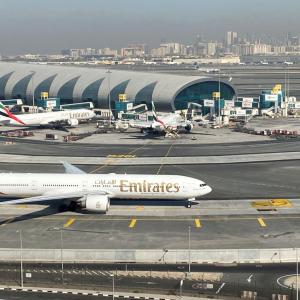