Directors of AMRI Hospital Manish Goenka and Ravi Todi were on Monday granted bail by the Calcutta high court in connection with the December 9 hospital fire that killed 90 people, mostly patients.

Goenka and Todi, who were in custody for 116 days, were granted bail by a division bench comprising justices Ashim Kumar Roy and Asim Kumar Ray.

Lawyers for the two submitted that investigation in the case was complete and they should be granted bail pending trial in the case.

Of the 16 accused in the case, 12 were directors and the rest senior officials of the hospital. All of them were charged with culpable homicide not amounting to murder.

So far, six of the accused, including five directors, have already been granted bail.

Dr Moni Chhetri, the managing director of the hospital who holds the license for the hospital, was given bail by a trial court, apart from Dr Pranab Dasgupta and senior vice
president Satyabrata Upadhyay.

Director R S Agarwal was granted bail by the high court along with R S Goenka and Prashant Goenka on March 28.

More than 90 persons, most of them patients, died after inhaling smoke from a fire that allegedly started from cotton and other material stored illegally in the basement of the centrally air-conditioned multi-specialty hospital. 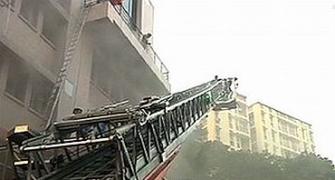 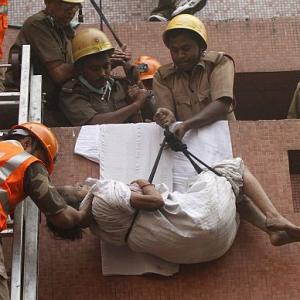