In the first conviction for the horrific lynching of Pehlu Khan in 2017, two minors have been found guilty in the case by a Juvenile Justice Board in Alwar, a senior police official said. 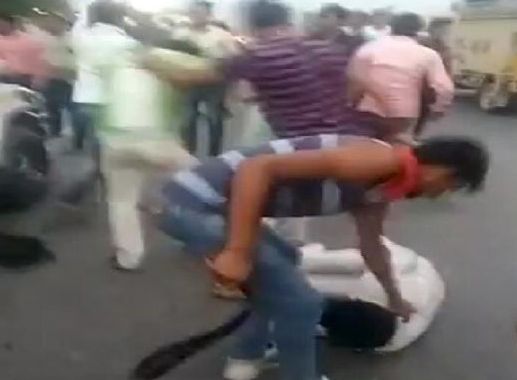 "The board convicted two minors on Thursday. Sentencing will be pronounced on Saturday," IG Jaipur S Sengathir said.

The two minors were part of a mob that allegedly lynched the 55-year-old dairy farmer in 2017.

In August last year, six men who were accused of lynching Khan were acquitted by a lower court in Alwar and this is the first conviction in the case.

The six accused -- Vipin Yadav, Ravindra Kumar, Kaluram, Dayanand, Yogesh Kumar and Bheem Rathi -- were given the benefit of doubt and were acquitted.

The state government filed an appeal against the court order in the high court in October.

Khan, his two sons and a few others were transporting cows from Jaipur when they were intercepted and thrashed by cow vigilantes near Alwar's Behror on April 1, 2017.

Khan succumbed to his injuries on April 3 in a hospital.