'The government must consider that Modiji's vision of India turning into a $5 trillion economy will happen only when there is rule of law in the country.'
'Investors will not invest if these lynchings keep happening.' 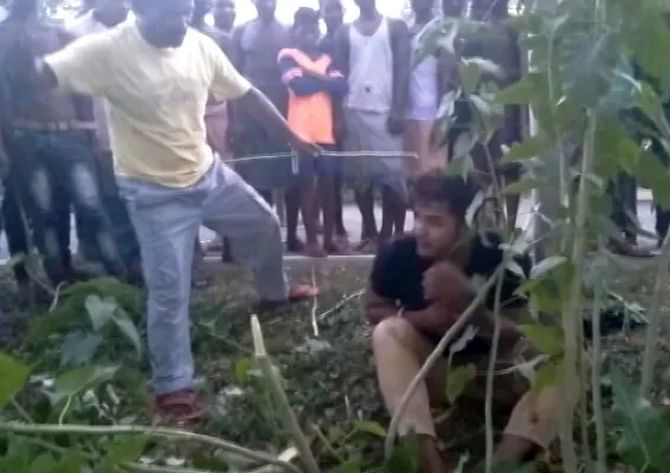 IMAGE: In Jharkhand, Tabrez Ansari, a young welder employed in Pune, was forced to chant 'Jai Shri Ram' and 'Jai Hanuman' before being thrashed to death by a mob for alleged theft. Photograph: ANI

Tabrez Ansari's horrific death in Jharkhand days after he was brutally beaten by a mob affirms that the disturbing phenomenon of mob lynching is here to stay in India.

The assault on Tabrez Ansari followed a known pattern -- the victim was Muslim; he was accused of a 'crime' and then vigilante justice was meted out to him.

This dreadful crime comes almost a year after the Supreme Court, horrified by the acts of mobocracy, ordered the Centre and the states to implement counter-measures and file compliance reports within the next four weeks.

The order from the apex court came after political analyst Tehseen Poonawalla , below, filed a petition that despite the Supreme Court order to the states to prevent lynchings and violence by cow vigilantes, the crimes continued with impunity.

Manipur is the only state to comply with the directions of India's highest court and the first to pass a law against lynching (external link).

Manipur did so after a single horrific video-taped lynching of a Muslim youth with an MBA degree stirred public conscience in the state.

"These cases of mob violence take place because the government and the police are hand in glove and allowing it to happen," Poonawalla tells Syed Firdaus Ashraf/Rediff.com.

In July 2018, the Supreme Court on your plea directed the states to draft anti-lynching laws. However, no law has been drafted as yet. Why is it so?

We are moving the Supreme Court post the vacation for implementation of the Tehseen Poonawala vs Union of India judgment.

Do you think that people have no fear of the law? Will a law against mob lynching prevent such a heinous crime?

An anti-lynching law will help. It is a venial argument that a law won't help because even though there are laws against murdering someone, murders do take place.

A law doesn't just become a deterrent; it also provides social conditioning -- like murder is wrong, rape is wrong.

I believe these cases of mob violence take place because the government and the police are hand in glove and allowing it to happen.

So you feel these are diversionary tactics being used by the government?

I believe there is difficulty now to have widespread riots in India even in a place like Muzaffarnagar. So, the only way to allow communal polarisation to continue to is to let this (mob lynchings) continue.

There is definitely political backing to mob violence against minorities and Dalits. And there is a reason for it: These incidents of mob violence are encouraged by people in power; for instance by garlanding convicts of such crimes or wrapping the national flag (external link) on the body of the accused in the Dadri lynching case who died in a Delhi hospital.

There is definitely an attempt to protect, and therefore there is a fear that this is allowed to simmer and allow polarisation.

What about the flak the Modi government is receiving from the international media? Is it not bothered about its global image?

I think the government has not thought this through as they would have then not allowed Romeo squads or ghar wapsi -- all of it.

Forget the international media, the government must consider that Modiji's vision of India turning into a $5 trillion economy will happen only when there is rule of law and peace in the country.

Investors will not invest if these lynchings keep happening.

If the rule of law is not upheld, you will never have economic development.

The Rashtriya Swayamsevak Sangh says mob lynching is not restricted to Muslims. Hindus too have been lynched. How far is that true?

That could be absolutely true.

From Kashmir to Kanyakumari; from the north east to Gujarat, nobody should be killed.

Why is it problematic to understand? I am just saying that nobody should be killed. 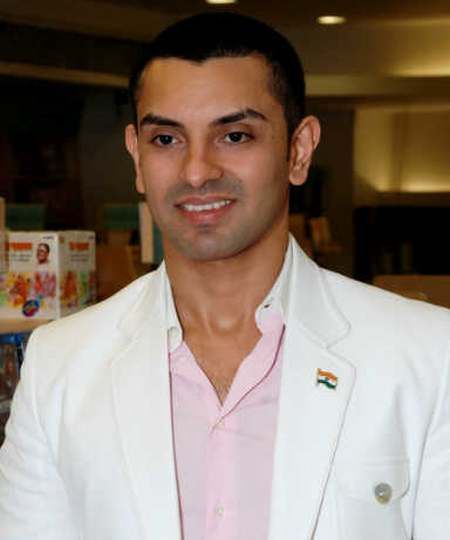 It is often said that when Muslims are lynched it is highlighted, but when Hindus are lynched the media generally ignores it.

Around two kilometres from where Prime Minister Modi stays, a man, identified as Ravinder Kumar, was killed by a mob in 2017. His only crime was that he had tried to stop people from urinating on the road. Ravinder happened to be a great fan of PM Modi.

The point is that Modi has met Moshe, the child survivor of the 26/11 attacks, but has he met Ravinder's parents?

We are fighting for Ravinder as well as Akhlaq (Mohammad Akhlaq, who was lynched by a mob in Dadri, Uttar Pradesh, in September 2015).

Nobody should be killed, whether it is Ansari or Ayub Pandit.

Did you meet any chief ministers to ask for the implementation of an anti-lynching law?

Next week onwards I am meeting all the chief ministers of Congress-ruled states and asking them about the (status) of the lynching law.

What do you think goes through the mind of a person who indulges in mob violence? Why do you think there's so much hate?

It is not about Muslims or Dalits. I want to make a larger point. Mob violence is the most ancient and barbaric form of punishment.

Yet, people who are indulging in mob violence are using the latest technology like WhatsApp to indulge in the most barbaric act.

It is not about Hindus, Muslims, Dalits or Brahmins. As a people, we should be ashamed.

Do you feel that mob violence always took place in India, but it is only now thanks to social media that it is getting so much attention?

Earlier in India, a mob would not gang up and kill a person simply on the suspicion of eating meat or for being with a girl. That hate has increased now.

Earlier, in India, when hate crimes took place, no minister garlanded a convict or wrapped a tricolour (on the dead body of the alleged attacker). That has got nothing to do with social media. This has started happening only after 2014.