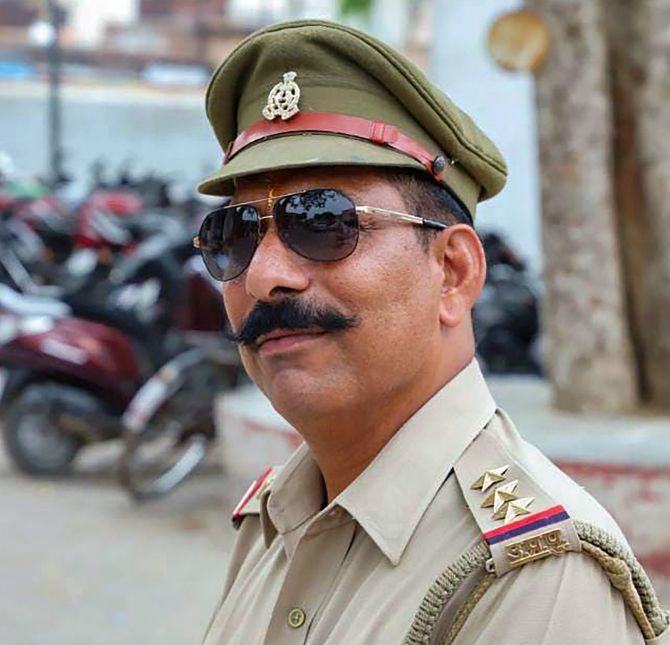 IMAGE: Uttar Pradesh Police Inspector Subodh Kumar Singh, who initially investigated the Akhlaq lynching case in Dadri between September and November 2015, was lynched by a mob in Bulandshahr, UP, December 3, 2018. Photograph: PTI Photo

The Supreme Court recently recommended framing of a new law by Parliament to punish lynching offenders in response to rising incidents of deaths caused by mob violence across the country.

Senior Advocate Sidharth Luthra believes adding a parallel set of provisions when existing Indian Penal Code provisions cover an incident of hurt or of unlawful death very well is not the solution.

"We really need to buffer up the criminal justice system to meet the needs of a growing population," Luthra tells Ritwik Sharma.

Do you think the existing provisions in the Indian Penal Code are requisite or we need a separate law for lynching, as recommended by the Supreme Court to Parliament?

The court has decided the case and given directions for framing the law.

However, as a matter of law, I believe the argument for the Union in the Pravasi Bhalai case (Pravasi Bhalai Sangathan vs Union of India and Ors on March 12, 2014) in the context of hate speech, that the IPC provisions -- including those of hurt, culpable homicide, murder and offences -- regarding hatred are adequate and ought to have applied here as well.

My view is that multiplying legislations doesn't necessarily improve law enforcement unless there is a need to cover area of conduct not otherwise covered.

Now, an incident of hurt or of unlawful death is very well covered within the existing penal code provisions. You may create on an administrative basis fast track courts for certain kind of cases.

For example, in the case of political people, and crimes by politicians, by judicial order there have been created fast track courts all over the country.

They ensure efficacy to prosecution, which may otherwise go through the normal processes of procedure that contemplate a day-to-day trial which is rarely achieved in practice.

Therefore, perhaps a tightening of procedural provisions coupled with a more efficacious and speedy prosecution is the answer rather than a new legislation.

Could the introduction of a new law lead to legal confusion?

When you add laws, which are already covered by existing areas, you also have to realise that the machinery to enforce them -- starting from the police to the prosecutors and the courts -- are the same.

You really are creating a new area which they have to learn and execute.

Further, you are creating a parallel set of provisions. And when you create parallel provisions there is often more confusion than clarity.

In the ironing out of this confusion versus clarity the law sometimes ceases to be as efficacious as it should be.

Do you think hate crime as a category is not well-defined in our penal code, and therefore calls for amendments?

All of these, apart from hurt and many more provisions in the IPC, which is a very comprehensive legislation, are clear and broadly worded enough to cover existing species of hate crime.

Having said that, I think the Supreme Court in its wisdom has chosen to give certain directions.

I assume they will be brought as law at some stage, and we will then have to test the efficacy of the new regime and new legislation that is brought in.

How do you react to instances such as political leaders backing or even garlanding lynching convicts? Do they indicate a deeper problem?

As a lawyer, I believe the moral standards to which people have to be held are not the subject of law.

Every person who is in public office is sworn to uphold the Constitution. And it is for the public to judge whether individuals have adhered to that oath of office.

Is there a lack of policing and prosecution when it comes to tackling lynching and other such crimes?

We really need to buffer up the criminal justice system to meet the needs of a growing population.

And in any population when there is crime of any species, the system's response to it, both from the perspective of the victim and the person accused, must be fair, effective, efficacious and keeping in view the human rights of both.

That's the need of the hour. 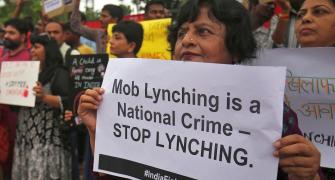 Will a new law stop the lynchings in India? 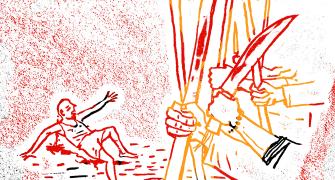