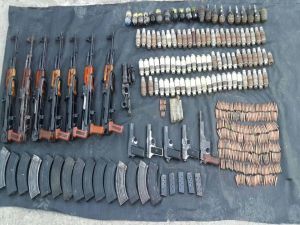 Security forces have busted 2 militant hideouts in Bandipora and Kupwara districts of Kashmir and recovered arms and ammunition, an Army spokesman said on Thursday.

"A militant hideout was busted in Maitrigam area of Bandipora district yesterday where a huge cache of arms and ammunition was recovered," the spokesman said.

He said the recoveries include seven AK 47 rifles, five pistols, one UBGL, 74 rounds of UBGL, 21 hand grenades and a large quantity of AK and pistol ammunition.

The spokesman said Army and police launched an operation in Ench area of Rajwar forest in Kupwara, which resulted in recovery of a huge cache of arms and ammunition.

Source: PTI© Copyright 2020 PTI. All rights reserved. Republication or redistribution of PTI content, including by framing or similar means, is expressly prohibited without the prior written consent.
Related News: UBGL, RPG, PIB, IED, Army
SHARE THIS STORY
Print this article 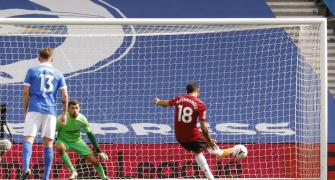