A host of country's top leaders on Sunday condoled the demise of Ram Jethmalani, with President Ram Nath Kovind hailing him as a 'distinguished jurist' while others remembered him as an 'iconic public figure' and a crusader in both law and politics. 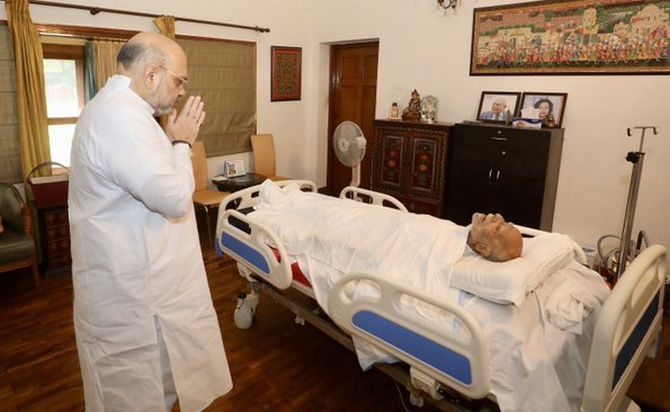 'Saddened by the passing of Shri Ram Jethmalani, former Union Minister and a veteran lawyer. He was known to express his views on public issues with his characteristic eloquence. The nation has lost a distinguished jurist, a person of great erudition and intellect,' the President's Secretariat tweeted.

Naidu, in his tweet, said Jethmalani was 'one of the brilliant minds of Bharat' and in his death the nation has lost 'a distinguished jurist, a great intellectual and a patriot, who was active till his last breath'.

Modi said Jethmalani was 'witty, courageous and never shied away from boldly expressing himself on any subject'.

'In the passing away of Shri Ram Jethmalani Ji, India has lost an exceptional lawyer and iconic public figure who made rich contributions both in the Court and Parliament,' the prime minister tweeted.

Former prime minister Manmohan Singh also condoled the demise of Jethmalani, saying in his death India has lost 'an eminent jurist, an able administrator and a seasoned parliamentarian'.

Jethmalani, 95, passed away on Sunday at 7.45 am at his official residence in New Delhi. 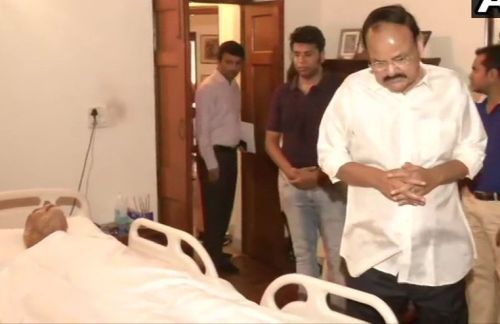 He died a few days before his 96th birthday on September 14, his son Mahesh Jethmalani told PTI.

Other senior leaders from across the political spectrum joined in paying homage to the veteran jurist who was widely respected for his legal acumen and incisive thinking.

Union Home Minister Amit Shah described his passing away as an 'irreparable loss' to the entire legal community.

'Deeply pained to know about the passing away of India's veteran lawyer and former Union Minister Shri Ram Jethmalani ji. In him we have not only lost a distinguished lawyer but also a great human who was full of life,' he tweeted.

Senior Congress leaders too joined in paying rich tributes to him describing him as 'fearless' and a 'crusader in both law and politics'. Congress president Sonia Gandhi also expressed grief over the demise of the eminent jurist and extended her condolences to his family and friends.

'Ram Jethmalani is no more. A crusader in both law and politics he stood steadfastly for the causes he took up. His knowledge in criminal law was matched by none,' senior lawyer and Congress leader Kapil Sibal tweeted.

Delhi Chief Minister Arvind Kejriwal also tweeted to offer tributes, saying, 'Extremely saddened at the passing away of legendary lawyer Ram Jethmalani ji. An institution in himself, he shaped criminal law in post-independence India. His void would never be filled and his name will be written in golden words in legal history. RIP Ram sir.'

Communist Party of India-Marxist general secretary Sitaram Yechury tweeted: 'Deep grief at the passing away of Ram Jethmalani. He was a dear friend, fellow Parliamentarian and a legal legend. Deepest condolences to his family and the large number of friends and admirers.'

Attorney General K K Venugopal said the country has lost its finest lawyer who was bold and handled the most sensational criminal cases and constitutional matters.

Opposition leader Sharad Yadav said Jethmalani was a 'very good friend of mine' and in fact he was 'a friend of friends'.

'He was a fighter who used to contest with tremendous energy, knowledge and logics not only in Courts but also in Parliament and public forums. He was a great thinker, philanthropist and always ready to help friends not only in the Courts but in general also,' Yadav said in his condolence message.

He was born in Shikarpur in Sindh province (now in Pakistan) on September 14, 1923 and obtained a law degree at the age of 17. 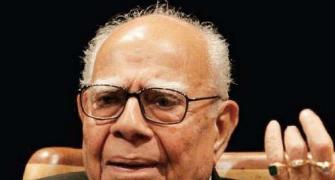 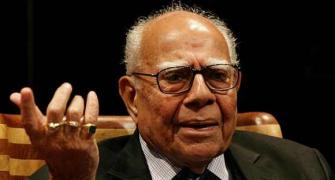 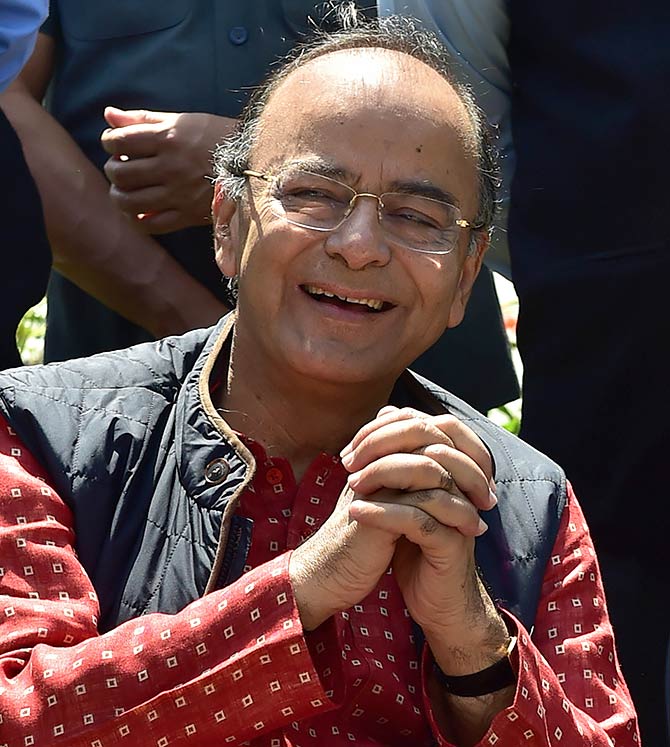