Will hold tractor march with army tanks on Jan 26: Farmers

The eighth round of talks between protesting farmer unions and the government is scheduled to be held on Friday afternoon as both sides look for a resolution to the over one-month-long deadlock on the issue of the three new farm laws. 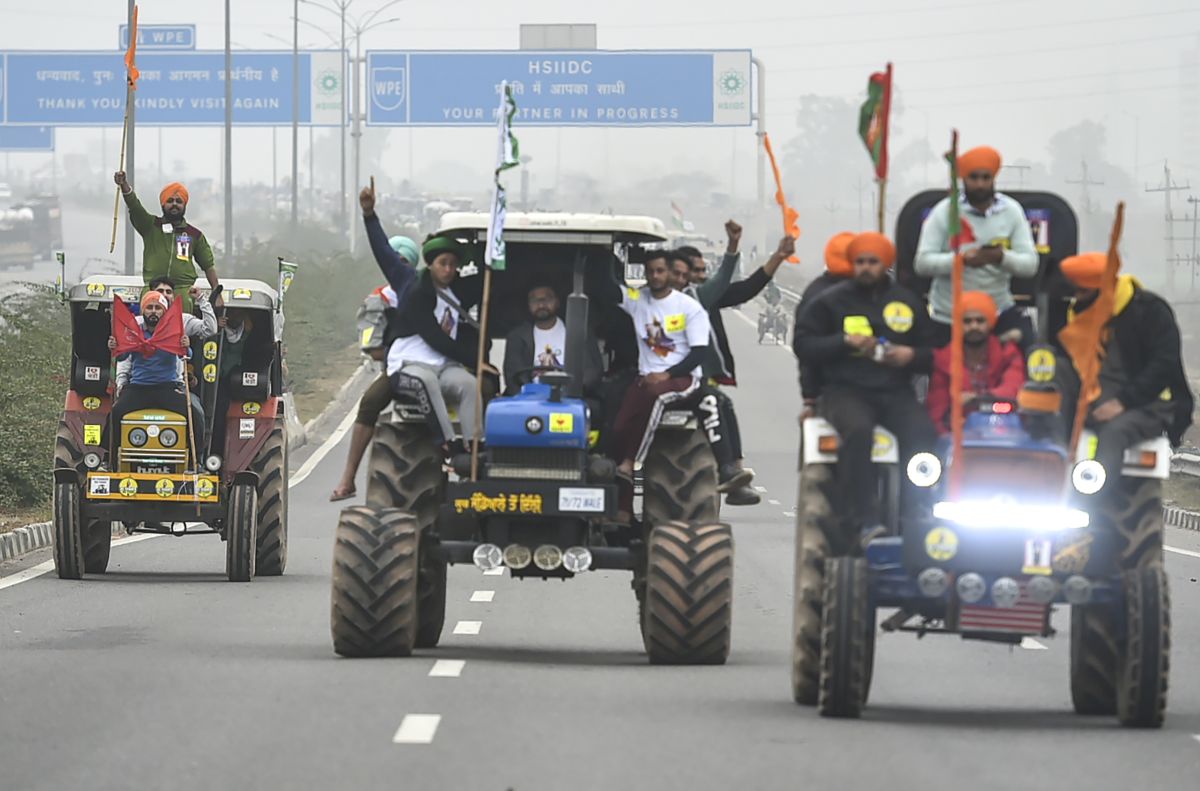 IMAGE: Farmers on their way to Tikri border during a tractor rally as part of their ongoing protest against the new farm laws at Eastern Peripheral Expressway in New Delhi. Photograph: Arun Sharma/PTI Photo

Both sides have stuck to their respective positions, with agitating farmers taking out tractor rallies on Thursday to press their demand for rollback of the laws, and the Centre asserting it is ready to consider any proposal other than their repeal.

The latest round of talks to be held at Vigyan Bhavan at 2 pm on Friday is crucial as the previous meeting on January 4 remained inconclusive.

There was some breakthrough in the sixth round of talks on December 30 when the government conceded to two demands of the agitating farmers pertaining to power subsidy and stubble burning.

The previous rounds of talks had failed to make any headway.

Ahead of the talks, Bharatiya Kisan Union spokesperson Rakesh Tikait, using a legal metaphor said that the government is giving dates for court hearings without a case in place.

"The government is giving tareekh pe takeekh (dates after dates) with a case. They (the government) are also trying to using the probable spread of the COVID-19 virus as an excuse to end our protest. Political parties held large gatherings during the Bihar elections and also in Telangana. If COVID-19 starts spreading here we' will see," he stated.

He reiterated that farmers will go home after the government listened to the demands of protesters and repeal the laws.

Tikait further said that farmers have planned to take out a tractor march along with the tanks of the Indian army during the Republic day parade.

"We are going to take out a tractor march on January 26 with the Indian army. Army tanks will be on one side and the tractors on the other. A hundred tractors will march with one tableau. The government should make full preparations regarding this," he added.

Thursday's tractor rallies were taken out from protest sites near the Singhu, Tikri and the Ghazipur borders and also from Haryana's Rewasan as the unions asserted they would not accept the Centre's offer of amendments to the farm laws.

According to them, these marches were a "rehearsal" for their proposed January 26 "Kisan Parade" to the national capital from different parts of Haryana, Punjab and Uttar Pradesh.

Owing to the farmers' protest since late November last year, several routes connecting Delhi with its neighbouring states have been closed for traffic movement.

According to Delhi Traffic Police, Singhu, Auchandi, Piau Maniyari, Saboli and Mangesh borders were closed on Friday as well.

It said Chilla and Ghazipur borders were closed for traffic coming from Noida and Ghaziabad to Delhi, and advised people to take alternative routes via Anand Vihar, DND, Bhopra and Loni borders instead.

However, protesting farmers have expressed apprehension that the new laws would pave the way for eliminating the safety cushion of the MSP and do away with the "mandi" (wholesale market) system, leaving them at the mercy of big corporates. 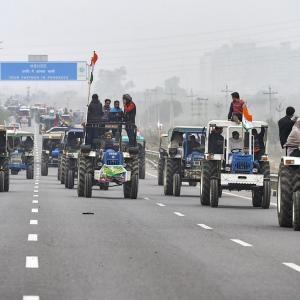