People of TN will create 'wonder' in 2021 polls: Rajini

Superstar Rajinikanth on Thursday asserted people of Tamil Nadu will create a "wonder and marvel" in the 2021 assembly elections in the state, remarks that come amidst indications of him of politically aligning with his contemporary and Makkal Needhi Maiam chief Kamal Haasan. 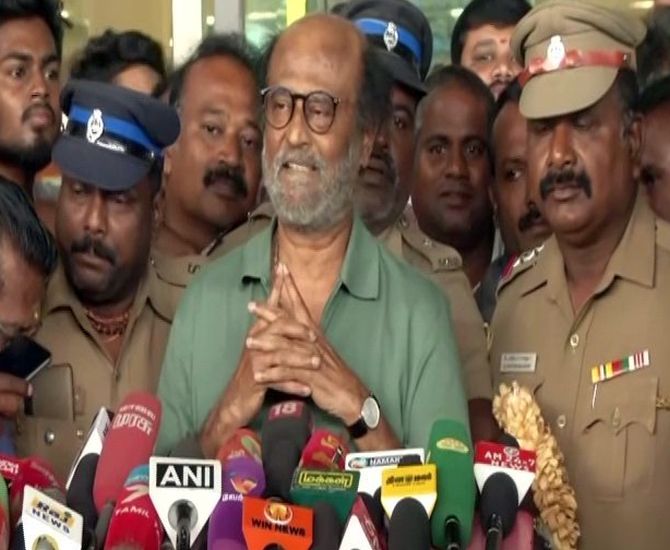 The actor, who had announced he will float his own political party and face the 2021 polls, also said issues such as sharing power in case of an alliance with Haasan could be discussed only in the run-up to the elections.

He was replying questions from reporters at the airport in Chennai.

"In 2021, people of Tamil Nadu will 100 per cent create a big wonder and marvel in politics," Rajinikanth said in an apparent reference to the polls due in two years and possibly about a major role by him then.

The actor's response was to a query about an All India Anna Dravida Munnetra Kazhagam leader insisting Rajinikanth's "spiritual politics" was not possible in the "Dravida land" of Tamil Nadu.

Asked about his possible alliance with Haasan and who would be the chief minister, Rajinikanth said such issues could be discussed only during poll time, adding he also has to discuss it within his proposed party.

Such issues will be "decided then and upon the prevailing situation. That too, I have to consult my party men after I start a party.. till then I don't want to talk about these matters," he added.

On Tuesday, Haasan and Rajinikanth had set off speculation of a political realignment after they indicated their willingness to work together for the state's welfare.

The first pitch was made by Haasan who backed Rajinikanth over his comments describing Tamil Nadu chief minister K Palaniswami coming to the top post as a "wonder", saying it was "not a criticism but the reality."

Both have said they were prepared to join hands if the need arose. 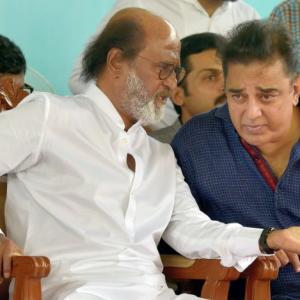