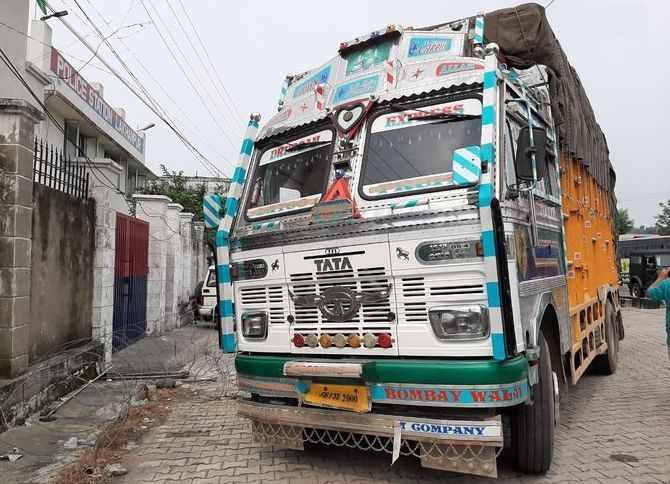 IMAGE: A truck carrying arms and ammunition was seized in Kathua. Photograph: ANI

Three Jaish-e-Mohammed (JeM) terrorists were arrested in Kathua district of Jammu and Kashmir on Thursday, a senior police officer said.

During checking, a truck, loaded with cardboard material, was intercepted at 8 am on the Jammu-Pathankot Highway and three terrorists were arrested with arms and ammunition, Inspector General of Police, Jammu, Makesh Singh told PTI.

The arms and ammunition recovered included four AK-56 rifles, two AK-47 rifles, six magazines and 180 rounds of ammunition, besides a cash of Rs 11,000, the SSP said.

All of the militants belonged to the Kashmir Valley, he said, adding that the truck, with its registration plate of JK 13E-2000, was owned by one Suhil Ahmed Latoo of Gulshanabad, Pulwama and was driven by one Javaid Ahmed Dar.

He said they were illegally transporting arms and ammunition to Kashmir from Punjab to 'disturb peace in the Valley'.

The senior superintendent of police said the arms and ammunition might were smuggled to arm the JeM modules in Kashmir for carrying out terror activities.

It is believed that either of these suspected terrorists infiltrated from across the International Border via Bamyal border in Pathankot to the Kashmir Valley with the help of over-ground workers, he said.

Sources claim that the terrorists were planning to execute a major terror attack.

Punjab Police have rushed a team of state special operation cell (SSOC) to Kathua for joining the investigation. 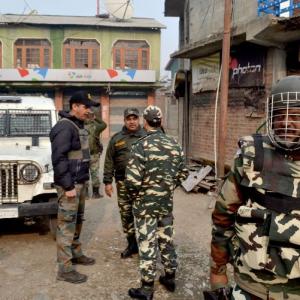 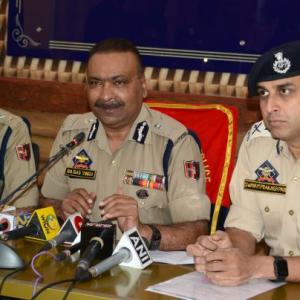