Celebrations were back at the RJD state headquarters here on Thursday when news broke that the party's de facto leader Tejashwi Yadav has tied the knot with a childhood friend. 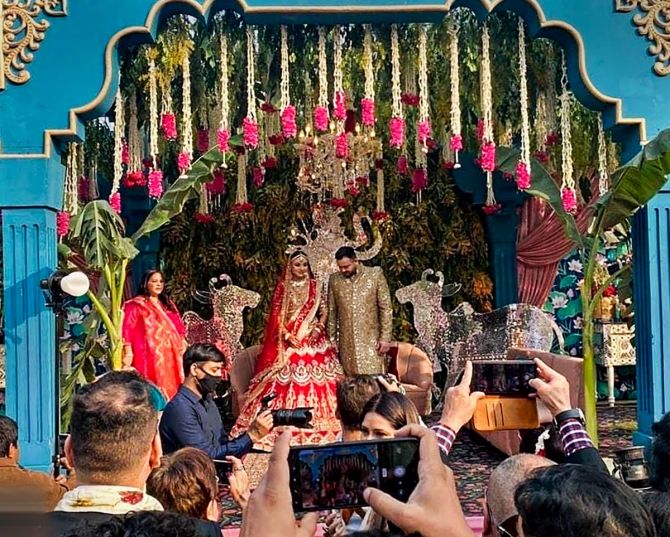 The eligible bachelor said 'I-do' at a farm house in Delhi, in the presence of his parents Lalu Prasad Yadav and Rabri Devi, his eight siblings and their families, Samajwadi Party leader Akhilesh Yadav with whom the first family of Bihar politics shares family ties besides close relatives.

The 32 years old got hitched to Rachel Iris about whom not much is known barring the fact that the couple have known each other since childhood and the bride's father is a Haryana-based businessman.

The wedding, pictures of which are floating on social media, took place within minutes of a ring ceremony, reminding people of the Hindi adage "chat mangni pat byah".

"Our leader has set an example by abjuring pomp and show at his wedding", state RJD president Jagadanand Singh said, catching his breath in the midst of frantic sweet distribution.

When he was teased by reporters that he did not share details of the wedding till the eleventh hour, Singh quipped "why should I have done otherwise? By just getting a whiff, you scribes raised a storm yesterday. Disclosing everything would have caused a stampede at the function. Tejashwi certainly did not want that".

There has been palpable excitement among the RJD camp since the previous day when word spread that the heir apparent of the party's founding chief was going to start a family.

Tejashwi is eighth of the nine children of Lalu-Rabri and the last one to tie the nuptial knot.

The subdued manner in which he did so, however, marked a stark contrast with the ostentatious weddings of other less politically fancied siblings of the former Deputy CM who is now the leader of the opposition. 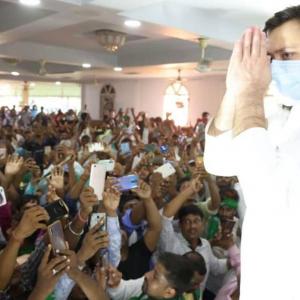 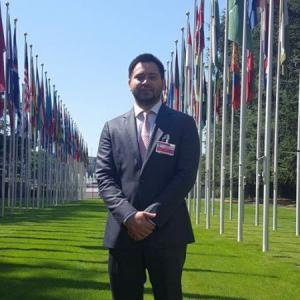