Meanwhile in Chennai, both parties celebrate 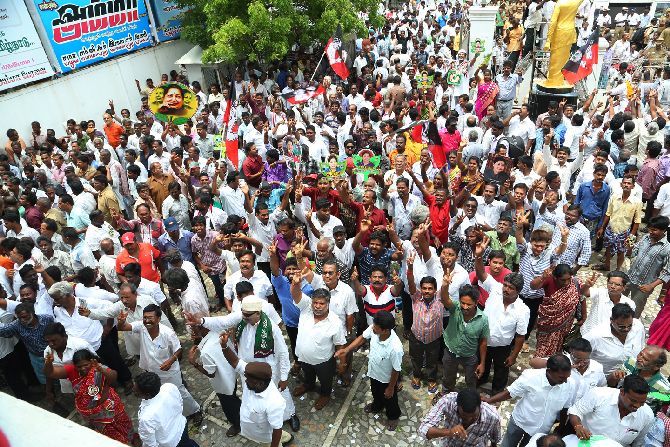 While the crowds outside the AIADMK HQ seem to have taken victory for granted, a small crowd out the DMK HQ refuses to concede. A Ganesh Nadar/Rediff.com reports from Chennai.

As the television channels gave the early leads at 10 am in Chennai it was clear that the All India Anna Dravida Munnetra Kazhagam was going to make history. After 1991 this will be the first time a ruling party has won the assembly elections in Tamil Nadu.

The police had blocked the road leading to the AIADMK head office in Royapettai, Chennai. The celebrations had begun and the party’s activists were dancing on the roads. The party HQ was packed and more people were arriving every minute.

A huge car came in stocked full of crackers from Sivakasi. The crackers were worth several lakhs of rupees. Ten minutes later the crackers were laid out on the road and the fireworks started.

Someone had garlanded the MGR statue outside the HQ. Another was taking out an aarthi with camphor lit on a coconut. A third was removing the effects of the evil eye on the statue with a pumpkin. A fourth was pouring milk on the statue.

As usual there was a man dressed up like MGR in the crowd. Groups of people danced for the television cameras.

Some women were distributing ladoos to the assembled crowd. A recorded speech of J Jayalalithaa was playing in the background. Every time she said something about her achievements, the crowd started cheering.

Outside the party office they had put up a screen where you could watch the latest trends. Every time they announced an AIADMK lead a loud cheer went up, followed by a round of dancing. 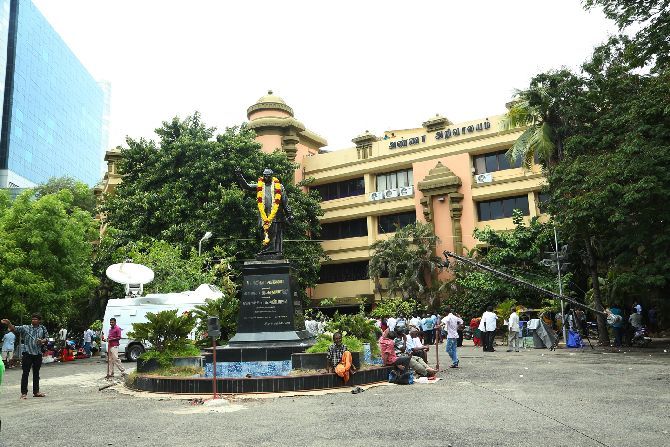 IMAGE: A more muted and smaller crowd outside the DMK office.

A Rajamurugan, a human resources manager, told Rediff.com, “All the parties had promised total prohibition immediately if they won this election, J Jayalalithaa is the only one who said that she would do it in a phased manner. So on polling day, people who drink lined up at the polling booth and voted for her. By making sure she wins they knew they could drink in peace for a few more years.”

At the Dravida Munnetra Kazhagam head office in Teynampet, Chennai the crowd outside was sitting quietly. Inside the building in the first hall there was a television announcing the results. They had naturally tuned into the pro-party Sun TV.

One man told me that the DMK was winning this elections and somebody had bribed two television channels to give the false impression that the AIADMK was winning.

Though the AIADMK was leading, Sun TV was announcing that the lead was decreasing. And every time they announced a DMK lead there was a loud cheer. When they said that the DMK was leading in 106 seats (inclusive of Congress) the crowd went berserk. This was when the AIADMK still had leads in 20 more seats.

Some activists ran out into the open and started shouting loudly. The outside crowd which had been subdued till then joined in the dancing and slogan shouting.

So at noon, both parties were celebrating. But the DMK office had a very small crowd compared to the crowd at the AIADMK office.

One man wisely told the other, “This time around whoever wins the elections, we will have a very strong opposition.” 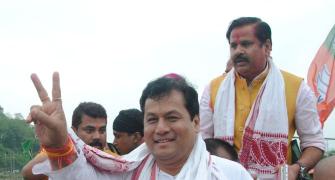 BJP's Sonowal hits a 6 in Assam 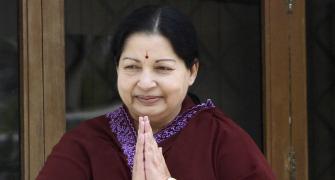 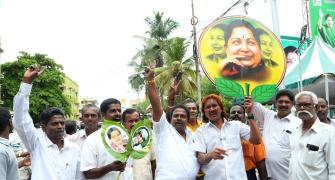 How leaders reacted to the people's verdict 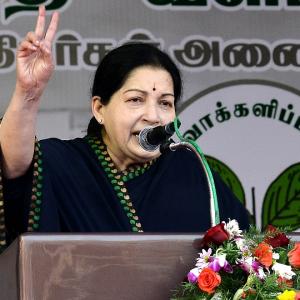