During his political career spanning over five decades, Geelani was among few leaders who witnessed crucial phases of Jammu and Kashmir beginning from its accession to India in 1947 and finally abrogation of special status of the erstwhile state in 2019 and subsequent bifurcation. 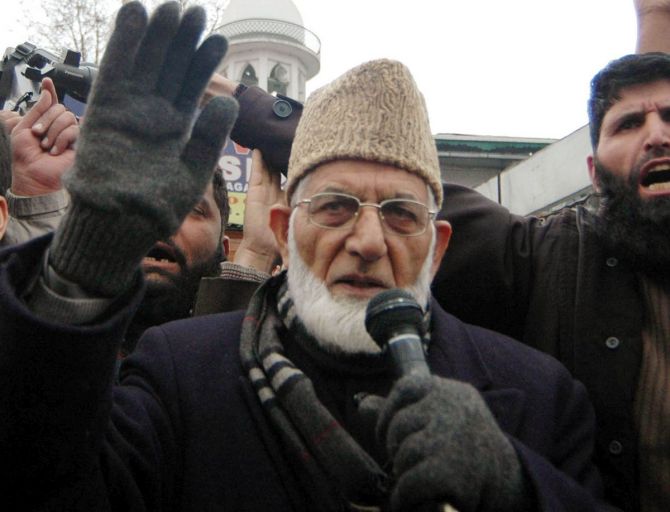 A three-time MLA, Syed Ali Shah Geelani, an avowed supporter of Pakistan, dominated separatist politics for over three decades and was dubbed as 'hartal man' for giving frequent bandh calls as part of a strategy to vitiate law-and-order situation in the Kashmir valley.

The hardline separatist died at the age of 91 at his residence in Srinagar Wednesaday night after a prolonged illness.

He was buried in a mosque near his house located at Hyderpora, in outskirts of Srinagar with some close family members attending the funeral.

A soft-spoken man with a white flowing beard, Geelani was among the last few leaders from the pre-Partition era who never believed in moderate separatism and was vocal against any peace moves during his association with Hurriyat Conference, a conglomerate of 26 parties formed in 1993.

During his political career spanning over five decades, Geelani was among few leaders who witnessed crucial phases of Jammu and Kashmir beginning from its accession to India in 1947 and finally abrogation of special status of the erstwhile state in 2019 and subsequent bifurcation.

Firm on his ideology of accession of Kashmir with Pakistan, Geelani was jailed many a times after militancy reared its ugly head in 1990.

With electoral politics emerging stronger from 1996 onwards, Geelani's stand became more and more hardline resulting in bifurcation of Hurriyat Conference in 2003 after which he floated his own Tehrek-e-Hurriyat -- the reason that he did not want to be seen coming close to New Delhi.

A shocker for the hardline leader came in 2002 when Income Tax carried out searches at his residence and claimed to have recovered unaccounted cash of 10,000 dollars besides a diamond-studded watch gifted by the Pakistan government.

He was arrested and sent to Jharkhand jail where he developed a medical condition and was shifted to a hospital in Mumbai.

Later on, he was released on health grounds.

He has a tax liability of Rs 1.73 crore with the Income Tax and over Rs 14 lakh with the Enforcement Directorate.

Post Amarnath land row in 2008 when the then state government had proposed to allow temporary structures to be built for the annual pilgrimage, Geelani spearheaded an agitation and used to give out weekly 'calendars' of protest.

Soon he was seen as a 'hartal man' for disrupting the situation in the valley.

He repeated this approach of calling for hartals during the 2009 agitation in Shopian where bodies of two women was found from a nallah.

It was alleged initially that they had been raped and murdered by the security forces, which, however, was not correct as post-mortem report suggested that they had drowned in the nallah.

However, he had managed a shutdown for nearly 45 days.

In 2010, Geelani repeated his 2008 performance and brought the Kashmir valley to a grinding halt after a youth was killed by a teargas shell during protest.

The final isolation for Geelani was when he refused to open his door for a parliamentary delegation that had come on a visit to Kashmir valley, which had again been brought to a standstill after the death of Burhan Wani, poster boy of banned Hizbul Mujahideen terror group, by his hartal calls and calendar of protests.

Geelani was criticised by civil society for playing with the career of their children by these frequent bandh calls which had paralysed educational system as well as tourism sector, the mainstay of many in the Kashmir valley.

The hardliner was often seen angry with Pakistan when it talked about building a healthy relationship with India and his faceoff with former Pakistan president Pervez Musharraf in New Delhi in 2005 over his four-point plan to resolve Kashmir dispute which included having soft borders between two parts of the Kashmir.

A S Dulat, former RAW chief and Officer on Special Duty to the then Prime Minister Atal Bihari Vajpayee, had described Geelani as "Jehadi Bub" (father of Jihad) in his book on Kashmir.

Dulat had been looking after Kashmir desk since 1990 initially in the Intelligence Bureau and later in the RAW.

Suffering from various ailments and having been sidelined even by Pakistan, which decided to elect its own favourites in Tehrek-e-Hurriyat's Pakistan chapter, Geelani bid farewell to Hurriyat politics in June 2020 saying the second-rung leadership did not rise to the occasion following abrogation of Article 370 by the Centre in 2019.

Having a pacemaker and one kidney removed, Geelani's health deteriorated over the past 18 months and was suffering from dementia.

His son-in-law Altaf Ahmed Shah alias Altaf Fantoosh and hardliner Masarat Alam, who were among the frontrunners to succeed Geelani's legacy of separatism politics, are at present lodged in jail in a case filed by the National Investigation Agency related to funding of various terror organisations in Kashmir valley.

Born on September 29, 1929, Geelani completed his education from Oriental College, Lahore and worked as a teacher for few years before joining Jamaat-e-Islami, which has now been banned. 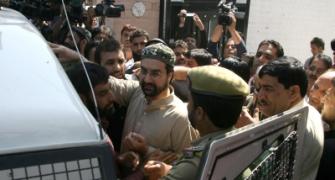 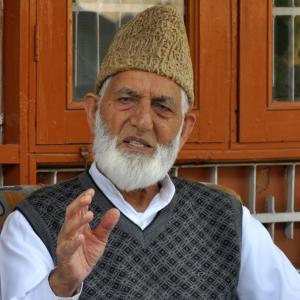 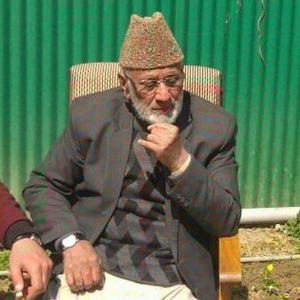