'The Indian government spent Rs 506 crore on providing security for separatists in the last five years.’

‘The separatist leaders must know how ordinary people live.'

‘The separatists have encouraged people into this stone throwing business. They have destroyed Kashmir.’

Last year, Rajesh Gupta, Bharatiya Janata Party MLA from Jammu East, demanded to know in the Jammu and Kashmir assembly how much money the Government of India spends every year on providing security to Kashmiri separatist leaders.

Gupta, image, below , was shocked at the reply. “We are spending Rs 100 crore every year on these separatist leaders,” he fumes.

In an interview to Syed Firdaus Ashraf/Rediff.com, Gupta said he was happy that security to the separatist leaders will be withdrawn soon.

What exactly did you want to know about providing security to separatist leaders?

I wanted to know how much the Government of India is spending. The Indian government spent Rs 506 crore on their security in the last five years (or, more than Rs 100 crore a year). This includes expenses like petrol bill, hotel stay and security.

But I never got the answer because the answer came in written form. The question was deleted from the House (records).

But now there is a People’s Democratic Party-BJP government in J&K, so it must be possible for you to find out the latest details?

We have just formed the government. The figure (for providing security) was during the National Conference and Congress rule. If you want to know the cost of separatists to the Indian exchequer during this regime, you will get it after the term is over.

How long have you been raising this demand?

My party has been raising this demand for more than 20 years. BJP leader Chaman Lal Gupta too used to highlight this issue and now I am doing so. We all felt that anti-national elements are given security and nationalists are given bullets. 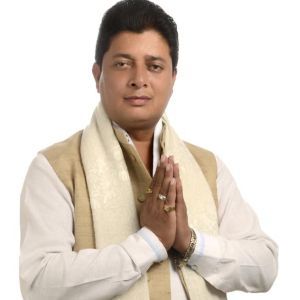 Do the Kashmiri separatists get help from the central government too?

They did not disclose that quoting some internal security issue. This question was not even discussed in the assembly.

Why are we providing security to these people, was it in the answer provided by the government?

This is what I wanted to know. These people are raising anti-Indian slogans and we are providing them security. This bad habit was inculcated by the previous government.

When we came to power we could not withdraw their security immediately but I am glad that we are doing it now. Our party is trying to fix the system. When national opposition leaders went to meet separatist leader Syed Ali Shah Geelani, he shut the door on them. This is not Kashmiriyat and Insaniyat. Geelani has no feeling for the Kashmiri people. He just wants his shop to run.

But surely he has support on the ground?

What can a decent Kashmiri do? If stones are being thrown on the roads he has no option but to sit at home. He cannot come on the road and protest against Geelani.

This year tourism was on the rise and therefore they should have stopped the stone-throwing for the betterment of Kashmir. But no separatist leader said that. This turmoil is causing so much loss to businessmen but no one is saying anything against that.

These separatists just want to create trouble so that the BJP-PDP government gets destabilised. They don’t want this government, which is doing good development work, to run.

How did this culture of providing security to separatist leaders come about?

This culture has been followed from the 1990s. The idea at that time was to maintain law and order and therefore these separatists were given security. But hum jisko paal rahey hain voh hi hum ko khaa raha hai (The people whom we were feeding are consuming us).

The Narendra Modi government is only two years old and the BJP came to power in the state with a coalition just a year ago. We could not change things so soon but I am glad things are changing.

So you feel strongly that security to the separatist leaders must be withdrawn?

Yes, these separatist leaders must know how ordinary people live. Have you ever seen Geelani’s son throwing stones (at the army)? They have misled the entire Kashmiri society. Kashmir is a backward place in terms of development and is 100 years behind (the rest of India). There is no development. About 100 people have looted Kashmir.

When Kashmir is in turmoil, Jammu suffers the most. Jammu’s problem gets sidelined and Kashmiris get financial packages after every round of turmoil in the Valley. In that package Jammu’s name does not even crop up. The world media talks about Kashmir but no one talks about the suffering of Jammu’s businessmen.

Will withdrawing security to separatist leaders lead to a law and order problem?

We will have problems for some time but then things will automatically come on line.

Anti-national people must not be given security. They have encouraged people into this stone-throwing business. They have destroyed Kashmir. They have turned Kashmir from heaven to hell. 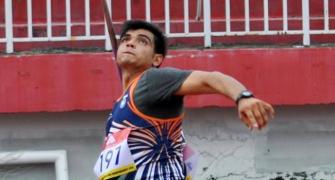