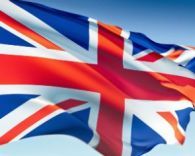 Racist graffiti, including Nazi swastikas, were sprayed on the walls and windows of a mosque in the West Midlands region of England today, prompting police to launch an investigation.

The damage took place at Redditch Central Mosque on Jinnah Road in Worcestershire as intruders forced their way through a gate and broke into the main building.

It is not yet known if anything was stolen.

"Due to incidents happening nationally targeted patrols have been put in place and these will now be further increased as we will not tolerate mindless attacks of this nature," said Superintendent Kevin Purcell of the North Worcestershire police, in reference to a number of recent attacks on mosques across the region.

"I will be arranging meetings with the chairs of the mosques, local civic leaders and the independent advisory group to reassure them of our commitment and determination to do everything possible to prevent any further such incidents and track down those responsible for this attack," he added.

His officers have increased patrols in the area and are now guarding the site.

The intruders are believed to have used paint from a builders' cabins on the site, which is still under construction.

As the main symbol of Nazism, the swastika tends to be associated with extreme far-right groups in the UK as a racist reference.

The latest incident follows a series of attacks on Islamic centres across Britain in recent months.

The spike in these suspected Islamophobic incidents is thought to be a backlash to the murder of soldier Drummer Lee Rigby on the streets of Woolwich in south-east London last month.

A small home-made bomb exploded near a mosque in Walsall in the West Midlands just last week.

An Islamic centre in Muswell Hill was razed to the ground and a mosque in Grimsby escaped a similar fate after an alleged firebombing soon after the London killing on May 22.