Shiv Sena leader Sanjay Raut on Sunday claimed "pressure tactics" were being used in the case of actor Sushant Singh Rajput's death and the issue was being politicised as part of a conspiracy against Maharashtra. 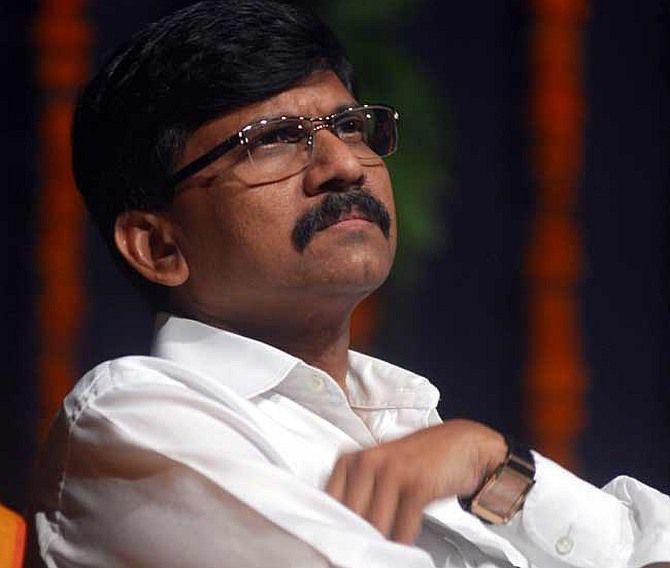 It is wrong to see the unfortunate suicide of the actor from a political angle, Raut said in his weekly column 'Rokhthok' in the party mouthpiece 'Saamana'.

The Central Bureau of Investigation recently took over the probe in the case, based on a Patna police FIR related to alleged criminal conspiracy and abetment to suicide against Rajput's girlfriend and actor Rhea Chakraborty.

"If one wants to indulge in politicisation and pressure tactics, anything can happen in our country. It looks like the script of Sushant's case was already written. Whatever has happened behind the curtains is a conspiracy against Maharashtra," Raut said.

When it is decided to politicise an incident, one cannot say to what extent it can be done and "this is what is happening in the unfortunate suicide of Rajput", he said.

Raut said the Bihar government alleged involvement of top political, film and business personalities and it claimed Mumbai Police will not investigate the case properly.

"That government demands CBI probe which is accepted in 24 hours. Attorney General Tushar Mehta tells the Supreme Court that the Centre has decided to hand over the probe to the CBI," Raut said, claiming this was a "direct attack on a state's autonomy".

Describing Mumbai Police as the "best investigating agency in the world" and a professional force, he said, "It investigated the Sheena Bora murder case where some top names were involved and sent all to jail. The Mumbai Police probed the 26/11 terror attack which resulted in the hanging of the accused Ajmal Kasab," the Rajya Sabha member said.

The Centre's "interference" in Rajput's case was an insult of the Mumbai Police, he claimed, adding the CBI may be a central agency, but it "wasn't independent and impartial".

"Even Narendra Modi and Amit Shah had earlier questioned the Enforcement Directorate and the CBI. They had said the Godhra riots case shouldn't be handed over to the CBI because it was a political weapon in the hands of those ruling at the Centre. If the same view is aired now, what's wrong in that," the executive editor of 'Saamana' said.

"Prima facie, Sushant Singh Rajput's case is that of suicide. There is no basis for repeated allegations that he had been murdered," he said.

Raut alleged that since the BJP cannot topple the Uddhav Thackeray government (comprising the Shiv Sena, Nationalist Congress Party and Congress) in Maharashtra, it has decided to "malign it and with the help of news channels.

"(NCP chief) Sharad Pawar called me when he saw a news channel anchor referring to Chief Minister Uddhav Thackeray in first person. 'The chief minister is not an individual but an institute. What is the government doing'?" he said quoting Pawar.

Raut claimed that Bihar Director General of Police Gupteshwar Pandey giving interview to a channel against Maharashtra was "violation of police discipline".

Pandey wanted to contest the assembly elections from Buxar (in Bihar) in 2009, but his plan was aborted after the BJP candidate from there threatened to contest against as an independent, Raut further claimed.

"It is laughable that Pandey should question the professionalism of Mumbai Police. It is being said Pandey can now fight the Bihar polls from Shahpur seat," he said.

Raut said the Mumbai Police should have registered a 'zero FIR' and continued with the probe in Rajput's case.

But Rajput's family had no complaints and left Mumbai for Patna (some days after his death). "The BJP politicised the incident and created a sensation" by linking a young minister in the Maharashtra cabinet to the case. Two English news channels started challenging the chief minister and confused the police, he said.

The Mumbai Police should have started media briefing, considering the case is becoming high profile, and should have declared that if any minister or politician name crops up, his statement will be recorded, Raut opined.

He said a party at the house of actor Dino Morea before Rajput's death was being linked to the case. "Morea and others are friends of (state cabinet minister) Aaditya Thackeray and if that friendship is the cause of targetting the latter, it is wrong," he added.

Raut claimed Rajput did not share good relations with his father.

"His father's second marriage was not acceptable to him (Rajput). Let the facts come out how many times Rajput visited his family in Patna. Why did (Rajput's former girlfriend) Ankita Lokhande split from Rajput and this should be part of the probe. It is wrong to see the unfortunate suicide from a political angle," he said.

Raut lamented that Rajput's former manager Disha Salian, who allegedly committed suicide a week before the actor's death, was also being maligned.

Rajput's father K K Singh on July 25 lodged a complaint with the Bihar police against Chakraborty, her parents, brother, her former manager Shruti Modi and one Samuel Miranda, whom Chakraborty had employed as the manager in Rajput's house.

Based on the complaint, the Bihar police registered an FIR against the accused persons and booked them under various sections of the Indian Penal Code including abetment to suicide, criminal conspiracy, cheating and wrongful confinement. 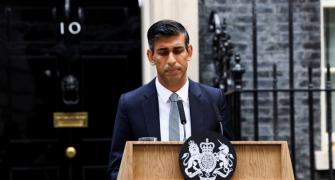 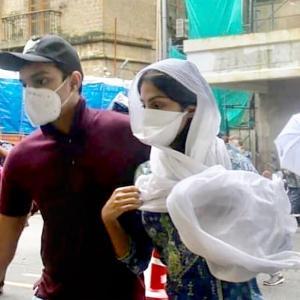