News
Business
Movies
Sports
Cricket
Get Ahead
Money Tips
Shopping
Sign in  |  Create a Rediffmail account
Rediff.com  » News » Some of 23 Cong leaders who wrote to Sonia meet after CWC 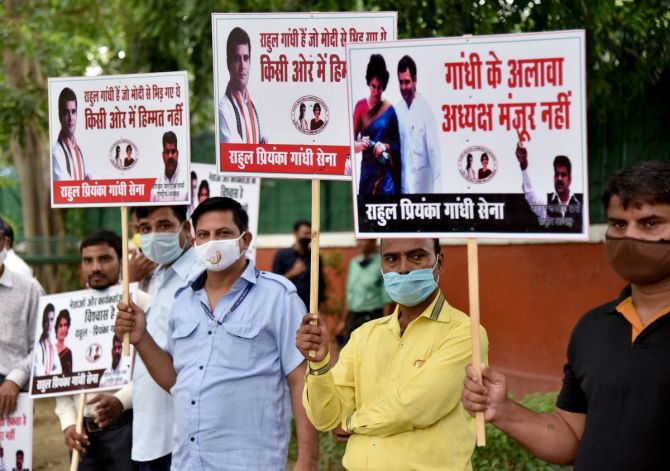 The meeting was also attended by Mukul Wasnik and Manish Tewari, along with some other signatories to the letter who were present in the national capital, sources said.

The leaders discussed the resolution passed at the CWC meeting, which urged Sonia Gandhi to continue as its interim chief till an All India Congress Committee session can be convened and authorised her to effect necessary organisational changes to deal with the challenges facing the party.

None of the leaders agreed to comment on their deliberations, which took place soon after the CWC meet ended.

Only a few of the 23 signatories are part of the CWC.

After the seven-hour meeting of the party's top decision-making body, the CWC unanimously resolved to strengthen the hands of Sonia and Rahul Gandhi in every possible way, while it also made it clear no one will be permitted to undermine or weaken the party and its leadership.

The CWC also resolved that inner-party issues cannot be deliberated through the media or in public fora and all such issues must be raised within the party 'in the interest of propriety and discipline'.

Having a 'full time' leadership that is active in the field and 'visible' in party offices, devolution of powers to state units and revamping the CWC in line with the party constitution are some of the far-reaching suggestions made by 23 senior Congress leaders in a letter to party chief Sonia Gandhi to revive the organisation, sources said on Sunday. 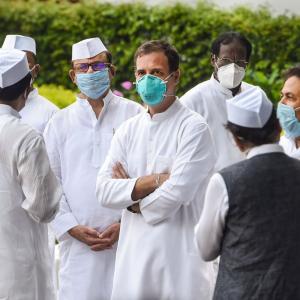