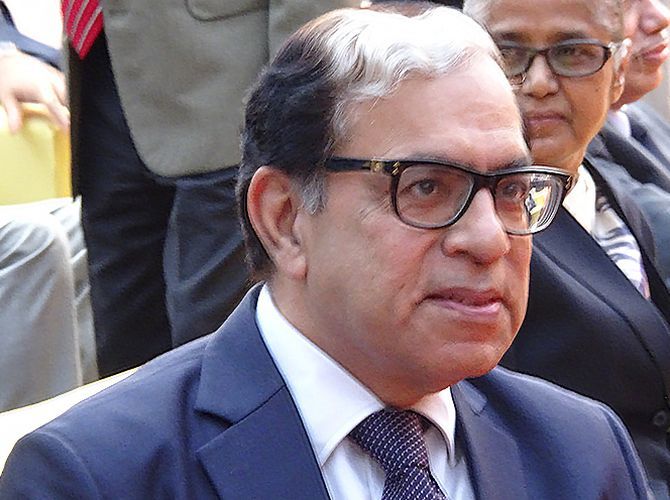 Judging is 'under stress' in the digital era, Supreme Court judge Justice A K Sikri said on Sunday, lamenting that even before a case is taken up by the court, people start discussing on social media what the outcome 'should be' which has an influence on the judges.

Talking on 'Freedom of press in the digital age' at the first Law Association For Asia and the Pacific (LAWASIA) conference in New Delhi, Justice A K Sikri said the freedom of press is changing the paradigm of civil and human rights and the current pattern of media trials is an example of it.

"Media trials were there earlier also. But today what is happening is that when an issue is raised, a petition is filed, (and) even before it is taken up by the court, people start discussing what should be the outcome.

"Not what 'is' the outcome, (but) what 'should be' the outcome. And let me tell you from my experience here that it has an influence on how a judge decides a case.

"It is not so much in the Supreme Court because by the time they come to the apex court they are quite matured and they know how the case is to be decided on the basis of law irrespective of what is happening in the media. Today judging is under stress," Justice Sikri said.

He said the power of contempt of court is not being used that much.

"Few years ago, it has always been an opinion that once a judgment was rendered by the court, be it the Supreme Court, high courts or any trial court, you have every right to criticise the judgement.

"Now there is slander or defamatory speeches even against judges who gave that judgment. And still not much is said on this," Justice Sikri said.

Additional Solicitor General Madhavi Goradia Divan, one of the speakers at the conference, also expressed her concurring views and said that on social media, there is a huge blur between news and fake news, news and opinion, citizens and journalists.

Divan said one of the challenges was that with the growth of Twitter, lawyers have become activists too. And in that quest for activism and stardom, she added, one should not eclipse one's professional duties as the casualty would be independence of the judiciary and matters would be decided for the 'wrong' reasons.

"It is all right to an activist be now and then. But when one has appeared on those cases, argued in those cases, tweeting immediately after (hearing) can conflict with your professional duties," she said.

Divan said though the requirement is that one needs to be an accredited journalist to be able to report from the Supreme Court, 'for the rest, there is Twitter'.

"I think it can put the judge under pressure because the judges as much as they are trained to decide shorn of media reportage, we know they are as human as anybody else and we should not distract them from deciding independently shorn of all media pressures.

"The casualty would be independence of judiciary and matters would be decided for the wrong reasons," he said.

Justice Sikri said the media has undergone a complete transformation in the digital age and now 'we are in the era of paid and fake news'.

"It is becoming very alarming but we are in the era of paid and fake news because of the digital era. Stories are created...and somebody puts it on any digital mode and these, in few hours time, become viral. The reach is a billion people," he said.

He said though social media has become a watchdog, there was a challenge to human rights also as there is a real threat of surveillance by both private and public players.

"How data is mined, how players like Facebook, WhatsApp etc collate data, how they can see what their consumers' choices and preferences are. If it affects the freedom of people, privacy of people, then it becomes a very dangerous instrument. And issues of dignity comes in," he said.

Divan also emphasised on how people's dependence on social media for information have led tech titans and corporates to gather individual data and feed-curated information.

"The more people depend on social media for news and information, we know that tech titans have allowed themselves to plant customised or curated news based on the social profiling of individuals," she said.

She talked about how most journalists today gather information from social media platforms, rather than being on field.

"This is definitely impacting the capacity of independent news gathering. It's not only the easy way out, I would say it is a great dereliction of duty on the part of the mainstream media because it is denying public access to credible, truthful information.

"There is absolutely no substitute to credible, accountable media. I think more than ever before we need that media now to be able to sift the truth from untruth and the grain from chaff," Divan said. 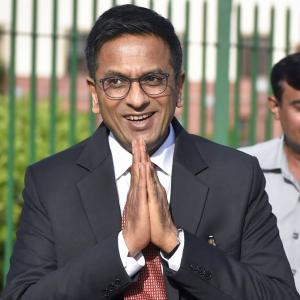