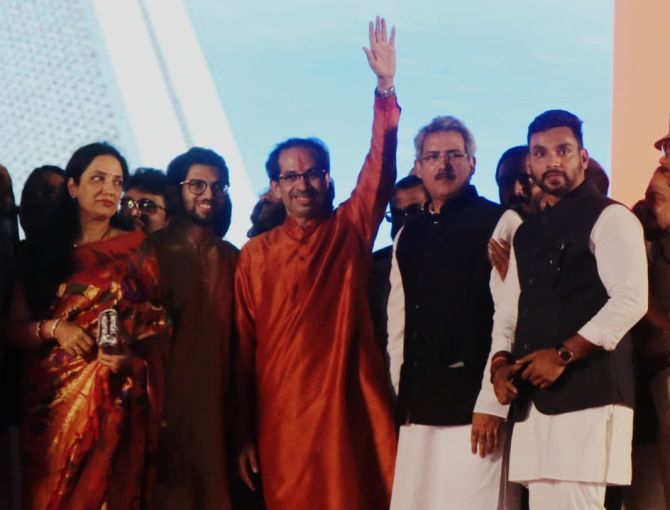 Shiv Sena president Uddhav Thackeray's swearing-in ceremony as Maharashtra chief minister saw six of his predecessors from the state gracing the event held at the Shivaji Park in Mumbai on Thursday evening.

Interestingly, among all the six former CMs, only Fadnavis, the first BJP leader to hold the top post in the state, completed full five-year term.

The BJP emerged as the single largest party winning 105 seats.

The Sena, the NCP and the Congress won 56, 54 and 44 seats, respectively, in the 288-member Maharashtra assembly.