Midnight clearance for citizenship bill with 311 votes in favour

The Lok Sabha passed Citizenship (Amendment) Bill 2019, which seeks to provide Indian citizenship to non-Muslim refugees coming from Pakistan, Bangladesh and Afghanistan, a little past midnight on Tuesday. 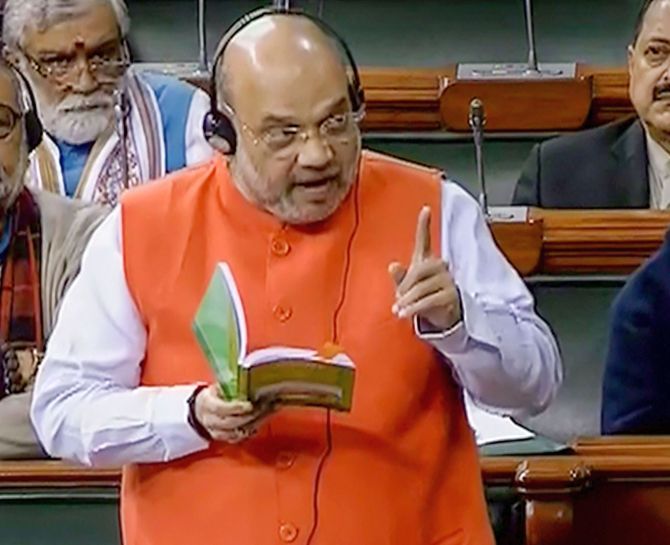 After over seven-hour-long debate, the bill was passed in the Lok Sabha with 311 members favouring it and 80 voting against it.

Several amendments brought by opposition members, including one by Shiv Sena MP, were defeated either by voice vote or by a division.

According to the proposed legislation, members of Hindu, Sikh, Buddhist, Jain, Parsi and Christian communities, who have come from Pakistan, Bangladesh and Afghanistan, till December 31, 2014 and facing religious persecution there, will not be treated as illegal immigrants and will be given Indian citizenship. 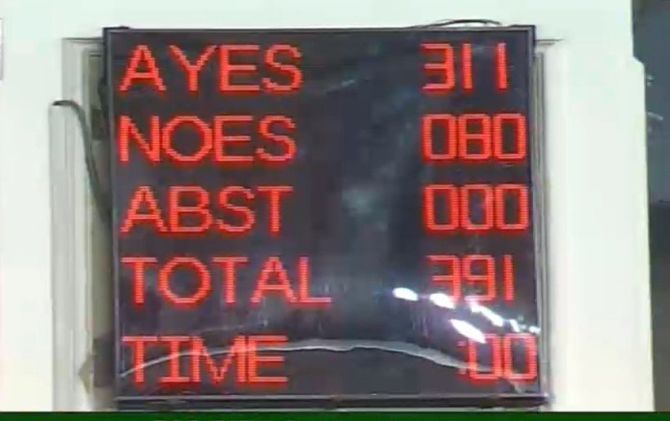 IMAGE: After over seven-hour-long debate, the bill was passed in the Lok Sabha with 311 members favouring it and 80 voting against it. Photograph: TV grab/ANI

Earlier, asserting that the bill has endorsement of India's 130 crore nationals, Union Home Minister Amit Shah introduced it in the Lok Sabha after a heated debate followed by division of votes, forced by opposition members who dubbed it as 'unconstitutional'.

Opposition leaders Adhir Ranjan Chowdhury, Saugata Roy, N K Premchandran, Gaurav Gogoi, Shashi Tharoor and Assaduddin Owaisi opposed the introduction of the bill, saying it was violative of various provisions of the Constitution, including the move to grant citizenship on the basis of religion.

While defending the introduction of the bill, Shah said the Congress had 'divided' the country on the basis of religion that is why it was necessary to bring the bill and added that it was brought on the basis of reasonable classifications provided under the Constitution. IMAGE: Gauhati University students take part in a torchlight rally during a protest against the Citizenship Amendment Bill, at Jalukbari in Guwahati, on Monday. Photograph: PTI Photo

The bill was introduced even as there were protests and incidents of violence in Northeastern states with most of the student unions and regional political parties opposing it, saying it will nullify the provisions of the Assam Accord of 1985, which fixed March 24, 1971, as the cut-off date for deportation of all illegal immigrants irrespective of religion.

Rejecting suggestions that the bill is anti-Muslim, Shah said the measure has the endorsement of 130 crore citizens of the country as it was the part of the Bharatiya Janata Party manifesto in 2014 as well as 2019 Lok Sabha elections.

"We will have to differentiate between intruders and refugees. Citizenship amendment bill does not discriminate against anyone and does not snatch anyone's rights," Shah said while initiating the debate on the contentious bill. 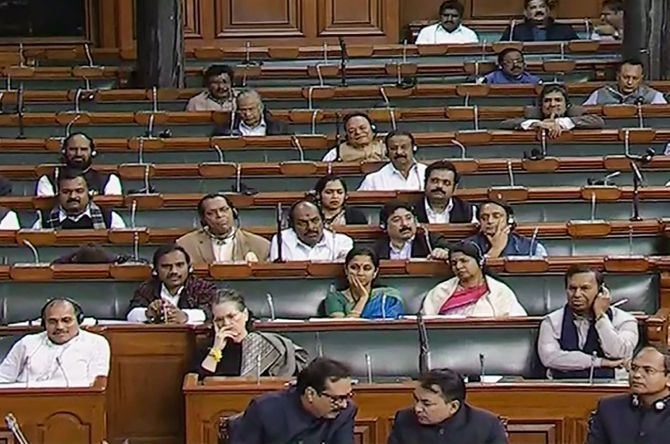 IMAGE: Opposition leaders opposed the introduction of the bill, saying it was violative of various provisions of the Constitution. Photograph: LSTV grab/PTI Photo

Trying to allay apprehensions of people of the Northeast, Shah said the Narendra Modi government is committed to protect the customs and culture of people of the region and informed that Manipur will be brought under Inner Line Permit regime, where the proposed law will not be applicable.

The home minister said under the proposed legislation, citizenship will be granted to refugees coming from the three countries after facing religious persecution there even without documents, including ration cards.

Noting that India has given similar rights to people in the past, Shah said Manmohan Singh and L K Advani could become prime minister and deputy prime minister respectively due to this after they came from present day Pakistan.

"This bill is not even .001 per cent against Muslims. It is against infiltrators," he said earlier while introducing the bill. 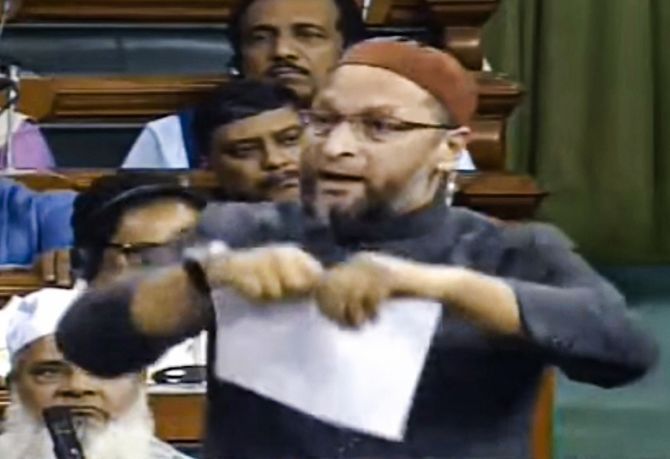 During the debate, which was marked by heated arguments, All India Majlis-e-Ittehadul Muslimeen chief Asaduddin Owaisi also tore a copy of the bill, saying it was aimed at making Muslims 'stateless' and will lead to another partition.

Opposing the bill, Congress MP Manish Tewari said the bill is 'unconstitutional' and 'contrary to the spirit of the Constitution which is secular'.

"Equals cannot be treated as unequal. When a person comes to India, he is a refugee. You cannot discriminate against him on the basis of religion," he said during the debate.

Discrimination on the basis of religion, he further said was not in tune with the Preamble of the Constitution which specifically mentions the word 'secularism'. 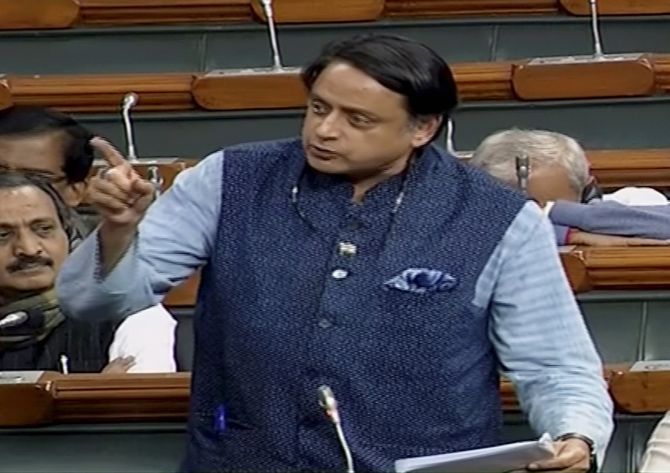 "Secularism is embedded in the Constitution," he said.

Supporting the bill, BJP MP Rajender Agarwal said the country cannot ignore the suffering of the people who have come here after facing religious persecution.

He said Pakistan has failed to protect its minorities under the Nehru-Liaquat pact.

While National Democratic Alliance members the Janata Dal-United and the Lok Janshakti Party extended support to the bill, fence sitters, including the Biju Janata Dal and the Yuvajana Shramika Rythu Congress Party also supported the bill while suggesting that Muslims should also be included in the bill.

Meanwhile, West Bengal Chief Minister Mamata Banerjee said the NRC and the CAB will never be allowed in Bengal as long as the Trinamool Congress is in power.

"Its a divisive bill and shall be opposed at any cost," she said in Kharagpur while claiming that at least 30 people have committed suicide in the state due to panic over the implementation of the National Register of Citizens (NRC). 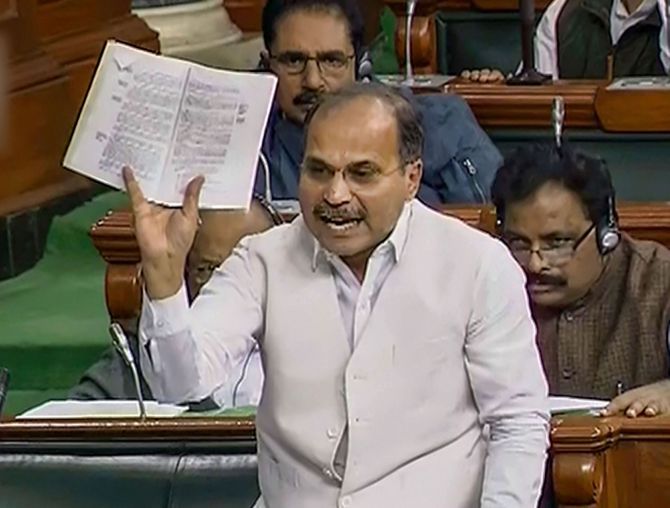 IMAGE: Leader of the Congress in Lok Sabha Adhir Ranjan Chowdhury said the opposition of the bill stems from it being discriminatory in nature. Photograph: LSTV grab/PTI Photo

Adhir Ranjan Chowdhury, Leader of the Congress in Lok Sabha, said the government was trying to create impression that by opposing the legislation, the party was anti-Hindu.

"We are opposing the bill because it is discriminatory in nature. It wreaks havoc on the very foundations of the Constitution. This is a step towards Hindu rashtra. India should maintain the essence of humanity," Chowdhury said.

Surpriya Sule (Nationalist Congress Party) said the perception is that every Muslim is feeling insecure and the second largest minority community should not be felt left out.

As per the bill 'On and from the date of commencement of the Citizenship (Amendment) Act, 2019, any proceeding pending against a person under this section in respect of illegal migration or citizenship shall stand abated on conferment of citizenship to him. 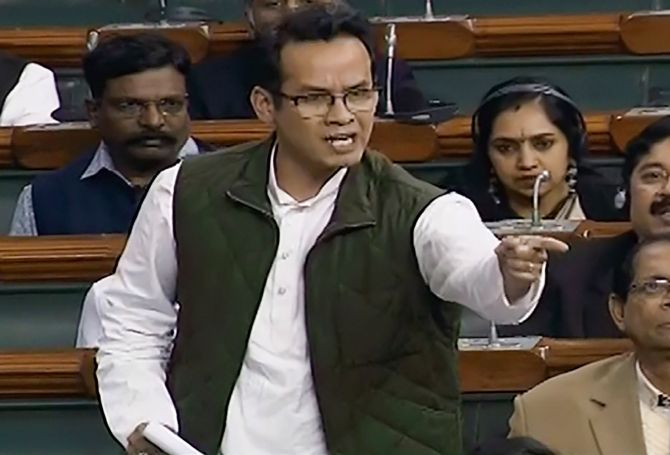 The BJP-led NDA government had introduced the bill in its previous tenure and got Lok Sabha's approval.

But it did not introduce it in Rajya Sabha, apparently due to vehement protests in the Northeast and lack of majority in the House.
That bill lapsed following the dissolution of the last Lok Sabha. 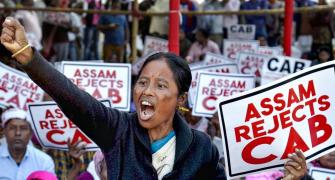 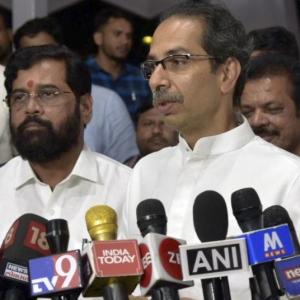