Set aside political rivalries to work for people: Uddhav's peace pipe to BJP

Maharashtra Chief Minister Uddhav Thackeray on Thursday stressed the need to set aside political differences while working for the welfare of people and development of the country. His comments came in the wake of the ruling Maha Vikas Aghadi (comprising the Shiv Sena, the Nationalist Congress Party and the Congress) and the opposition Bharatiya Janata Party in the state levelling charges of corruption and other allegations against each other in the last few days.

Thackeray was speaking virtually after the inauguration of a water taxi service, linking Navi Mumbai to south Mumbai, and the Belapur jetty in the neighbouring township.

Union Minister for Ports, Shipping and Waterways Sarbanand Sonowal flagged off the service via video conference.

Thackeray said the water taxi service is the first such facility in the country.

The first railway service had started between Mumbai and Thane and the network then expanded all over the country, he noted.

"It is a known fact that what starts from Mumbai is emulated by the entire country. I am proud that the first water taxi service has started in Mumbai," he said.

Maratha king Chhatrapati Shivaji Maharaj had said one should rule over the seas and he worked in that direction.

The British then brought the railways. The first train service started between Mumbai and Thane. After that, the rail network spread throughout the country, the CM pointed out.

Thackeray said there is a need to focus on the available resources and how they can be used for the welfare of people.

He said the water transport service will be useful for travelling to the Elephanta Island, a world heritage site off the Mumbai coast.

Infrastructure is important for development, he said, adding that investors give priority to infrastructure while deciding on projects.

"We need to keep aside our political differences while working for the people and development. Maharashtra will give a helping hand to the Centre and together we can make our country strong," the CM said.

Thackeray said the sea is not just for watching the sunrise and sunset. It should be used to expedite the economic development.

The water transport launched today will surely be useful for the common man. In the next couple of years, sea water will be treated and used for drinking purposes and this will be a revolutionary step, he stated.

He pointed out that a network of transportation facilities has been knit in the Mumbai region, which includes Mumbai-Pune highway, 55 flyovers in Mumbai, coastal road, Mumbai-Konkan sea route, Sewree-Nhava Seva route, among other others.

Development of water transport facility in the MMR is an important step, which will go a long way in helping the commuters, he added.

Union minister Sonowal said the strengthening of infrastructure on the coast will help provide employment to locals.

The water transport project links Navi Mumbai with south Mumbai and it will help in saving the commuting time of people, he said.

He added that under the Centre's Sagarmala programme, several projects have been undertaken in the state. Efforts are on to provide the best water transport services to citizens living along the state's coastline, which will also generate employment and help develop the region.

The ministry of ports, shipping and waterways has proposed 131 projects in the state and some more jetties are planned to be set up in the Mumbai harbour region.

"Depending on the response to water taxi, work on additional jetties would be undertaken," he said.

As many as 131 projects, worth around Rs 1.05 lakh crore, have been finalised for the state. A sum of Rs 278 crore will be made available for 46 projects under the Sagarmala programme, Sonowal added.

According to him, the fishermen from Mumbai, Palghar, Raigad, Ratnagiri and Sindhudurg districts are being empowered and strengthened by way of creating better infrastructure facilities for them. 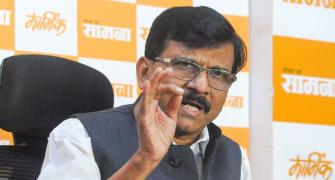 'Three and a half' BJP leaders will go to jail: Raut 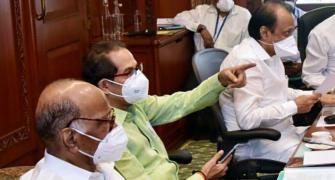 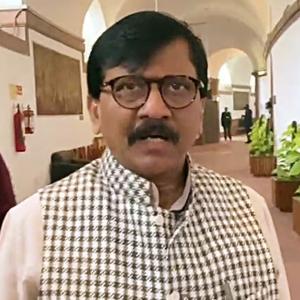 MVA future of Maha, no room for BJP tie-up: Raut