Serum Institute of India on Tuesday said it will be starting trials of the COVID-19 vaccine candidate developed by Oxford University and AstraZeneca by the end of August on up to 5,000 Indian volunteers after getting the necessary nods, and launch the vaccine by June next year if all goes well. 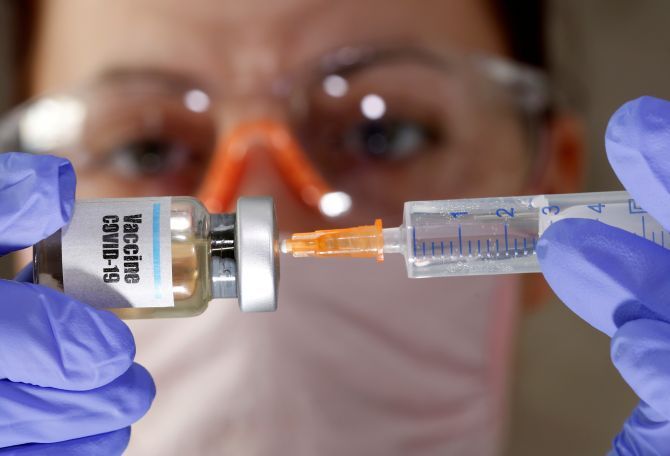 The Pune-based company's chief executive Adar Poonawalla said the company, which is the largest vaccine maker in the world, is putting $200 million at risk by manufacturing nearly 300 million doses before the final nod to launch the vaccine in market, which is expected at best by the end of the year.

Oxford University on Monday announced satisfactory progress with the vaccine, making it one of the leading ones among the dozens of vaccine candidates being developed around the world.

The varsity has tied up with Serum Institute of India (SII) to manufacture and supply the vaccine to India and over 60 other countries having a combined population of 3 billion, Poonawalla said.

"We are making this application within the next 48 hours to the Drug Controller General of India's office. They will probably take about 1-2 weeks on what kind of study and trial we will have to do," Poonawalla said, speaking to CNBC-TV-18 news channel.

It will take another three weeks to inject patients in hospitals, he said, adding, "We are talking about a month or month and half maximum from today...may be even sooner."

The vaccine under development will be injected into 4-5,000 volunteers in Pune and Mumbai -- which have high rates of coronavirus infections -- as part of the crucial phase three of the trial which will determine if the antidote can be introduced in the market or not.

Poonawalla said there is no dearth of volunteers and added that unlike the exclusion of older people in the initial phase of trials at Oxford, the Indian trials will include elderly people and health workers as well because the initial phase has conclusively proven the safety of the vaccine.

Parallel to the process of applying for trials and having actual trials on humans in India, the company will be applying for a special permission to start manufacturing the vaccine in the country, which exposes it to a commercial risk if the vaccine fails at the last stage, he said.

As part of the special permission, the company will manufacture up to 70 million doses of the vaccine per month up to October, and plans to take it up to 100 million per month by December, so that it is ready to hit the market once the final approvals are in place.

If this goes to plan, the phase three trials will take two months after the patients get injected and the vaccine gets a final nod by November, he said, adding that in such a scenario, it can get introduced either in 'quarter one or two' of next year.

The company has already manufactured around 2-3 million doses of the vaccine for getting the process correct and also stabilising its machinery, Ponnawalla said, clarifying that these will never be used on humans.

"If you look at the process right now, the risk of the opex (operating expenditure) which we are putting in is more than $200 million.

"If this vaccine fails, we will be down (by) $200 million," he said, adding the expenses exclude the opportunity cost of using the same facility for some other purpose.

Poonawalla also said SII is looking at external investors for the vaccine-related endeavour and added that it has tie-ups with five other vaccine candidates which will be housed into a separate step-down subsidiary, where the family will dilute its stake by 15-20 per cent.

Apart from the five tie-ups already forged, SII is in talks with two other candidates, he said, adding that a manufacturing plant with capacity to produce 1 billion units of the vaccine per year will also get housed in the subsidiary.

He further said it is extremely likely that the COVID-19 vaccine would require two or more doses, like in the case of antidotes for measles and other diseases.

"We have got a lot on the line and bet big on this (Oxford-AstraZeneca) candidate. And we really hope it works," he added.

Meanwhile, Poonawalla Group Chairman Cyrus Poonawalla said SII is committed to producing 1 billion doses of the COVID-19 vaccine after it gets the necessary approvals.

He was speaking at an online discussion organised by FICCI Ladies Organisation (FLO), Pune Chapter.

The company wants to make the vaccine available at the lowest price possible so that even the poor can afford it, a statement quoted Cyrus Poonawalla as saying.

Asked if there could be any setback in terms of productivity and output of the vaccine, he said chances of failure look remote.

If the approvals are in place and trials are completed successfully, then lot of companies will manufacture the vaccine and India will be the largest producer of the COVID-19 vaccine in the world, he added. 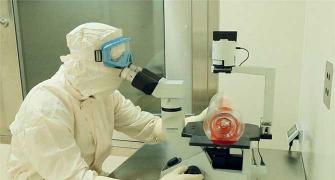