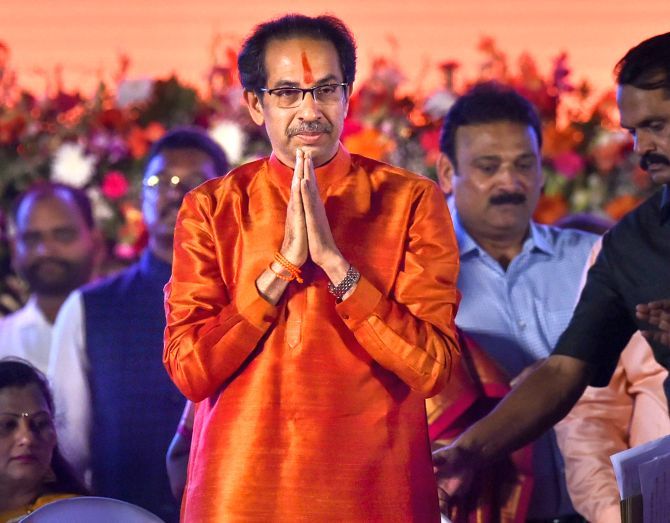 Maharashtra Chief Minister Uddhav Thackeray on Tuesday said the Shiv Sena won't back the Citizenship (Amendment) Bill in the Rajya Sabha till there is clarity on the party's queries posed in the Lok Sabha.

The Lok Sabha passed the Bill, which seeks to provide Indian citizenship to non-Muslim refugees coming from Pakistan, Bangladesh and Afghanistan after facing religious persecution there, a little past midnight on Monday after a heated debate that lasted over seven hours.

The Sena supported the Bill in the Lower House.

Thackeray told reporters in Mumbai that a detailed discussion and debate on the Bill was necessary.

The Modi government needs to worry about the economy, job crisis and rising cost of living, especially the onions price rise, more than the implementation of the Bill, he said.

"We need to change this notion that one who supports the Bill and the BJP is a patriot and one who opposes it is anti-national.The government should answer all the issues raised on the Bill," he said.

Taking a dig at the BJP, Thackeray wondered if people who have sought refuge in India and who will come under the Bill's ambit will now get more onions.

"The BJP feels that any one who disagrees (with it) is a 'deshdrohi' (traitor)," Thackeray said.

The Sena has suggested changes it wants to be included in the Bill in Rajya Sabha, he said.

"Where will these refugees stay.. in which state. All this should be clarified," he added.

"We raised some questions but they were not answered. It is an illusion that only the BJP cares for the country," Thackeray said.

"We don't take a stand based on who likes it or not," he said when asked about his party's stance on the Bill.

Sena should not change its stance under pressure: Fadnavis

Former Maharashtra chief minister Devendra Fadnavis on Tuesday cautioned the Shiv Sena against coming under pressure from the Congress over the Citizenship (Amendment) Bill.

Fadnavis, Leader of Opposition in Maharashtra Legislative Assembly, said Shiv Sena should not come under pressure from Congress in order to save the state government while taking stand on issues like CAB and NRC.

Talking to reporters, Fadnavis said Shiv Sena had supported the Bill in Lok Sabha on Monday but now Thackeray had taken a different stand for Rajya Sabha.

"Shiv Sena should stick to its old stand on CAB and NRC and not change it to save the Maha Vikas Agadhi (MVA) government," he said.

The decision to vote in favour of the citizenship bill was taken in the interest of the nation and the Common Minimum Programme (CMP) agreed by the Shiv Sena, NCP and the Congress is applicable in Maharashtra, Sena MP Arvind Sawant said on Tuesday.

"It (voting in the favour) is in the interest of the nation," Sawant said.

When asked about the CMP agreed by the three parties, he said, "It is for Maharashtra." 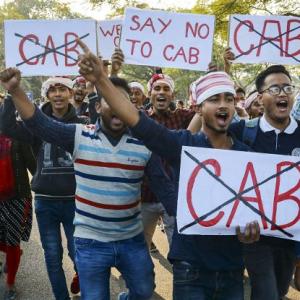