Nearly two months after his wife and daughter committed suicide, senior bureaucrat B K Bansal, out on a bail in a corruption case, allegedly hanged himself along with his son at their residence with a purported suicide note claiming "harassment" by the Central Bureau of Investigation.

The tragic replay of events at the house of Bansal, Former Director General Corporate Affairs, in East Delhi's Neelkanth Apartments came to light when the family's maid entered the flat through an "unlocked door" around 9 am.

The police found photocopies of their suicide notes, attached with separate passport size photographs of all the four family members, strewn across the 3-BHK flat.

Police said Bansal's son Yogesh (31) has named some CBI officers in his suicide note and alleged that they had been "harassing" him and his father. "The actual handwritten suicide notes haven't been found yet," police said.

However, a CBI spokesperson said Yogesh was neither an accused nor was he summoned by the agency in connection with the case.

The suicide notes will be sent to the CBI, a police officer said.

The maid, Rachna (16), told the police she had overheard Bansal telling "someone" that Yogesh had been called for questioning on Tuesday.

"Bansal told her that when she comes to work the next morning, the door will remain open, since they would sleep late as they had to go for CBI questioning," police said.

"Bansal and his son left behind photocopies of two separate suicide notes that were found in the rooms where they hanged themselves," police added.

Bansal's wife and daughter, in separate suicide notes, had stated that the "CBI raid" caused "great humiliation" and they did not want to live after that. They had, however, held nobody responsible for their death.

The CBI had carried out searches at eight locations in connection with the case during which the agency had claimed to have made cash recoveries.

Following his arrest, Bansal was granted interim bail from July 20 to August 21 and thereafter he was granted regular bail on August 30, CBI said.

The household had employed two maids-- Rachna and Aarti. The apartment guard told police Aarti would come before Rachna everyday. Today, Aarti reported for work around 8am but she left without informing anybody about the double suicide.

When Satyabala and Neha had killed themselves, Rachna and Aarti were present inside the house and had informed the security guards who had then informed the police.

Rachna found the bodies and ran out to inform the security guards.

Neighbours and RWA members were shocked by the development. Those who had interacted with Bansal recently said he had come to terms with the death of his wife and daughter.

"I had met him few days after the suicides of his wife and daughter and he was saying that an astrologer had told him that there would be trouble for his family. He was in shock after that tragedy but he was trying to move on," Raghubir Singh, the complex manager, said.

The neighbours said Bansal and his family hardly interacted with them.

"When his wife and daughter were alive, we would seldom talk to them. But after they passed away, we rarely saw Yogesh and his father outside the home. The family mostly kept to themselves," said a resident of the complex.

Bansal and his son Yogesh had returned to Delhi from their hometown Hisar around 15-20 days back after finishing last rites rituals of Satyabala and Neha. Raghubir said Yogesh had visited the complex office to pay the electricity bill.

"Yogesh had come to the office and had given me cash for paying the electricity bill. He had said their accounts had been sealed and that's why he was paying the amount in cash which is usually paid by a cheque," Raghubir said.

Yogesh also told Raghubir that they will be living in the apartment now.

Raghubir said that they had also suggested Bansal to perform some puja at their house since his wife and daughter had died there.

"He kept telling us that they had carried out all the formalities in Hisar and they had asked a pandit from a nearby temple to do the Sunderkaand path every day at the temple for 51 days," Raghubir said.

"He had called the pandit around 6PM and paid him Rs 2,100 and gave him packets of ghee for carrying out the puja for his
deceased wife and daughter. They had told the pandit that since they are leaving for Hisar, they were giving him the money. Who knew that they were planning to kill themselves?" Raghubir said.

Harish, who stays in the block next to that of the Bansal family, said the incident has left everyone in shock.

"Few days back, I had gone to their house and sat with Yogesh and his father for more than an hour. If they were depressed, they didn't display it," he said.

"Bansal was saddened after losing his wife and daughter. But he was saying he will get Yogesh married. Yogesh was working as a property dealer and was settled," he said.

A guard posted at Neelkanth Apartments said, "They were plannign to hire a maid for cooking their food. Even when the women of the house were alive they used to order food from outside. They had been inquiring about cooks."

Some residents also said it was only after the CBI raid in July, that they had discovered that Bansal was at such a high position in the ministry of corporate affairs.

"They had been staying here since 2004. He had told us that he has resigned from his job. We never thought that he was at such a high post because he would always commute in his car without a driver. It was only when the CBI raided his house in July that we came to know about his stature," Bansal's friend said.

Those who knew Bansal said he was quite a religious man and an animal lover.

"He used to feed birds daily. Every night, he would feed the cows. He was extremely religious and a big animal lover," RB Mishra, a security guard, said.

Bansal's distant relatives arrived from Hisar around 6.30pm and were talking how the CBI probe had ruined the entire Bansal family.

Police have ruled out filing a case of abetment to suicide as of now since there is "no criminality" established till now against the officers named in the suicide note. 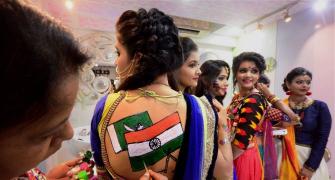 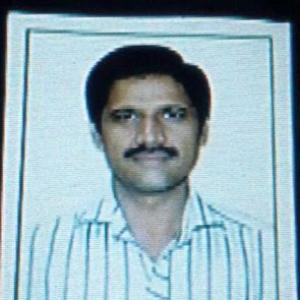 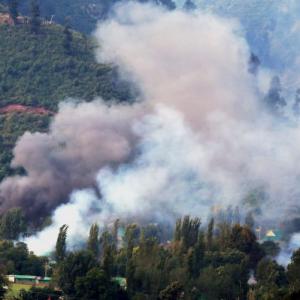