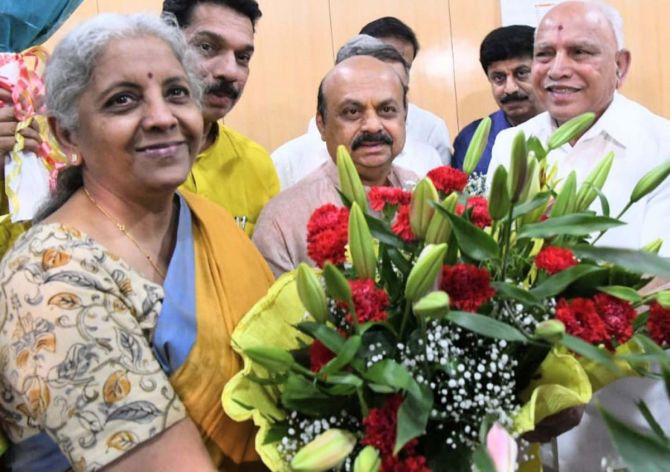 In an emphatic endorsement for the BJP in Karnataka, the ruling party had the last laugh as it won all the three Rajya Sabha seats it contested out of the four that went to polls.

The main opposition Congress managed to win only one of the two seats for which its nominees were in the fray, while the Janata Dal-Secular drew a blank.

Sitharaman and Ramesh have been re-elected to the Rajya Sabha from Karnataka.

There was suspense over the outcome of the fight for the fourth seat, which witnessed a tight contest between all the three major political parties none of which had enough votes for an easy win.

However, BJP's Siroya triumphed over Mansoor Ali Khan of the Congress and D Kupendra Reddy (Janata Dal-Secular), apparently aided by cross-voting from rival parties and the help of Independents.

In Rajasthan, the ruling Congress won three of the four seats and the BJP one.

BJP-backed Independent nominee and media baron Subhash Chandra, whose entry into the fray had added spice to the electoral tussle, fell by the wayside.

Chandra, who had won the last RS election as an Independent from Haryana, tried his luck from Rajasthan.

In an interesting development, BJP MLA Shobharani Kushwah cross-voted in favour of Congress candidate Pramod Tiwari. The BJP promptly suspended her from the party's primary membership.

"When everybody knows that 126 MLAs are with us, why did they (BJP) field an independent candidate? They wanted to attempt horse-trading but that did not happen," a jubilant Chief Minister Ashok Gehlot told reporters at the assembly complex in Jaipur.

The victory of the Congress candidates has sent out a strong message in the country, he said, asserting the party will retain power in the Assembly elections next year.

The Bharatiya Tribal Party (BTP) with two MLAs had extended support to it.

The ruling party also had the claimed support of 13 Independents and one Rashtriya Lok Dal MLA, who is a state minister.

On the other hand, the BJP had 71 MLAs. After the victory of its party candidate, who secured 43 votes, the BJP had 28 surplus votes to help Chandra's bid.

Three MLAs of the Rashtriya Loktantrik Party (RLP) too had extended support to Chandra, but he still couldn't manage the additional votes required for a victory.

In Haryana, the BJP's Krishan Lal Panwar and Independent candidate Kartikeya Sharma, backed by the saffron party and its ally Jannayak Janata Party, won the two Rajya Sabha seats, after the counting of votes was delayed by hours over allegation of violation of rules.

Senior Congress leader Ajay Maken did not get enough votes.

According to a senior Election Commission official in Chandigarh, Panwar got 36 votes, while Sharma got 23 first preference votes and six transferred from the BJP, taking his tally to 29.

The counting of votes began past midnight Friday after the Election Commission gave the go-ahead.

The counting was held up after the BJP and an Independent candidate backed by it had alleged violation of rules and demanded the votes of two Congress MLAs be declared invalid.

EC sources in Delhi said the demand was rejected.

The Congress had also approached the EC accusing the BJP of trying to defeat the process of free and fair election and demanded immediate declaration of results.

Similarly in Maharashtra, the BJP won 3 RS seats, defeating the Shiv Sena for the 3rd seat. The latter won one, the Congress one and the Nationalist Congress Party, one.

However, the EC ruled all votes to be valid except Kande's and the couting began after 1 am on Saturday.

Objecting to the EC's decision, Shiv Sena spokesperson Manisha Kayande on Saturday sought to know the reason behind rejection of Kande's vote. 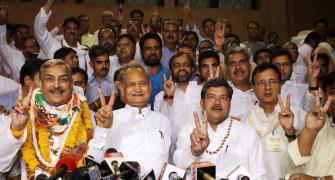 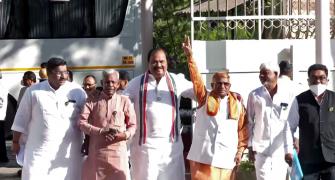 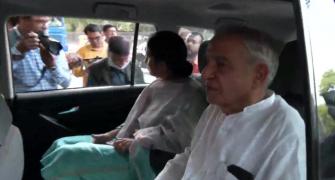 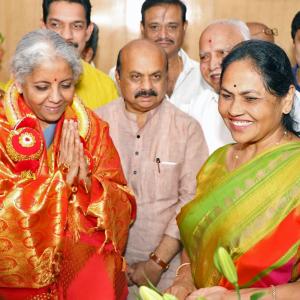 It's 3 RS seats for BJP in Karnataka, 1 for Congress 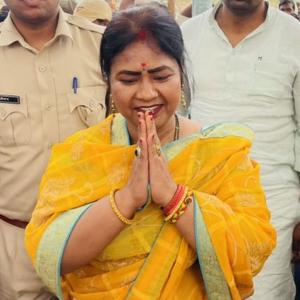