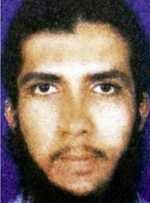 Yasin Bhatkal, one of India's most dreaded terrorists, has been detained at the Indo-Nepal border.  We republish a dossier on the terrorist, who regrouped the Indian Mujahideen and had a bounty of Rs 15 lakh for any information on him.

The Indian Mujahideen keeps rearing its ugly head courtesy its leader who has till today managed to give investigators the slip. A motivator, recruiter, logistic provider, bomb maker and now leader, Yasin Bhatkal is on India's most wanted list. The police have launched full-fledged dossier in a bid to tighten the noose around Yasin's neck.  A bounty of Rs 15 lakh has been announced for any information on him.

"We have alerted Interpol and want to ensure that he is nabbed at the earliest," says a police official. However, investigating agencies believe that he has not left India despite reports of him fleeing to Bangladesh, Karachi and Saudi Arabia.

Born on January 15, 1983 Yasin hails from the coastal town of Bhatkal in Karnataka and is related to IMoperatives Riyaz and Iqbal Bhatkal.

On his return to India, he started working closely with the IM. He raised Rs 14 lakh through donations and invested the same in a construction project. This, the Intelligence Bureau says, was a front to keep the terror funds coming in.

Gradually, he mastered the art of making explosives and over the years he has trained other IM members. He took the help of an operative from West Bengal to raise more money for the outfit through a fake currency racket.

The dossier says that Yasin's rise to the ranks ensured the rebirth of the Indian Mujahideen. Yasin and Riyaz have different styles of operation. While Riyaz is aggressive, Yasin believes is taking things slow. After Yasin took over the IM, he wanted to ensure that the operatives worked behind the scenes and a strong network was set up. He did not believe in the kind of bravado that the IM earlier displayed.

There is a marked difference in the function of the IM under Yasin. He does not believe in sending emails and claiming responsibility for attacks. He realised activities of the IM were checked earlier, as the operatives challenged agencies head on. Yasin believes that attacks should be carried out at regular intervals and it is the attack that should convey the message.

According to the Intelligence Bureau, Yasin was already working for the IM even when Riyaz was running the show. He, however, preferred to remain low-key and his name cropped up for the first time only when two operatives arrested in the Delhi blasts -- were Mohammad Saif and Ismail Choudhary -- revealed details about him.

The duo confessed that they were taught how to assemble a bomb by Yasin. They revealed that Yasin had shifted the IM base out of Maharashtra, Delhi and Karnataka to set up a new one in Bihar. Keeping in mind the rise in infiltrations in Bihar, he thought it was an apt location to restart IM operations.

His association with Bihar began when he got in touch with Fasih Mahmood. They worked closely together and the first attacks were carried out by the Bihar module at the Chinnaswamy stadium in Bangalore and the Jama Masjid firing in 2010.

Yasin has not masterminded many high-intensity blasts. However, he has slowly managed to marshal his forces and has proven that he can strike anywhere at will. He regrouped the IM with the help of a Mohammad Adil from Pakistan.

Yasin played a vital role in planning and executing the 13/7 train blasts in Mumbai in 2006, the Delhi blasts in 2010, the Chinnaswamy stadium blasts in Bangalore in 2010, the German Bakery blast in Pune in 2010 and the Delhi high court blast in 2011.

Yasin ensured that the IM operations moved out of the control centre in Pakistan to Saudi Arabia.

The dossier says that Yasin indoctrinated large number of youths by citing the Batla House encounter (where two suspected terrorists, Atif Amin and Mohamed Sajid were killed while two other suspects Mohd Saif and Zeeshan were arrested) and this was a talking point while regrouping the outfit. 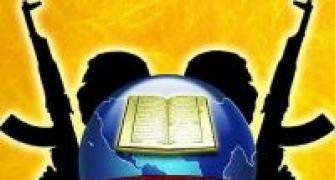 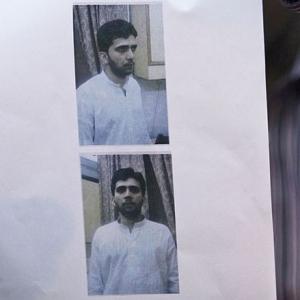 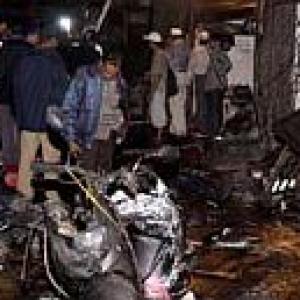