Yoga guru Ramdev on Saturday met his aide Balkrishna, who was arrested by the Central Bureau of Investigation in a fake document case, in a jail in Dehradun, police sources said.

Ramdev, who was staging a sit-in in front of the CBI office in Dehradun in protest against Balkrishna's arrest, left for Suddhowala jail soon after his aide was remanded to judicial custody by a court.

Earlier, a CBI court rejected the bail Balkrishna's application and remanded him in nine-day judicial custody in a fake document case.

Balkrishna was arrested on Friday after the court issued non bailable warrants against him after he failed to appear before it. The CBI had on July 10 filed a chargesheet in a special court here against Balkrishna in the case. 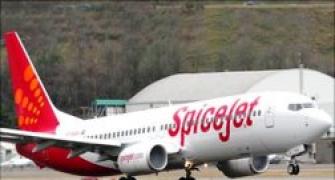 Balkrishna's arrest an attempt to scare me: Ramdev