Ram Setu a man-made structure or natural? ICHR to explore 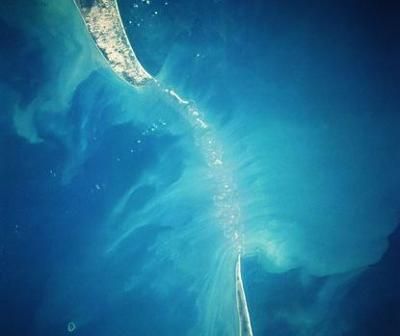 The Indian Council of Historical Research will undertake a two-month pilot project on 'Ram Setu' later this year to archaeologically "ascertain" if the structures were built naturally or were "man-made".

"One of the major projects that we are going to initiate is the Ram Setu pilot project which will seek to ascertain or find out if these structures were results of natural phenomenon or man-made," he said.

Asked as to who initiated the project, Rao said it was "completely an ICHR initiative but we may approach the Centre if needed".

The chairman said, archaeology experts from ASI, research scholars, university students, marine experts, and scientists would be part of the team.

"A nationwide selection process would pick up students and scholars from various universities to be part of the team," Rao added.

"We are going to hold a two-week workshop on history of oceanic archaeology by May or June. During that event, we will also identify scholars, students and trainers who could be part of this ambitious project," he said.

Asked if the findings would be compared with writings in the epic Ramayana, the chairman said, "Our purpose only is to explore it from archaeological standpoint."

As per Indian mythology, Ram Setu or Adam's Bridge, was built by an army of monkeys for Lord Rama and his warriors to cross over to Lanka.

These marine structures, between the coasts of Tamil Naidu and Sri Lanka, have been at the centre of controversy especially since the Seethusamudram shipping canal project.

The ICHR is a flagship research-based institution that functions under the Ministry of Human Resource Development.

"Our project could inspire others, even our government to further take up this project," Rao said.

The announcement comes at a time when the spotlight has returned to the issue of Ram Temple in Ayodhya after the BJP's win in the recent Uttar Pradesh assembly polls.

Related News: Indian Council of Historical Research, Sudershan Rao, Ram Setu, Ministry of Human Resource Development, ASI
SHARE THIS STORY
Print this article
What ASI has to say about Ram Sethu
Why the Ram Setu must not be destroyed
'No archaeologist has worked on the Ram Sethu'

Because it is Ram Setu and not Nehru bridge