Defence Minister Rajnath Singh met his Chinese counterpart General Wei Fenghe in Moscow on Friday in the first highest level contact after border tension erupted in Ladakh in May as the Indian leader said peace and security in the region demands a climate of trust, non-aggression, peaceful resolution of differences and respect for international rules.

Singh's comments seen as a veiled message to China ahead of his bilateral talks with Wei came at a meeting of the defence ministers of the Shanghai Cooperation Organisation in the Russian capital.

According to Indian government sources, the bilateral meeting was requested by the Chinese defence minister.

Defence Secretary Ajay Kumar and Indian Ambassador to Russia D B Venkatesh Varma are part of the Indian delegation at the talks that began around 9:30 pm (IST) at a prominent hotel in Moscow.

The meeting took place amid heightened tensions between the two countries triggered by China's fresh attempts to occupy Indian territory in the southern bank of Pangong lake in eastern Ladakh.

As both sides increased deployment of troops in Ladakh, Chief of Army Staff Gen M M Naravane, wrapping up a two-day visit to the region, said the situation along the Line of Actual Control is "tense" but added that the nation can count on the Indian Army.

"The situation along the LAC is tense. We have undertaken precautionary deployment in some areas. The troops are prepared for all contingencies that may arise. All these actions have been carried out only along the LAC," he said after holding a series of meetings with top army commanders.

In his address at the SCO meet, Rajnath Singh referred to the Second World War and said its memories teach the globe the "folies of aggression" of one state upon another that brings "destruction" to all.

Both India and China are members of the SCO, an eight-nation regional grouping which primarily focuses on issues relating to security and defence.

"Peaceful stable and secure region of SCO member states, which is home to over 40 per cent of the global population, demands a climate of trust and cooperation, non-aggression, respect for international rules and norms, sensitivity to each other's interest and peaceful resolution of differences," Singh said in the presence of the Chinese defence minister.

Separately, Foreign Secretary Harsh Vardhan Shringla said there will be no compromise on India's sovereignty and territorial integrity, and asserted it cannot be "business as usual" in bilateral ties unless there is peace and tranquility in the border areas. At the same time, he said India is open to resolving outstanding issues through dialogue.

"This is one of the most serious challenges we have faced in many decades," he said, adding "we have not seen this magnitude of amassing of forces on the border also in recent years". Shringla was speaking at an Indian Council of World Affairs webinar.

In the meantime, Brigade commanders of Indian and Chinese armies held a nearly three-hour-long interaction near Chushul in eastern Ladakh, exploring ways to bring down tensions. The outcome of the interaction is not immediately known.

Tensions flared up again in eastern Ladakh after China unsuccessfully attempted to occupy Indian territory in the southern bank of Pangong lake five days ago when the two sides were engaged in diplomatic and military talks to resolve the prolonged border row.

Following China's fresh attempts to change the status quo in the southern bank of Pangong lake, India has further bolstered its military presence in the region.

"It was very satisfying to see our soldiers and local commanders in high morale and good health. It gives me confidence that they are well prepared to safeguard the territorial integrity of our nation. The Indian Army is known for its commitment and resolve," Gen. Naravane said.

"We will continue to utilise all existing mechanisms to reduce tension and to ensure that the status quo is not unilaterally changed," he added.

"Over the past three months, both sides are engaged in resolving the situation. Military and diplomatic channels are functioning. Indian side is firmly committed to resolve the current situation along the LAC through engagement," Gen. Naravane said.

In a statement, the army said Gen Naravane interacted with soldiers and local commanders deployed in difficult high-altitude forward areas.

It said he appreciated their high morale and standards of professionalism exhibited by the units in safeguarding the country's territorial integrity.

The army chief was briefed about the overall security scenario by Lt General Y K Joshi, General Officer Commanding-in-Chief of Northern Command and Lt Gen. Harinder Singh, the Commander of the Leh-based 14 Corps. Jaishankar to attend meeting of SCO FMs in Russia 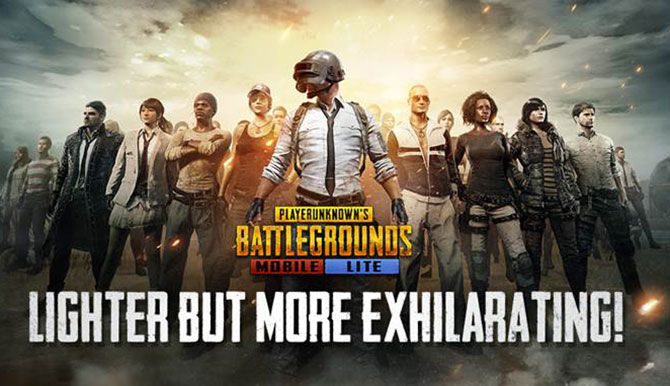 China reacts to India's ban on PUBG, other apps