Rajinikanth on Sunday lauded Union Home Minister Amit Shah for abrogating Article 370, which gave special status to Jammu and Kashmir, and described the Narendra Modi-Shah duo as "Krishna and Arjuna." 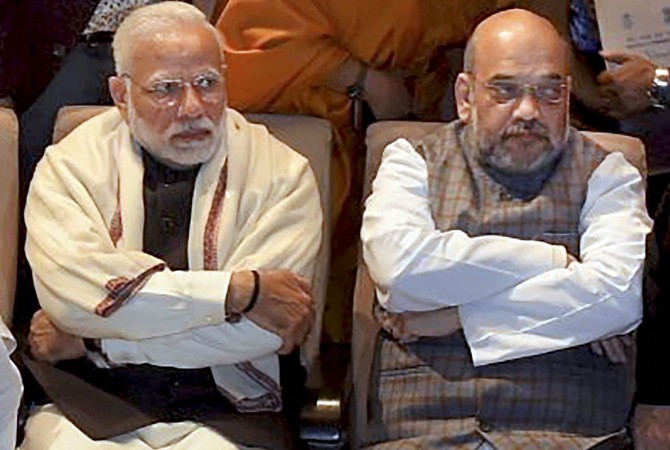 "My heartfelt congratulations to Amit Shah for Mission Kashmir. Hats off," he said at the release of a book chronicling the two years of Vice President M Venkaiah Naidu in office.

Prime Minister Modi and Shah were like Lord Krishna and Arjuna, he said.

However, "we don't know who is Krishna and who is Arjuna," added the actor, who has said he would launch his political party and contest the 2021 assembly elections in Tamil Nadu.

The Krishna-Arjuna combination is credited with playing a key role in the Pandavas winning the Mahabharata battle against the Kauravas.

In a bold move, the Centre last week revoked Jammu and Kashmir's special status and announced it would be split it into two union territories -- Ladakh, and Jammu and Kashmir, with the bills in this regard being passed by Parliament.