Dismissing apprehensions that infighting may affect the Bharat Jodo Yatra in Rajasthan, senior Congress leader Sachin Pilot on Sunday said the party's state unit is "fully united" and focussed on ensuring that the Yatra is even more successful than it has been in other states. 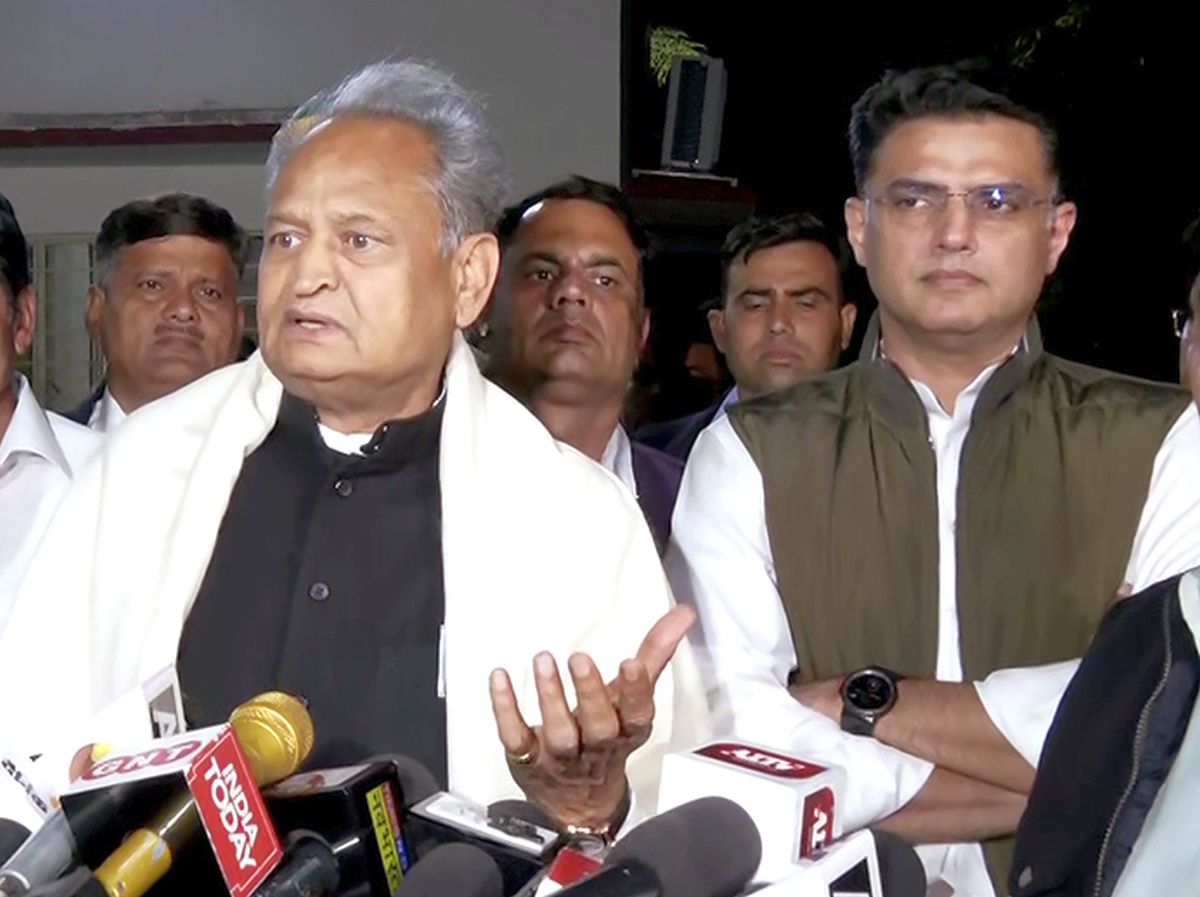 Pilot also slammed the Bharatiya Janata Party for taking potshots at the Congress over his differences with Rajasthan Chief Minister Ashok Gehlot, saying that "sounds rich" coming from the BJP which has at least a dozen claimants for the post of chief minister.

"There is so much disunity in the BJP. They have not even been able to establish themselves as a proper opposition in the last four years in Rajasthan," Pilot told PTI in an interview on a day the Bharat Jodo Yatra enters Rajasthan.

Asked about apprehensions about the yatra's fate in Rajasthan following the events leading up to it with Gehlot attacking him in an interview with NDTV, Pilot dismissed the apprehensions as "stories put out in the media".

"As far as Rahul (Gandhi) ji's Bharat jodo yatra is concerned, there is complete unanimity in the party and we are working together to make it a success," Pilot said.

"So there is no question of individuals -- A, B or C. As a party we have worked hard to form a government and Rahul ji's yatra will only add to the efforts towards the next election in 12 months' time," the former Rajasthan deputy chief minister said.

Pointing out that Congress general secretary in-charge organisation, K C Venugopal, was in Jaipur last week, Pilot said there was a long discussion on various aspects of the yatra and how to mobilise all workers and lakhs of people were set to join it.

So, there is absolutely no question of any sort of apprehension, he added.

"There may be some planted stories here or there, people trying to create manufactured controversies but the party is fully united. We will make sure the yatra is even more successful than it has been in other states," Pilot asserted.

Asked if Gehlot's remarks against him had cast a shadow on the yatra, Pilot said, "I think the more important thing right now is for the yatra to enter Rajasthan be concluded successfully (in the state)."

"We are all singularly focused on making the yatra a great grand success so that it remains in the minds and memories of the people for years and generations to come," the former Union minister said.

That is the primary focus and everyone is putting their best efforts to ensure that the yatra is successful, Pilot said.

His remarks come days after a major row erupted following Gehlot's remarks that Pilot is a 'gaddar' (traitor) and cannot replace him. The remarks drew a sharp response from Pilot who had said it was unbecoming of Gehlot's stature to use that kind of language and that such "mud-slinging" would not help at a time the focus should be on the yatra.

On whether the yatra will forge unity in the Congress' Rajasthan unit, Pilot told PTI, "When I say this, I say this for myself and everybody else that our top priority right now is to win the next elections. Every five years, the government is changed in Rajasthan. That trend needs to be broken and whatever it takes to break that trend, we will all do collectively."

In 2013, the then Ashok Gehlot-led government was reduced to 21 seats out of 200 and from that point the party worked hard and won a full majority government, he noted.

"In future if we work collectively and the government and the organisation deliver as we have done in the past on our promises, we can win the elections," he said.

The idea is to win Rajasthan, Chhattisgarh and Madhya Pradesh as it is crucial for those polls would be held next year close to the Lok Sabha polls, he said.

Talking about the yatra, Pilot said the BJP was claiming that the it would only get traction in the southern part of India but as it moved from Telangana, Maharashtra, Madhya Pradesh and now Rajasthan, it had only gotten bigger in scale and impact.

"So it is certainly a cause for worry for the BJP. As far as the Congress is concerned, we are getting great traction, the message of the Yatra has percolated down to the masses," he said.

In Rajasthan, there is election in 12 months time, so of course, the Congress hopes to gain from the yatra as it passes through 500 km in Rajasthan, he said.

"We are fully geared. This is the first state where we are in government (where the Yatra is passing through) as opposed to other states where we are in opposition. We have prepared for a historic welcome," Pilot said.

On the BJP's often repeated swipe that the party needs "Congress jodo" instead of Bharat Jodo, Pilot said all the BJP does is finger pointing and looking into the affairs of others but it must look within and introspect as to what it has delivered as an opposition in the state.

Just two days ago the BJP started a district-wise 'Jan Aakrosh Rath yatra' but it was a failure from day one, he claimed.

The Bharat Jodo Yatra will be historic in Rajasthan, he said.

Congress persons from all regions, religions, castes and communities will come together as one unit and be seen shoulder to shoulder with Rahul Gandhi to send out a great message of strength and unity, Pilot asserted.

The escalation of the Gehlot-Pilot rift just ahead of the entry of Rahul Gandhi's 'Bharat Jodo Yatra' into the desert state had put the party in a spot but Venugopal's visit to the state last week calmed tempers and in a show of unity both Pilot and Gehlot posed for the cameras along with the AICC general secretary.

Asim Kamal
Source: PTI© Copyright 2023 PTI. All rights reserved. Republication or redistribution of PTI content, including by framing or similar means, is expressly prohibited without the prior written consent.
Print this article 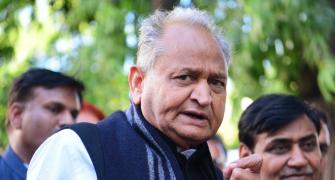 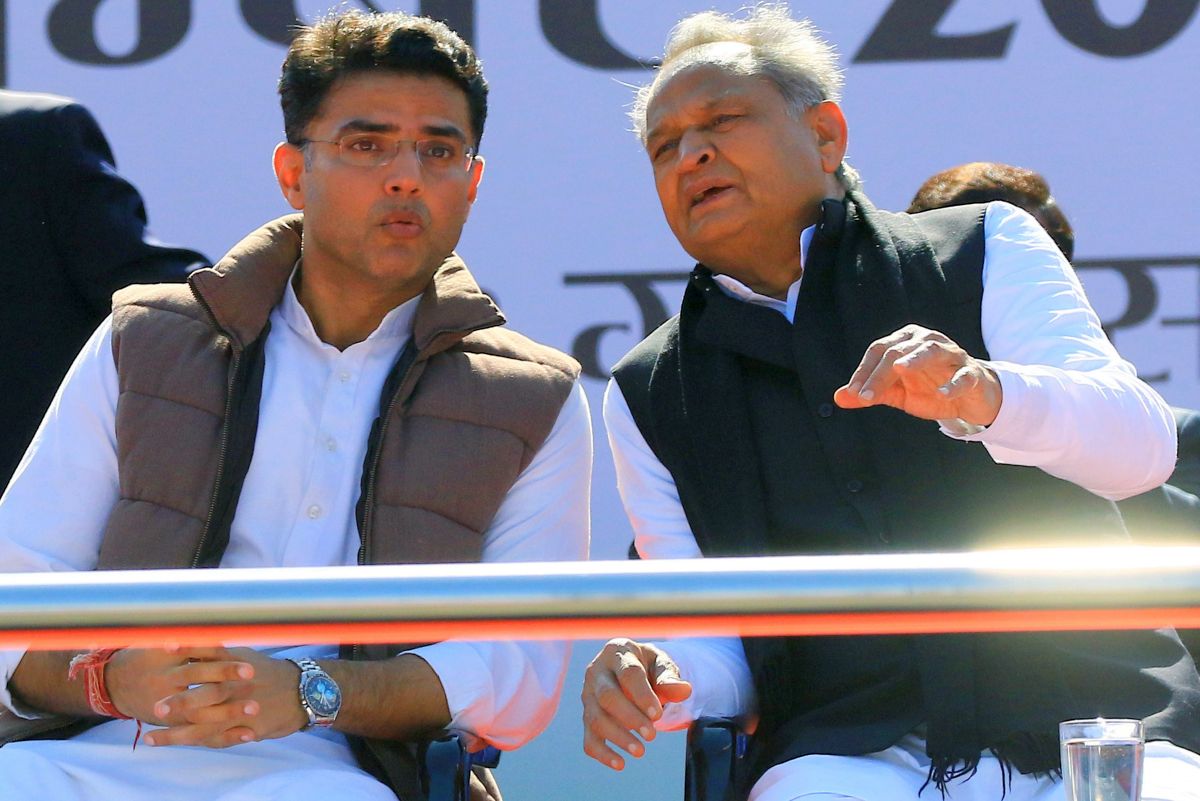 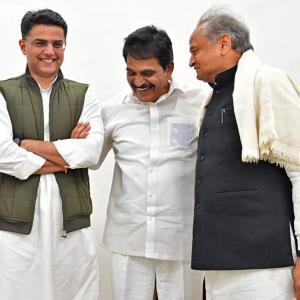