Forty-two more people were reported killed in Uttarakhand's Kumaon region on Tuesday as several houses collapsed following incessant downpour, taking the toll due to rain-related incidents in the state to 47. The connectivity to Nainital was restored in the evening after hours of struggle amid inclement weather, officials said.

With 42 new fatalities in the Kumaon region, the death toll in the disaster has risen to 47 as five deaths were reported on Monday.

Twenty-eight people were killed in Nainital district, six each in Almora and Champawat, and one each in Pithoragarh and Udham Singh Nagar districts, the official said. 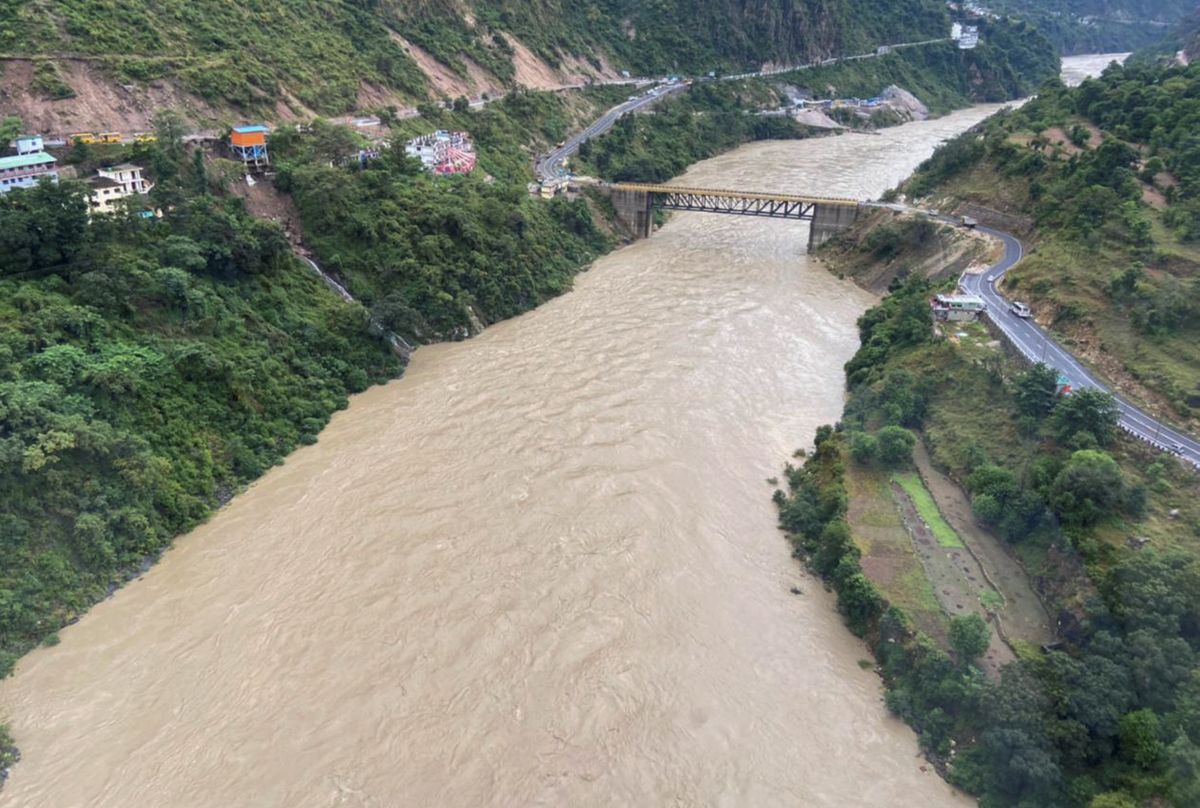 IMAGE: A view of a swollen river after heavy rains. Photograph: @ukcmo/Twitter

Chief Minister Pushkar Singh Dhami undertook an aerial survey of the rain-hit areas and also interacted with the affected people on ground zero to make an assessment of the damage caused.

He announced a compensation of Rs 4 lakh each to the next of kin of those killed in rain-related incidents across the state over the last two days.

Prime Minister Narendra Modi expressed anguish at the loss of lives in Uttarakhand and noted that rescue operations are underway to help the affected.

"I am anguished by the loss of lives due to heavy rainfall in parts of Uttarakhand. May the injured recover soon. Rescue operations are underway to help those affected. I pray for everyone's safety and well-being," Modi tweeted.

Interacting with the disaster-affected people in Rudraprayag, Nainital and Udham Singh Nagar districts, Dhami said people need to have patience in this hour of crisis.

All necessary arrangements are being made by the state government, he said, adding that there was no need to panic.

The crisis can be overcome with the cooperation of all, he said. 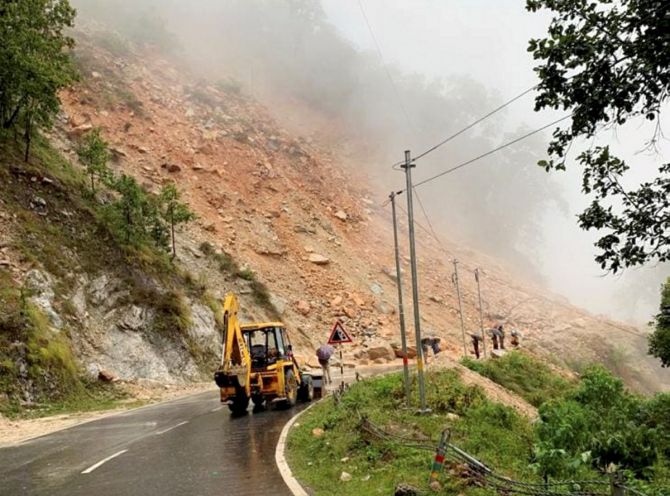 DIG Bharne said despite bad weather and continuing showers, the blocked roads in Nainital were cleared of rubble and connectivity to the tourist spot was restored.

Stranded tourists have also begun to leave for their respective destinations through Kaladhungi and Haldwani, he said.

Director General of Police Ashok Kumar, who accompanied the chief minister on a visit to the rain-hit areas of Kumaon region, said roads, bridges and railway tracks have been damaged in Kathgodam and Lalkuan in Nainital and Rudrapur in Udham Singh Nagar district.

Around 100 people stranded at the Lemon Tree resort on the Ramnagar-Ranikhet route after water from a swollen Kosi river entered the resort were later evacuated to safety.

Electricity, telecom and internet connectivity in Nainital remained badly hit throughout the day.

Three Indian Air Force helicopters have arrived in the state and are assisting in relief and rescue operations.

Two of them have been deployed in Nainital district, which has suffered extensive damage due to cloudbursts and landslides, Dhami said.

The third helicopter is assisting in rescue operations in the Garhwal region, he said. IMAGE: A portion of a bridge over Gaula river washes away due to incessant rainfall, at Haldwani, in Nainital. Photograph: ANI Photo

After conducting a survey of the affected areas, Dhami said the damage has been extensive.

He said the focus is on evacuating stranded people to safety.

He said the meteorological department has predicted an improvement in weather conditions from Tuesday evening onwards.

Dhami also reiterated his appeal to Chardham Yatra pilgrims to stay where they are and not to resume their journeys before the weather improves.

He also asked the district magistrates of Chamoli and Rudraprayag to take special care of pilgrims stranded on the Chardham Yatra route.

However, a Devasthanam Board official said the yatra to Yamunotri in Uttarkashi has resumed with a record 2,381 pilgrims visiting the Himalayan temple on Tuesday.

The State Emergency Operation Centre said most rivers in the state are in spate. The water level in the Ganga in Haridwar has reached 293.90 metres, just a notch below the danger mark of 294 metres.

Kali and Saryu rivers in Pithoragarh have reached the danger marks of 890 metres and 453 metres respectively.

The Gori river is flowing close to the danger mark at 606.75 metres, it said. 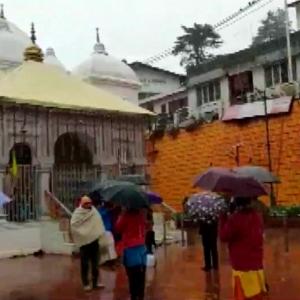