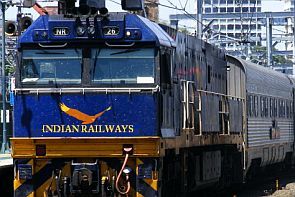 Former Railway Minister Pawan Kumar Bansal's nephew Vijay Singla and nine others, arrested in the Rs 10-crore cash-for-post railway bribery case, were on Tuesday put on trial by a special court on charges of conspiracy and corruption.

Special CBI Judge Swarana Kanta Sharma framed charges against all the 10 accused under section 120-B (criminal conspiracy) of the IPC read with provisions of the Prevention of Corruption Act.

The accused did not plead guilty to the offences and claimed trial in the case.

“We do not plead guilty and claim trial," the accused said after which the court posted the matter for August 25 for commencement of recording of prosecution evidence in the case.

Congress leader Bansal, who had to resign as Railway minister in May last year after the case came to light, has been arrayed as a prosecution witness by the CBI.

The court had on March 7 ordered framing of charges against all the accused, including the then Member (Staff) of Railway Board Mahesh Kumar.

The court, in its order, had said that corruption in India has reached "unimaginable proportions" and the case revealed a "novel way" of payment of bribe to achieve the aim.

"As I had observed earlier in my order, the culture of 'Sifarish' and right contacts with powerful persons are the only thing which matter today for earning quick money.

"Needless to say, with each changing day, the modus operandi of such corrupt person is also not only changing but the corrupt are becoming more cautious and secretive taking lessons from the previous instances of cases where corrupt officers have been caught and sent up for trial," the judge had said.

CBI had filed a charge sheet on May 2 last year against the 10 accused.

The probe agency had alleged that Singla had demanded Rs 10 crore from Kumar for his appointment to the post of Member (Electrical) and it was decided between the accused that Rs 5 crore will be paid before the appointment and the rest will be paid after the job was done.

It had claimed that first tranche of around Rs 90 lakh was given to Singla who was apprehended while accepting the money.

The court had observed that according to the evidence placed before it by CBI, it was "prime facie" clear that around Rs 90 lakh was being paid by Manjunath to Singla.

"... therefore, at this stage prima-facie it is clear that approximately Rs 90 lakh were being paid by accused Manjunath as per his conversation with Mahesh Kumar on his behalf to Vijay Singla in furtherance of conspiracy of all the accused persons," it had said.

"Therefore, at this stage it is clear that a conspiracy was hatched amongst all the accused to give bribe to Vijay Singla who had promised through Ajay Garg and Sandeep Goyal that he will use his influence on his maternal uncle, the then Railway minister (Bansal) to get posting of Mahesh Kumar's choice," it had said.

It had also observed that according to the conversations between the accused persons, it was clear that Mahesh Kumar had visited the official residence of the then Railway minister to meet Singla. 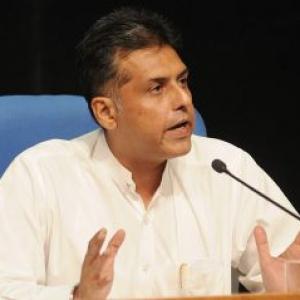 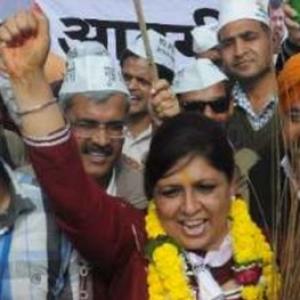