Punishment for corruption just got stricter 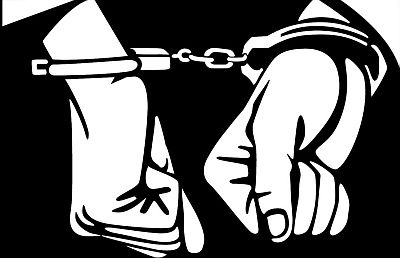 Bringing corruption into the heinous crime category, the Union Cabinet on Wednesday approved official amendments to an anti-graft legislation enhancing the penalty under it to a maximum of seven years imprisonment from the present five years.

The proposed amendments to the Prevention of Corruption Act, 1988 provides for more stringent punishment for the offences of bribery -- both for the bribe giver and the bribe taker.

To ensure speedy conclusion of corruption cases, a time limit of two years has been proposed.

"The average trial period of cases under PC Act in the last four years has been above eight years. It is proposed to ensure speedy trial by providing a trial completion (period) within two years," it said.

It is also proposed to extend the protection of prior sanction for prosecution to public servants who cease to hold office due to retirement, resignation etc.

"Further, prior sanction for inquiry and investigation shall be required from the Lokpal or Lokayukta, as the case may be, for investigation of offences relatable to recommendations made or decision taken by a public servant in discharge of official functions or duties," the release said.

The official amendments, approved on Wednesday by the Cabinet will be the part of the Prevention of Corruption (Amendment) Bill, 2013 pending in Rajya Sabha, also provides guidelines for commercial organisations to prevent persons associated with them from bribing a public servant.

The official amendments propose to confer the powers of attachment upon the trial Court (Special Judge) instead of the District Court.

These amendments are mainly aimed at laying down more stringent measures to tackle corruption.

"Intentional enriching by public servants will be construed as criminal misconduct and possession of disproportionate assets as proof of such illicit enrichment," it said.

Non-monetary gratification has also been covered within the definition of the word gratification, the release said.

Expanding the ambit of provision for containing inducement of public servant, it is proposed to include "commercial entities" to check supply side of corruption in the amendment Bill.

The proposed amendments would fill in perceived gaps in the domestic anti-corruption law and also help in meeting the country's obligations under the United Nations Convention Against Corruption more effectively, the release said.

It has also added definition for obligation of a public servant.

"The obligation of a public servant has been explicitly delineated such that the public servant deters from violating a statutory duty or any set of rules, government policies, executive instructions and procedures," as per the explanation proposed to be incorporated in the amendment Bill.

The Prevention of Corruption Act was enacted in 1988. Later developments, such as, India ratifying the UNCAC, international practice on treatment of the offence of bribery and corruption, etc. necessitated a review of the existing provisions of the Act, so as to bring it in line with current international practice and also to meet, more effectively, the country's obligations under the UNCAC, the release said.

The Prevention of Corruption (Amendment) Bill, 2013 was introduced in the Rajya Sabha for the purpose on August 19, 2013.

The Department Related Parliamentary Standing Committee submitted its report on the Bill to the Rajya Sabha on February 6, last year but the Bill could not be passed.