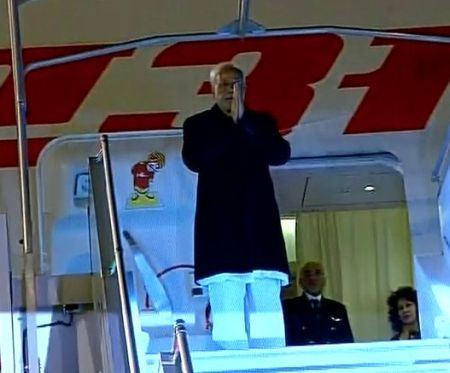 Prime Minister Narendra Modi on Monday night left for New Delhi after wrapping up his two-day visit in Paris during which he attended the crucial climate change conference and launched the India-mooted International Solar Alliance.

Modi, who had a packed schedule during his stay in Paris, also met US President Barack Obama on the sidelines of the climate conference and held a bilateral meeting with Japanese Premier Shinzo Abe.

Modi and his Pakistani counterpart Nawaz Sharif also had a "casual meeting" on the sidelines of the climate summit, warmly shaking hands before sitting down for a brief chat.

Modi along with French President Francois Hollande launched the International Solar Alliance and pledged India's assistance of USD 30 million for the initiative that brings together developed and developing countries.