14 killed as plane crashes in Kazakhstan

At least 14 people were killed and several others sustained injuries after a plane carrying 93 passengers and five crew members crashed near Almaty airport in Kazakhstan on Friday. IMAGE: Emergency and security personnel are seen at the site of the plane crash near Almaty, Kazakhstan. Photograph: Pavel Mikheyev/Reuters

According to Kazakhstan's civil aviation agency, the Bek Air plane "lost altitude during take-off and broke through a concrete fence" before hitting a building.

In a statement posted on social media, the Almaty International Airport authorities confirmed that at least 14 people were killed at the site of the crash, while 22 others sustained severe injuries and were taken to two hospitals.

A special commission is investigating the circumstances leading to the deadly incident, airport officials said. 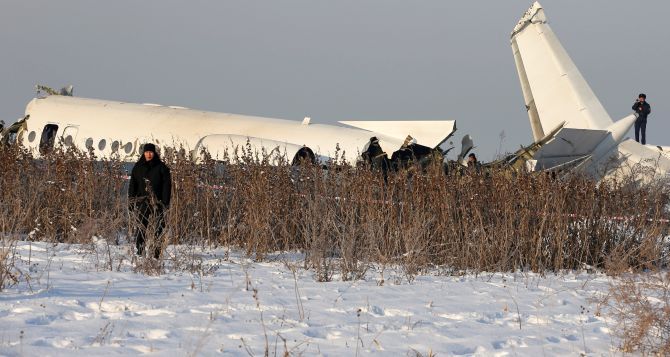 IMAGE: The plane crashed in a residential area, where people are being evacuated. Photograph: Pavel Mikheyev/Reuters

In a statement published on social media, Kazakh President Kassym-Jomart Tokayev expressed condolences to the friends and families of those killed in the crash.

"All those injured will be rendered assistance. All those responsible will carry severe punishment in accordance with the law," Kaz Inform news agency quoted the president as saying in the Kazakh language. 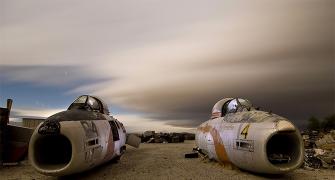