Where planes go to die

Have you ever wondered what happens to aircraft after they become too old?

They are put to rest -- they undergo funeral-esque rituals known as ‘pickling’; their engines are removed, the windows covered and the fluids drained. But of course these giants are too big to bury. In the parched deserts, where a dry climate is an old machine’s best ally, aircraft, young and old, lie nose to tail, row after row like fallen soldiers in the secluded airplane boneyards.

And these airplane graveyards become the perfect playground for photographer Troy Paiva. A son of a flight engineer, Troy Paiva has spent his childhood engrossed in aviation books and surrounded by model aircraft. A veteran junkyard photographer, Paiva uses these airplane graveyards as perfect material and the result is his forthcoming book, "Boneyard: SoCal's Aircraft Graveyards at Night". The above image shows two damaged North American F-86 Sabre Jets. 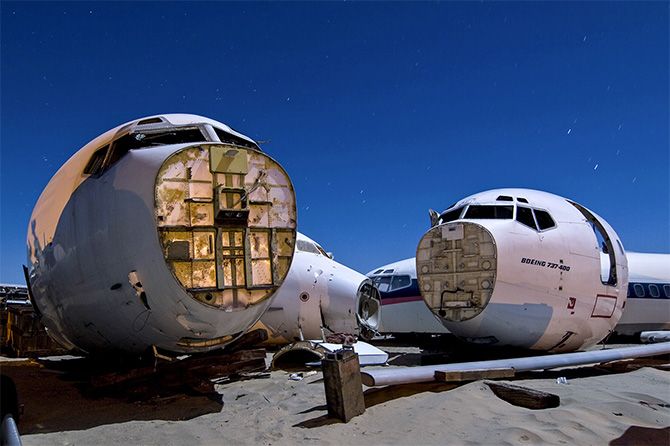 A Boeing 727, 737 and MD-80 lay derelict. Paiva's colourful photos were taken in a variety of locations in California's Mojave Desert, where retired planes languish. 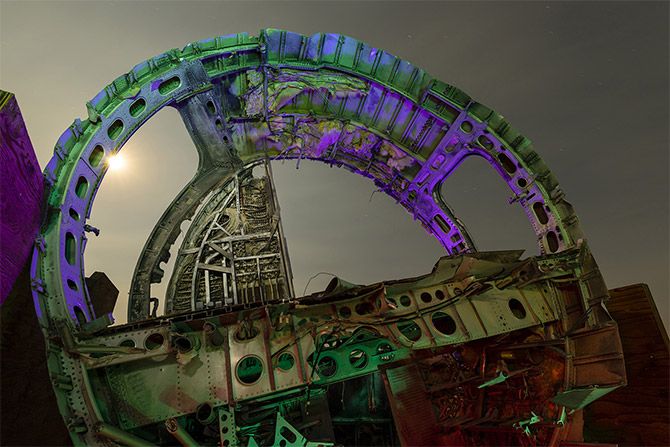 Paiva is something of a minimalist. He doesn't use light stands, softboxes or power supplies. He “paints” light onto his subjects during two-to eight-minute exposures with some pretty low-tech gear. Paiva says that his photography takes place normally at night; imagine the eerie silence as he covers his subjects 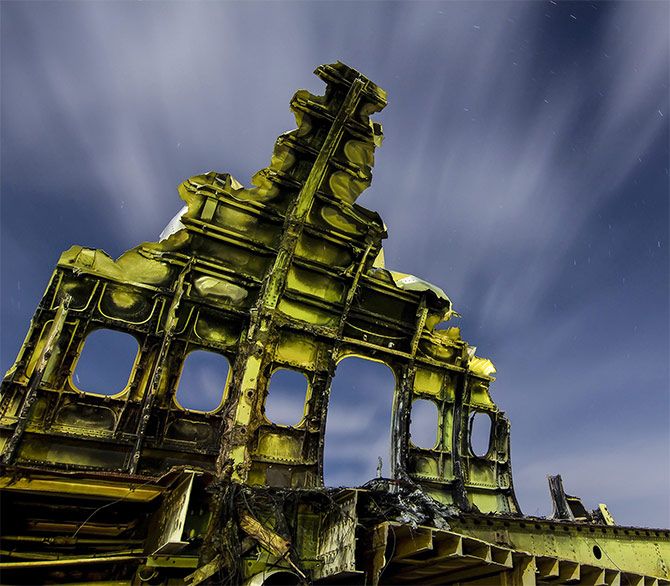 The almost skeletal remains of a Boeing 747 pictured at an aviation warehouse. Paiva's fascination with decay has been a long-run affair. He has, in the past, captured abandoned farms, cars, gas stations and amusement parks across the western United States. 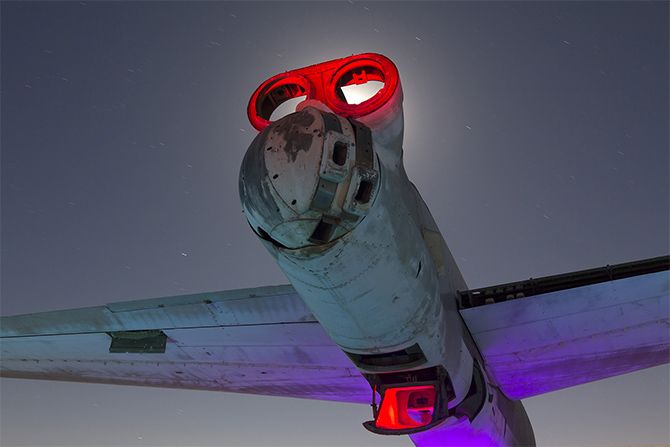 When asked about his images, Paiva says, "It’s surreal, and it’s dramatic, and it’s fun. It’s like going to Disneyland for me. It’s a wonderland of debris.” 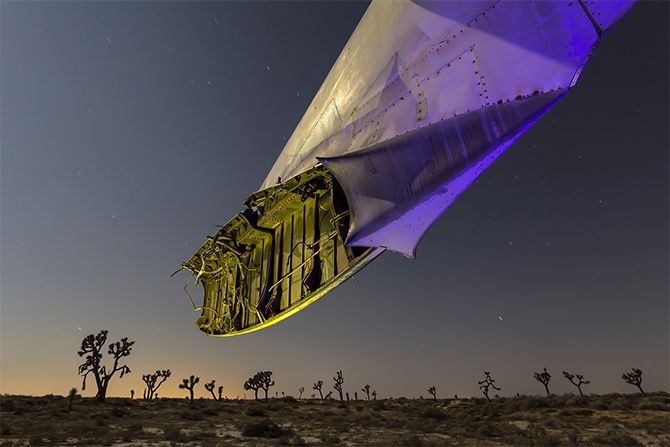 Since 2006, Paiva has made the trek to the desert half a dozen times for multiple nights each visit. The remains of a B-52 Stratofortress, a regular part of the US Air Force since 1955. For movie buffs, here's an interesting piece of trivia; the plane featured prominently in Stanley Kubrick's 1964 movie "Dr Strangelove." 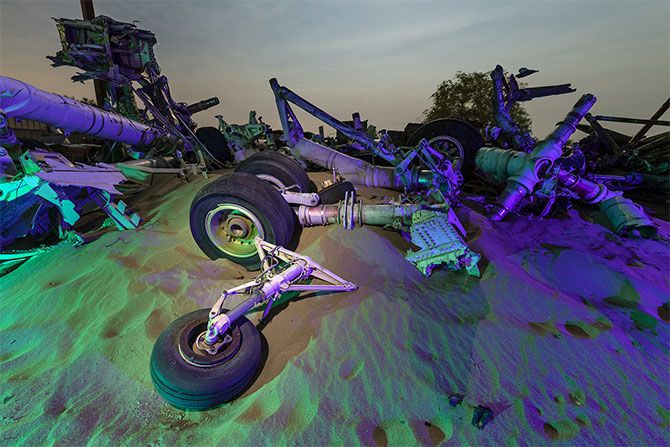 "Boneyard: SoCal's Aircraft Graveyards at Night," published by America Through Time, is available July 29.
SHARE THIS STORY
Print this article 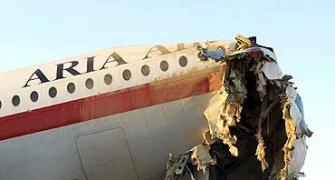 IN PHOTOS: The most DISASTROUS air crashes!