From climate change protests to democratic uprisings against biased and violent authorities, it is clear that 2019 was a pivotal year for citizens all over the world.

Free-to-use mobile app Agora launched its first #Photojournalism photo competition to give photographers a way to shed light on specific issues. The competition gathered more than 12,321 submissions from amateur and professional photographers all over the world.

'Young guns,' a striking picture of a group of Filipino children playing with dumpsite toy guns collected the most votes in the app, awarding its author @renebernal with a $1,000 cash prize.

Take a look at the winners' striking work. 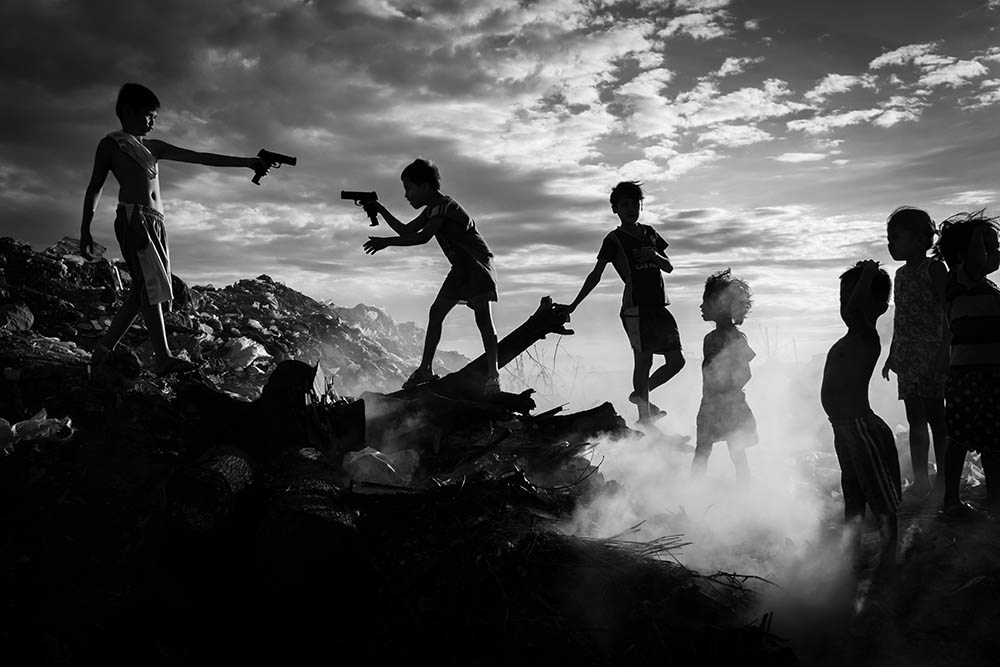 Self-taught filipino photographer @renebernal shot this staggering photo in a dumpster in San Dionisio, a district located in the southern part of Metro Manila. "Everywhere in the world, children are increasingly exposed to guns, whether real ones or just toys, causing much worry to parents and to the community in general. I was amazed to see these children who were playing in a dumpsite located right in the middle of Paranaque City. They were totally oblivious of the hazards of their recreation. Indeed, a poignant reminder of how these children are able to find ways to enjoy their childhood, even in the most distressing environments," said the photographer of the image.
Photograph: @renebernal/AGORA Images

The biggest eruption of Mt Sinabung 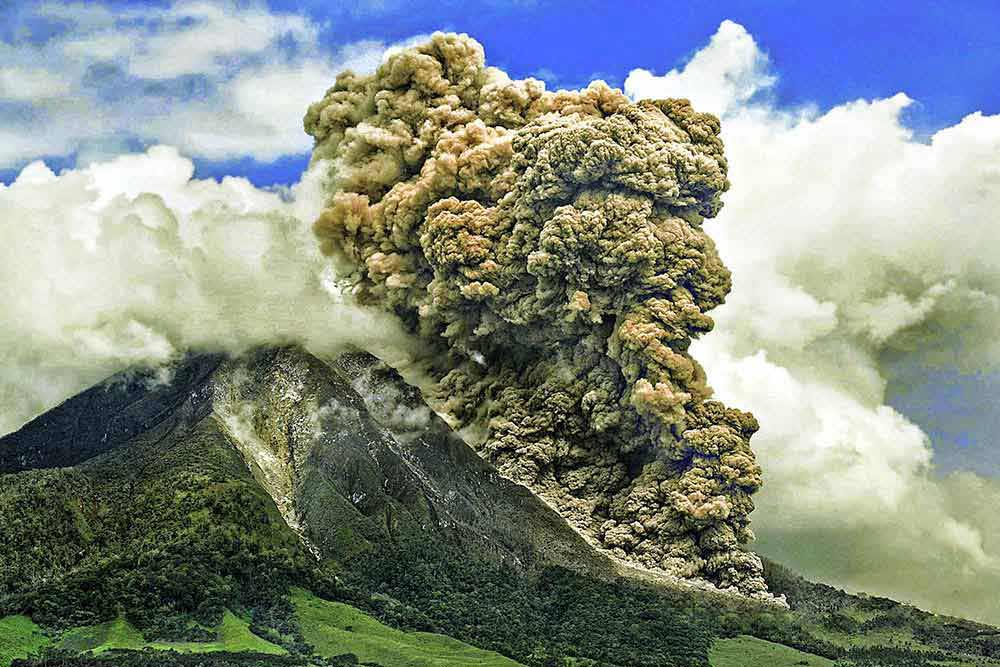 To this day, the status of Mount Sinabung is still the same: this volcano hasn't stopped erupting since 2013. By sharing this photo, I would like to convey a message that we humans should have been taking care of nature before it got angry.
Photograph: @kriswantoginting/AGORA Images 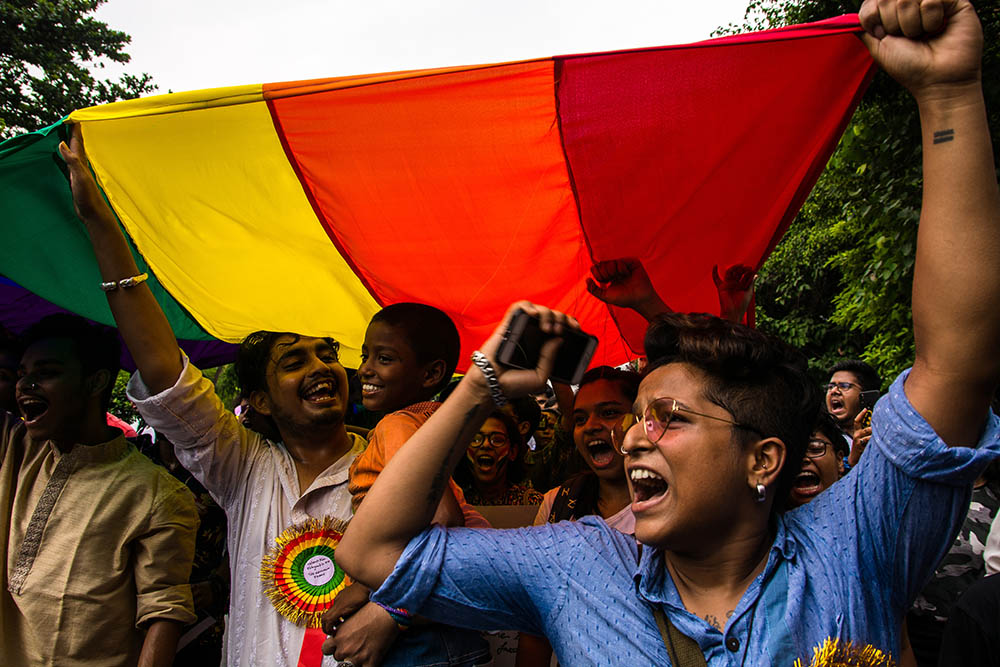 This photo 'Pride Walk' portrays the happiness and freedom felt by the LGBT community in India after the Supreme Court of India decriminalised homosexuality by declaring Section 377 of the Indian Penal Code unconstitutional.
Photograph: @prit28/AGORA Images In this shot you can see Willy, a demonstrator who got shot in the face with rubber bullets by the national guard in Caracas, Venezuela. Willy was playing a violin when he was shot. Since 2014, Venezuela has seen civil insurrection, protests and multiple political demonstrations as the country combats high levels of inflation, violence and the under-funding of basic services.
Photograph: @leowillgo/AGORA Images Southern parts of Bangladesh get flooded every year because of climate change. More than 3 million people have been affected by floods, during 20 days in 21 districts.
Photograph: @momin21a/AGORA Images This is a normal day at work for the Norwegian search and rescue services. The rescue team are carrying out their training over the Norwegian mountains. Often the preferred way of access when the helicopter can’t land is by 'hoisting'.
Photograph: @øystein/AGORA Images

A soldier and his son before leaving for duty 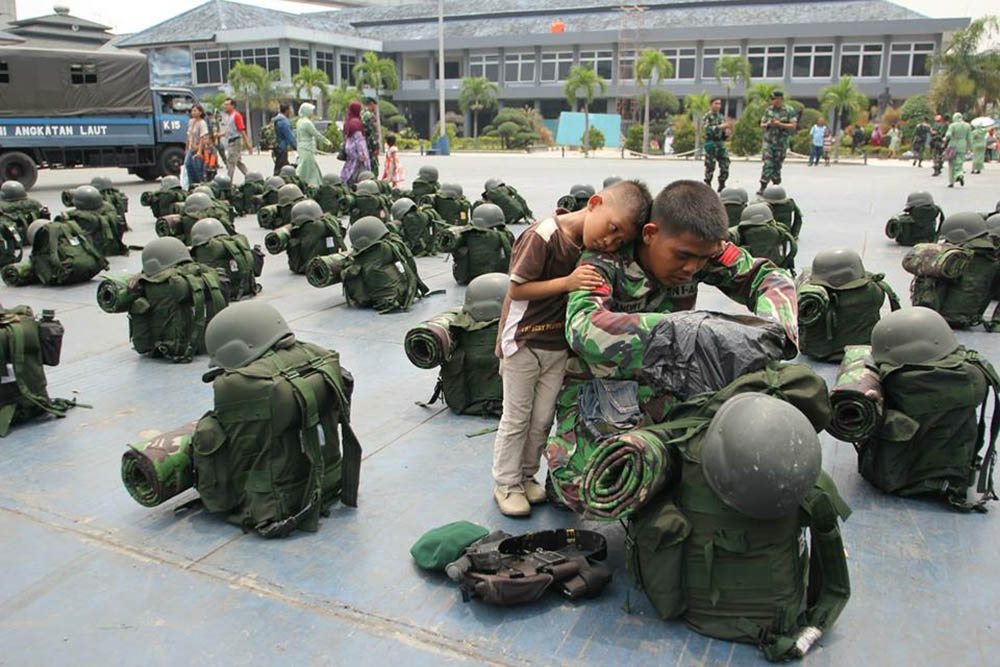 I was so moved by this interaction between a father and his son. The child didn't want to leave his dad. The soldier took something out of his bag to give his son in order to make him feel better.
Photograph: @dimasrachmadan/AGORA Images This protest march was set against the imprisonment of the pro-independence politicians. It shows a massive march demanding the reconstruction of a country with the Sagrada Família in the background, one of the symbols of Barcelona and Catalonia, under construction.
Photograph: @oscar_peneloIt/AGORA Images 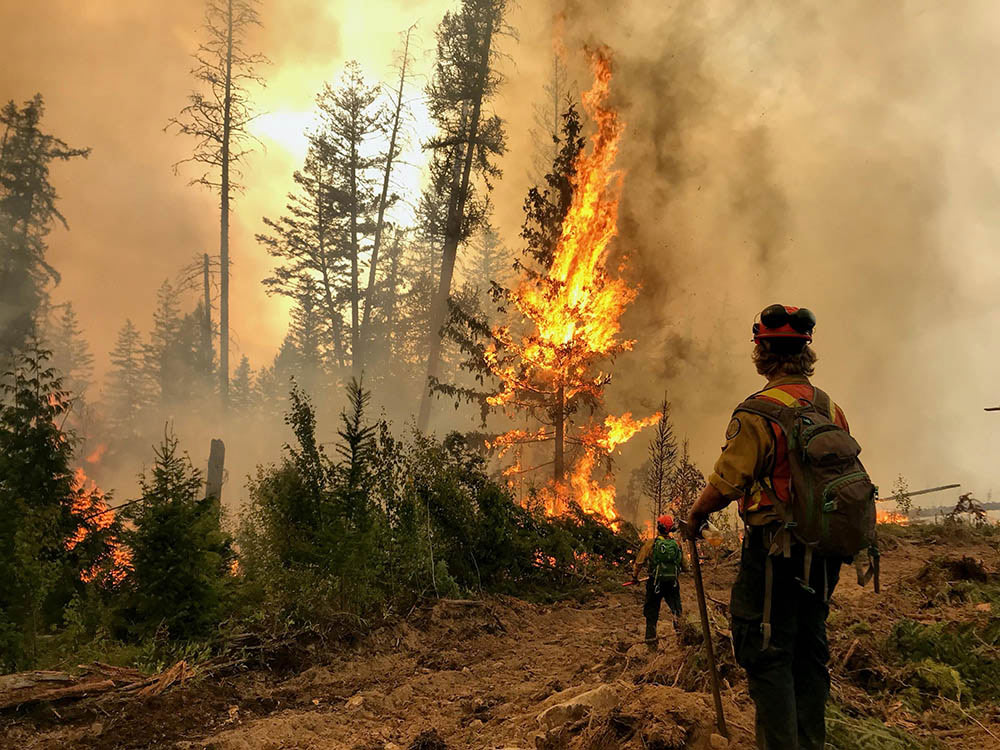 After a long day, starting at 7 am, we went on a patrol along a section of the fires perimeter to make sure that the fire had not jumped the guard and continue to burn the untouched forest. While walking an area candles up in front of us, after a brief pause, we kept on going. Five minutes later we looked behind and the area we were walking was black with smoke. We then received news that the fire had jumped the guard higher up. After hiking roughly and hour up what can only be described as a steep hill we made it to join the others help extinguish the area of fire. Climate change is one of the biggest issues we face, with a huge percentage of wildfires being man made, it is vital to spread the word and understanding on just how dangerous wildfires are to those who live in areas of the world with high heat and humidity. Being from the UK where wildfire are extremely uncommon and my lack of knowledge and understanding, to then experience working in the industry fighting fires is eye opening.
Photograph: @RhythmOutdoors/AGORA Images 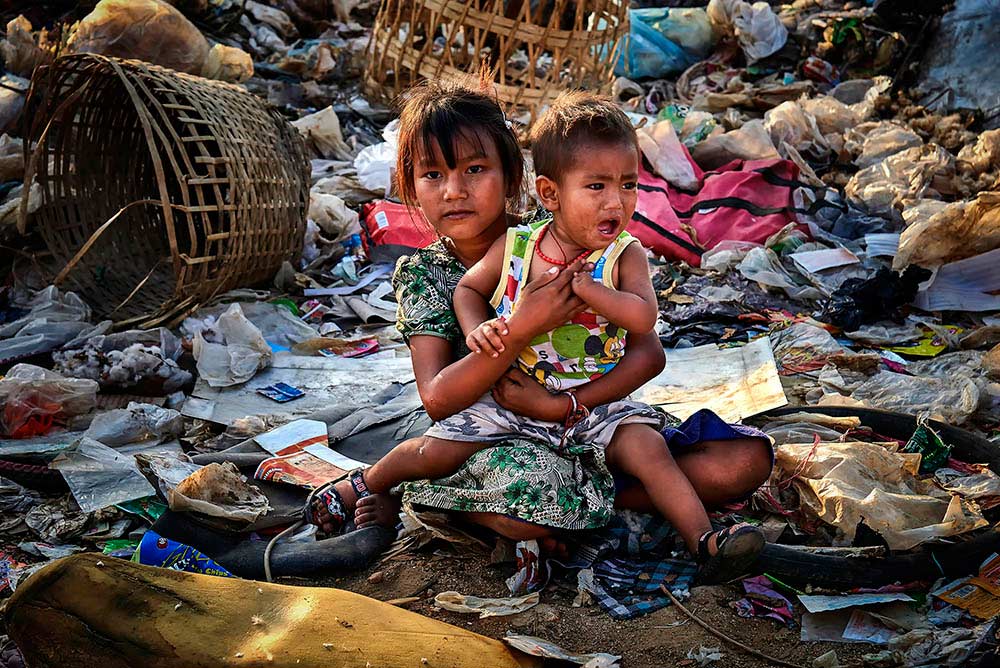 The image shows a young girl looking after her sibling, surrounded by rubbish in Mandalay, Myanmar. It demonstrates how dirty and dangerous the environment is for street children in Myanmar.
Photograph: @chanthar/AGORA Images The general strike brings the French protesters to the streets
Photograph: @inthpeck/AGORA Images Dozens of colourfully-dressed men cling precariously to the outside of a train as it returns from a Muslim festival in Bangladesh. The image was taken at Dhaka's airport railway station during Biswa Ijtema, the second largest congregation of Muslim community after Hajj.
Photograph: @sakter/AGORA Images The phrase ' tourists go home, refugees welcome' has sprung up over the city's walls after a protest in 2017 demanded the Spanish government allow more refugees into the country. The Spanish media dubbed this movement 'tourismphobia ('turismofobia in Spanish) that then spread to other popular tourist destinations in Europe hoping to free their cities from the invasions of visitors.
Photograph: @ray_photographer/AGORA Images This shot really expressed the stupid thing about war. The photographer wanted 'to create a sad feeling for the viewer.' He added that 'those fallen soldiers have sacrificed their youth for our future.' The image was taken at Ypres in Belgium. During the First World War, the First Battle of Ypres was fought here in October 1914 until November 1914. The area also saw a deadly second battle in April 1915 that took the lives of many young soldiers.
Photograph: @rvb_productions/AGORA Images A protestor throws fire into the distance in Caracas, Venezuela. Since 2014, Venezuela has seen civil insurrection, protests and multiple political demonstrations as the country combats high levels of inflation, violence and the under-funding of basic services.
Photograph: @donaldobarros/AGORA Images A women's protest in Buenos Aires in Argentina to legalise abortion. In Argentina, abortion is considered a crime against a life, unless performed by a certified doctor under certain circumstances, and can result in up to fifteen years of prison for anyone who induces the procedure.
Photograph: @franciscopaez /AGORA Images 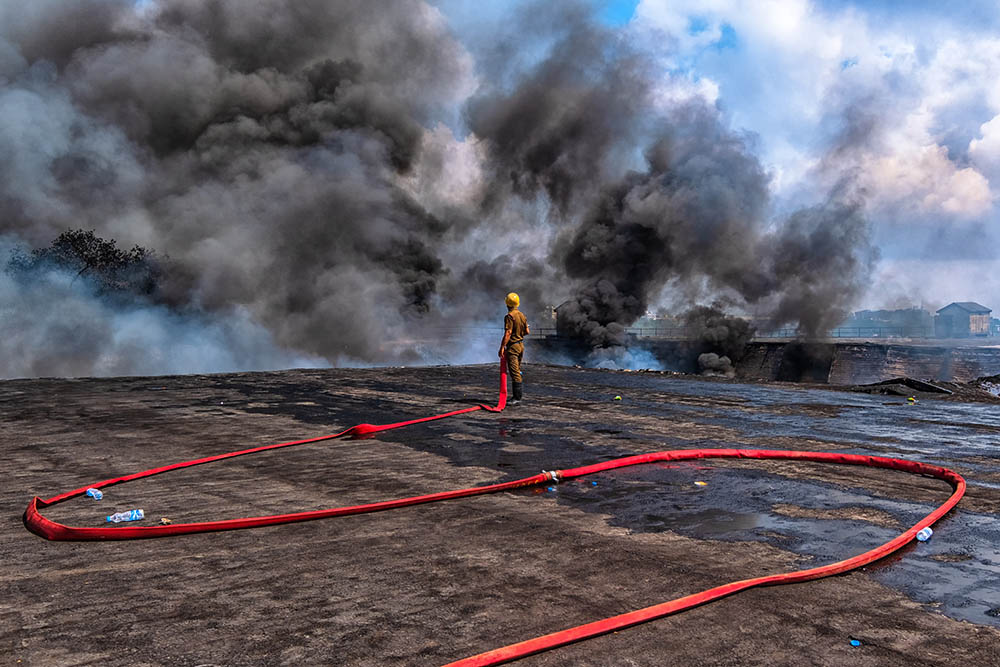 A huge fire had broken out, it took around 72 hours for these brave firefighters to control. At this very moment, when his team was busy changing the water tanks on the fire engine, this lone firefighter was looking at that huge fire as if he was so desperate to control the fire by himself. l wanted to document his moment of bravery. The rooftop where this brave fighter was standing crumbled later by the amount of heat generated during that fire.
Photograph: @dipabrata/AGORA Images A lady holds her hand to her face in grief as protesters fly the Lebanese flag overhead. Lebanon has seen an increase in civil protests in recent years, triggered by corruption and austerity.
Photograph: @notsotoya/AGORA Images 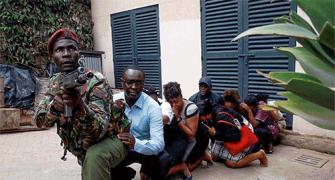 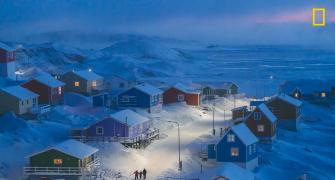 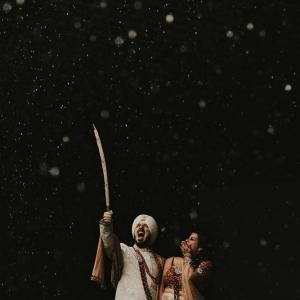 These photos will make you want to say 'I Do' 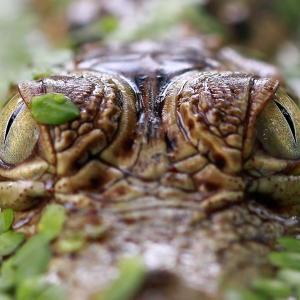 These images are truly 'Eye catching'