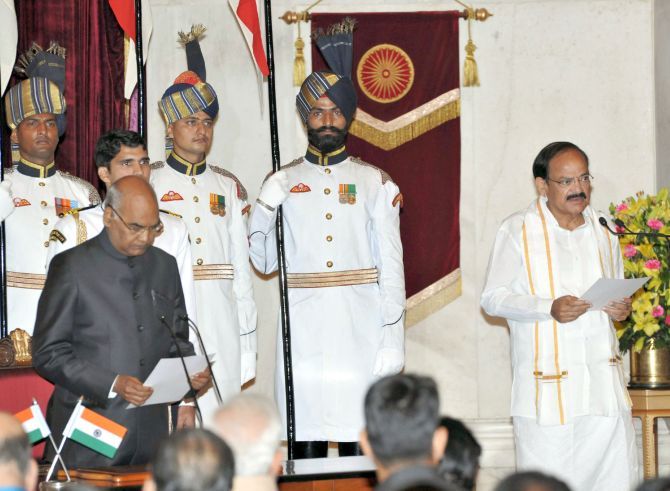 M Venkaiah Naidu was on Friday sworn in as the 15th vice president of India.

President Ramnath Kovind administered the oath of office to Naidu, 68, at a brief ceremony in the Durbar Hall of Rashtrapati Bhawan attended by political leaders cutting across party lines.

Wearing his trademark white panche (lungi) and white shirt, Naidu took oath in Hindi in the name of god. 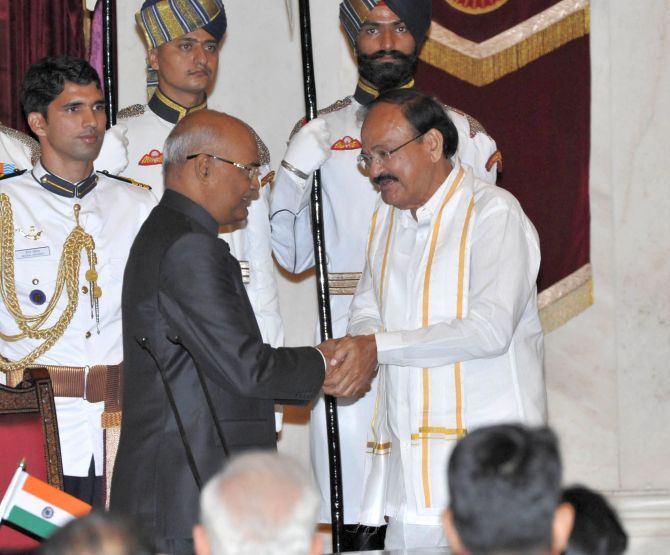 While he is the 15th vice president, he is the 13th person to hold the constitutional post. His predecessor Hamid Ansari and the first vice president S Radhakrishnan had held the post for two consecutive terms. 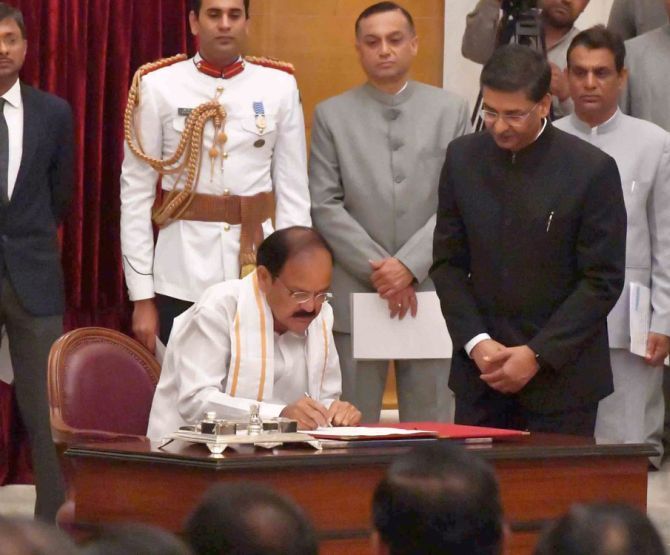 Delhi Chief Minister Arvind Kejriwal and his Bihar counterpart Nitish Kumar -- who has joined hands with the BJP in his state -- also attended the ceremony at Rashtrapati Bhavan. 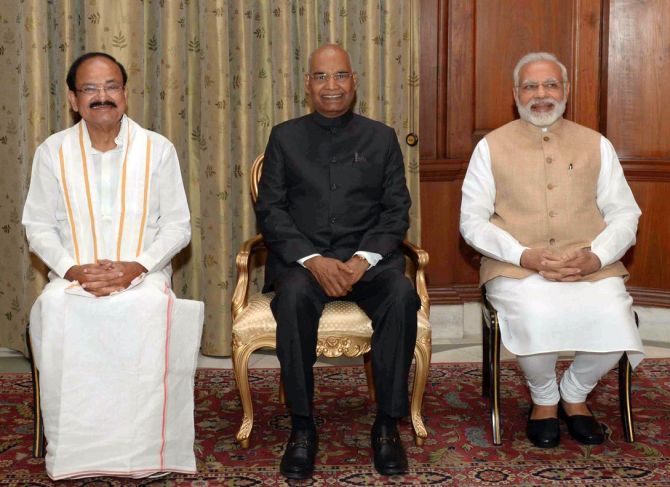 This remarkable career in politics has been more than four decades in the making. 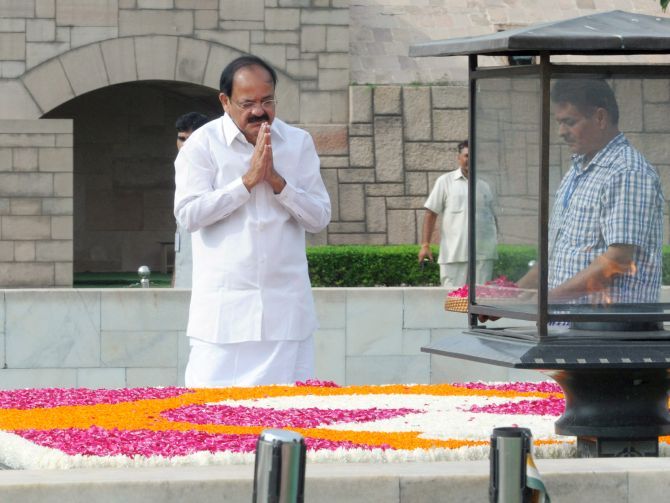 It began in the 1970s when BJP's precursor Jana Sangh was a marginal player with little clout in the south and a young party worker kept himself busy putting up posters of stalwarts such as Atal Bihari Vajpayee and L K Advani.

Naidu has come a long way since those days of political obscurity. 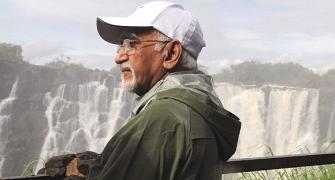 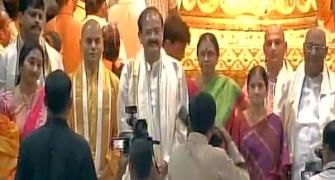 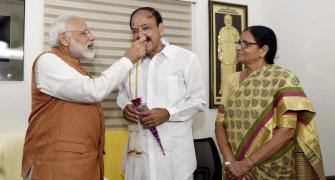 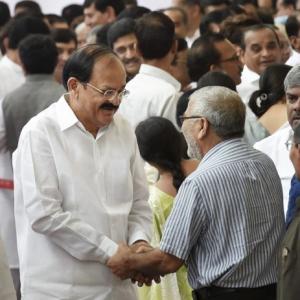 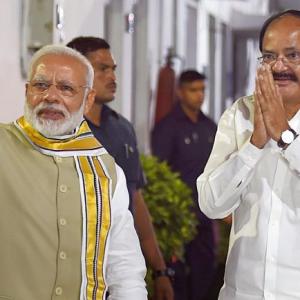